We decided to have a day out, and see more of the area, which not only gives us a breath of fresh air, but also enables us to view where we might like to eventually buy our house.

So with coats in the car, Marcela, Maria Elena and I set off for San Pedro de Los Milagros at 2500m, after a steep climb up the mountains, we found our way into the centre of San Pedro.

Where we wandered round to get the feel of the place, it was bigger than I had expected, there was everything there to survive without having to go down to the City, it was clean, and had a nice feel about it.

After we had had a coffee, during which I am sure Maria Elena had her eye on someone! we went for another walk, before heading off. 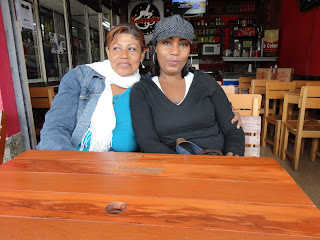 From there, we went to Via Lactea, which is an educational farm as the name suggests, just outside San Pedro, we were taken on a guided tour of the breeding area, where they had a variety of breeds including buffalo.

It was interesting to see the differences in animal management, because the breeding stock can not wander out, they cut grass which has grown to up to eight feet, 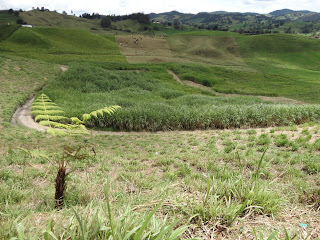 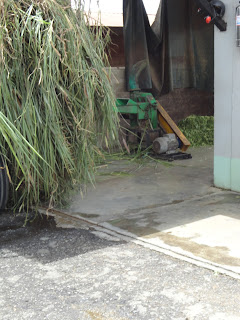 and then fed to the cattle, so they always have fresh grass. 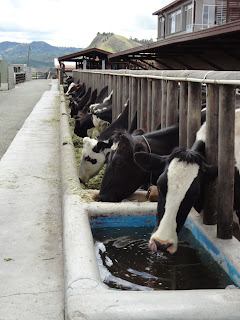 Having seen all this, it was time for us to have our lunch, so we went up to the farm restaurant, where we were watched whilst eating!!! 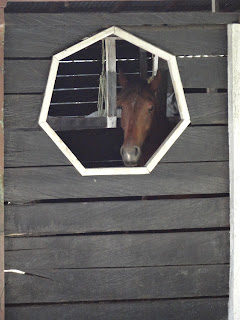 But there were also nice views...

We then continued our tour of the farm, before we eventually left about 2.45pm, and made our way home.

Back home, I went online, to find that I still had no access to my Bank Account, so the Boss got on the phone immediately, but the Call Centre were most unhelpful and said they could not get me back online, but there was a Branch open, and if we went there, it could be resolved. So back in the car, and stood at the back of a long queue, however eventually I was told it had been sorted.