This morning the three of us (Marcela, Henri and myself)  were up and out for 9am, we stopped off at the metal Fabricators, and the doors were ready but the paint was wet, they suggested we return for 11.30am to collect them.

We then headed for the house, stopping off to buy another gas cylinder, on arrival the downstairs access reja was still intact, so we could get in, and more work has been completed as you can see.


Henri checked out all the downstairs wiring and passed it as OK, and we don't need any extra sockets here. Unfortunately upstairs was well and truly barricaded, and we didn't want to disturb it, in case we couldn't make it secure again, I know we are going to need a number of new sockets up there, so we will have to look at this again on Monday.

Henri decided that we could take a spur from the meter box in the road (all meters in the area are grouped on the nearest Mains electric Pole out in the road.) to power the workshop when it is built, this will be far easier than trying to lay a cable in conduit (no armoured cable here!) down the garden from the house, and have a separate fuse box in the workshop containing both 110V and 220V power.

We then went to the neighbour who we thought was giving us trouble, and spoke to the lad, who is the son, with his Rasta hair-do, which probably hasn't been washed since he was a baby!!!!! his name is Juan, and on the face of it he is very amenable, he said he was just having his breakfast, so we said we would call back, and went for a walk.

We stopped at La Chosca, which is the Bus terminus, and only about 100m from our gate, although because it is round a corner, you can't see it....ha!ha!ha!ha! well it is where the Buses come to an end, there are a line of plastic chairs on the pavement for waiting passengers, and two Bars/SnackBars across the road, so we called in for a soft drink, after which we headed further uphill, and found a small corner shop, which will be useful, and next door to that a Billiards Hall, with one table, we might have to fight over that one. 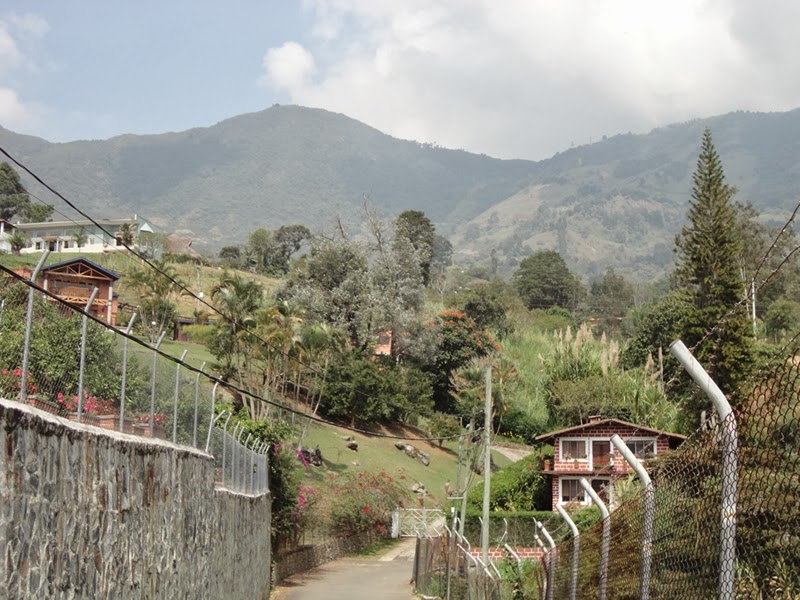 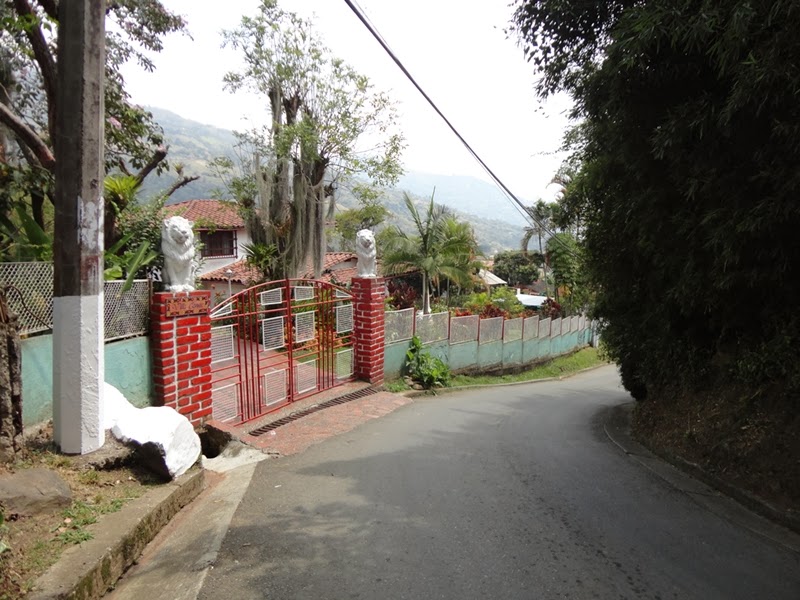 One had some very big dogs wandering around the grounds, which will make Pépe look a bit like a puppy on the prowl, when he moves in!!

There are certainly some lovely houses, and I am sure with prices to match, but whether we are the poor neighbour or not, we are happy with our lot!

We then returned to talk with Juan, he was pleasant enough, especially with Marcela! and said that he could not make the decision it would have to be his mother who was only there on Sundays, as she worked away.

Juan invited us into the garden to view the problem, and I think half the problem is that 'Don Pedro' and his cronies did not do a very good job of sealing the brickwork, they had splashed some bitumen paint on the bricks, and it was obvious they had missed much of the brick.

From the state of the whole wall, I can understand why the neighbours are not very happy, it is not very nice to look at. Maybe if finances allow, and the neighbours consent, I will have it all rendered, which will also protect our investment.

The arrangement for today, had been that we were to ring John when we were going to the house and he would meet us there, but he didn't answer his phone all morning, so in the end we gave up.

Because the place is not secure, I was not happy at the thought of collecting the doors, and leaving them at the house, so we recontacted the Fabricator, and arranged to call for them at 8am on Monday, with that we hitched up the trailer, and headed home, calling on the Administrator on the way in, to ensure there was no problem with parking the trailer here for the week-end. 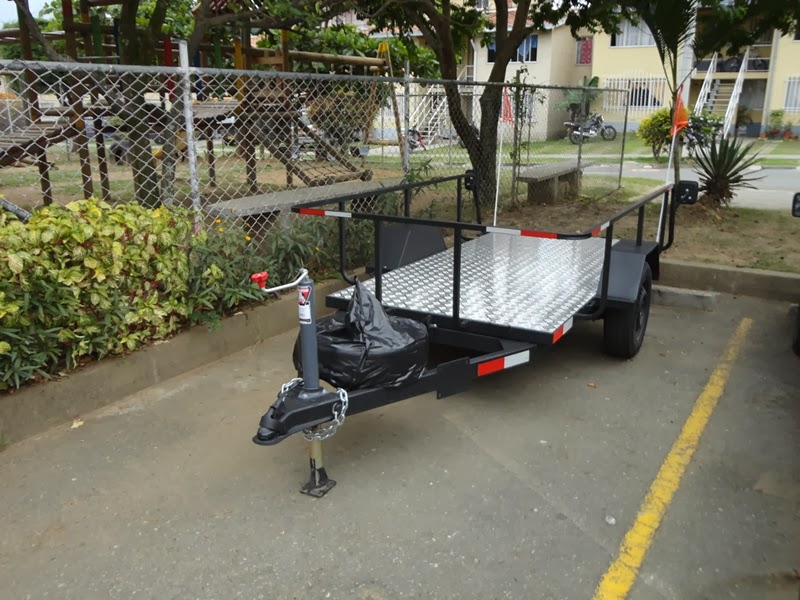 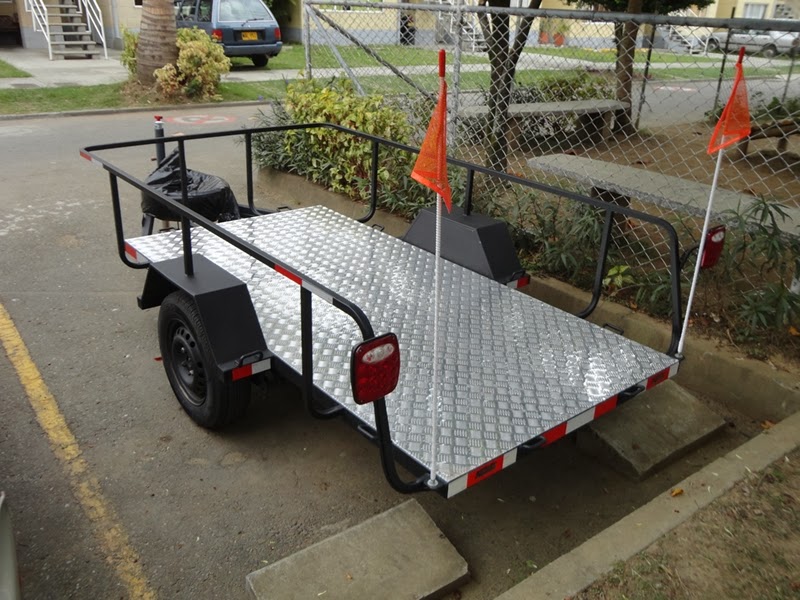