It has been really warm today, even the breeze didn't cool things off. I spent the morning carting my tools and all the other junk from the house to the workshop, I think it will be some time before I can say I am organised, I need to build racking and shelving, to store all my tools etc. as you can see! 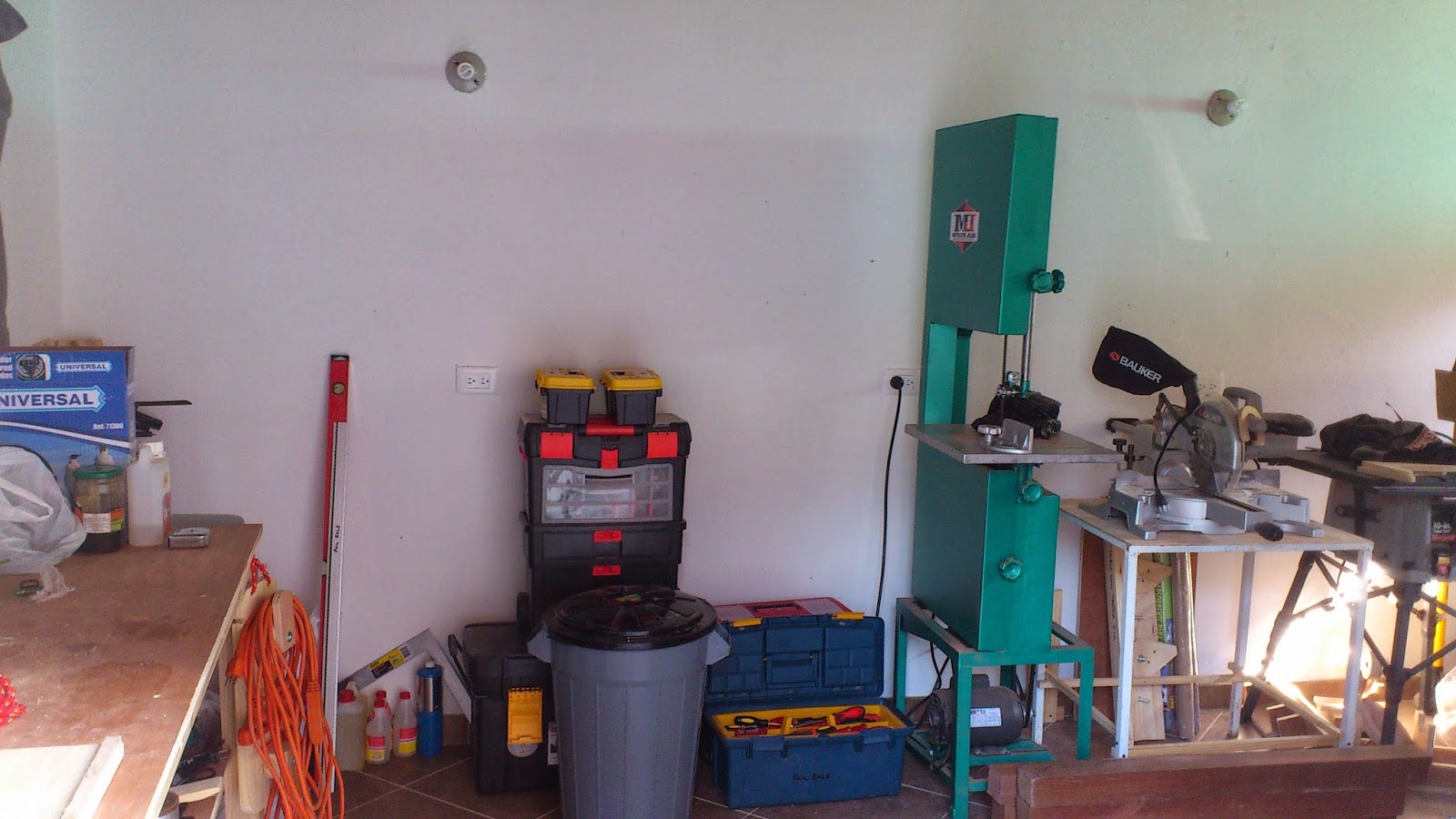 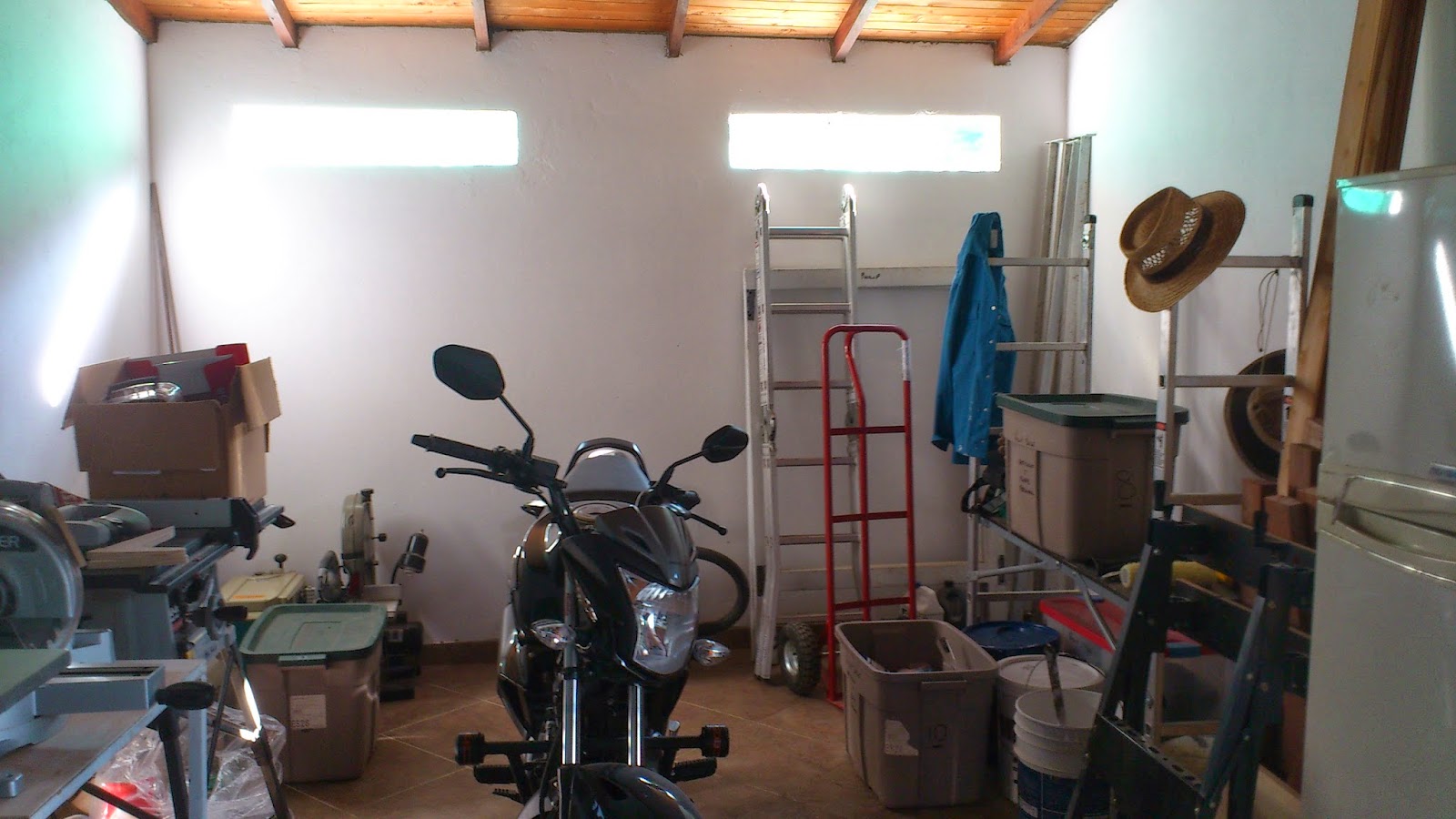 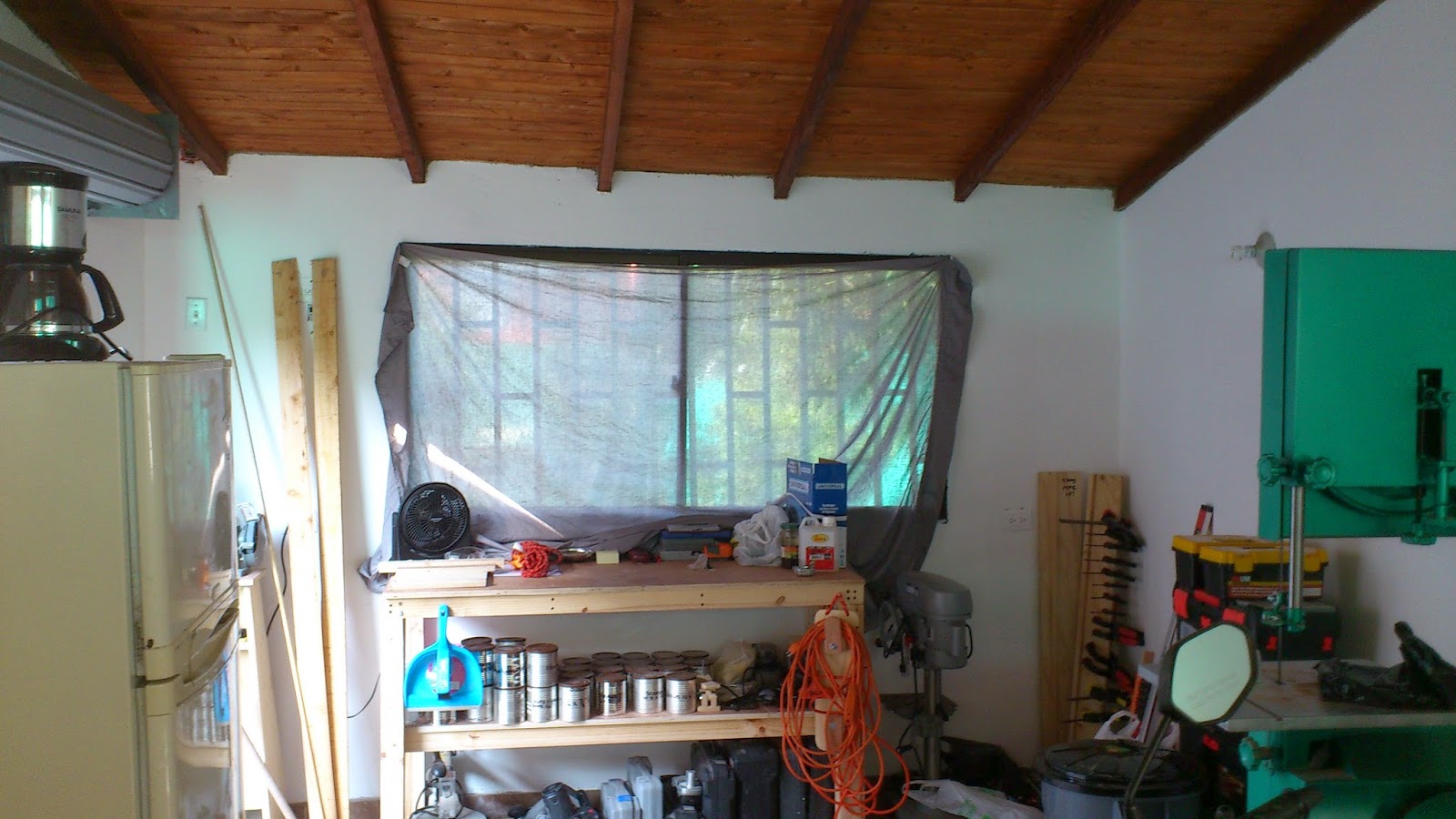 At least I am finally in! hopefully next week I will be able to get the timber to build the shelving, and then it will look a bit straighter, but at least this is now my mess, and someone is happy to have a room back that can now be used.

The parking area is coming on, hopefully it will all be finished tomorrow:

Pépe seems to like the new look, and it will keep him cleaner, rather than running through all the dust and rubble.

Marcela had an email today, which I believe confirms that she has her UK visa, however, the English version, stated that her visa could be collected from the Embassy if she wished, or it would be here in six days, the Spanish version, referred to her passport, rather than her visa, so we are going to hold fire on booking anything until she has it in her hand, but I don't think there is a problem.

However we do have a problem, well it was one, now it is two! Marcela had noted that there were cracks appearing in the wall of the balcony, which runs around two sides of the house. This morning she asked the 'Team' to have a look at it, and they think that because it has no column supports from below, the weight is too heavy for the current beams it rests on. The easy remedy being to insert a wooden column in the corner, to give added support, and stop the cracking.

Therefore this evening as it cooled down, I decided to dig the hole for the post, much like the one Henry dug for the telegraph pole, the thinking being, if I had the hole, I would go ahead and buy the post, everything was going fine, it was hard going, because I was digging through rubble, but then I heard the dreaded crack... I had put the spike of the pry-bar through a drain pipe:

including the crack to the right of the hole, it effects about 5" of pipe that we know of, until it is cut out, I won't know if the damage extends further. We have tried all the toilets, nothing, so it is not connected to the septic tank, we tried all the wash basins and kitchen sink that go to the river, nothing, that just left a downpipe from the roof, which takes the rainwater underground to the river. I will have to get a section to insert in the morning, and in the meantime hope we don't have a storm tonight...famous last words!