Back to early rises again! took Pépe for his walk at 5.40am, and it was weird, I could not see Copacabana down in the vally, it was below the cloud.

Back home, and I decided that I would complete my final project today, that would tidy up the garden, after that it would only be pottering, whilst preparing to go on holiday. So I started preparing an area in front of my workshop, where eventually we plan to put a granite bench. Using the sledgehammer to compact the bits of stone and brick that had accumulated, I then covered this with sand, followed by geotextile to stop weeds, and finally a layer of gravel. 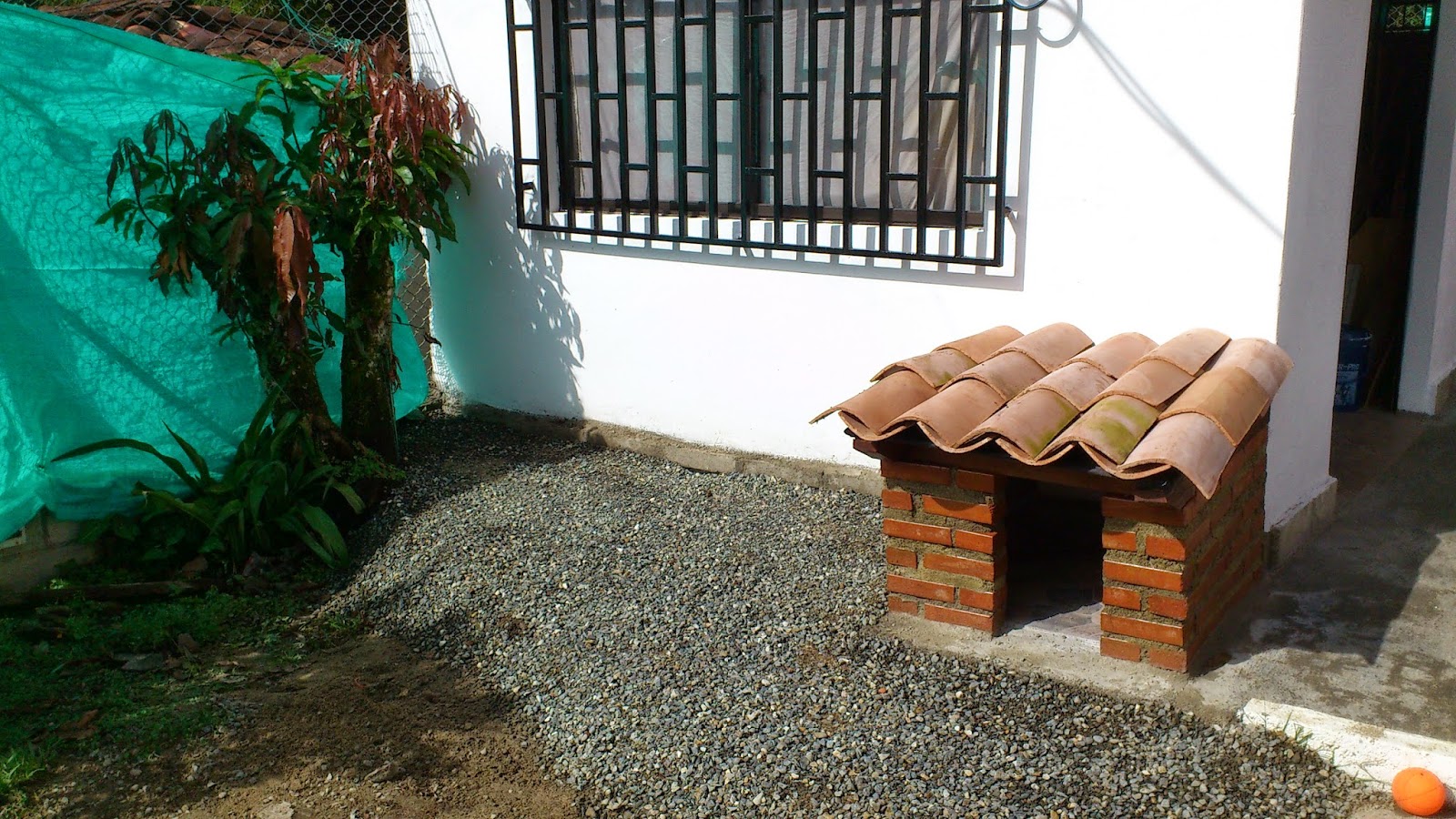 Once that was done, I used the rest of the gravel to cover the area surrounding the septic tanks, I didn't use geotextile for this, we will have to rely on weedkiller. 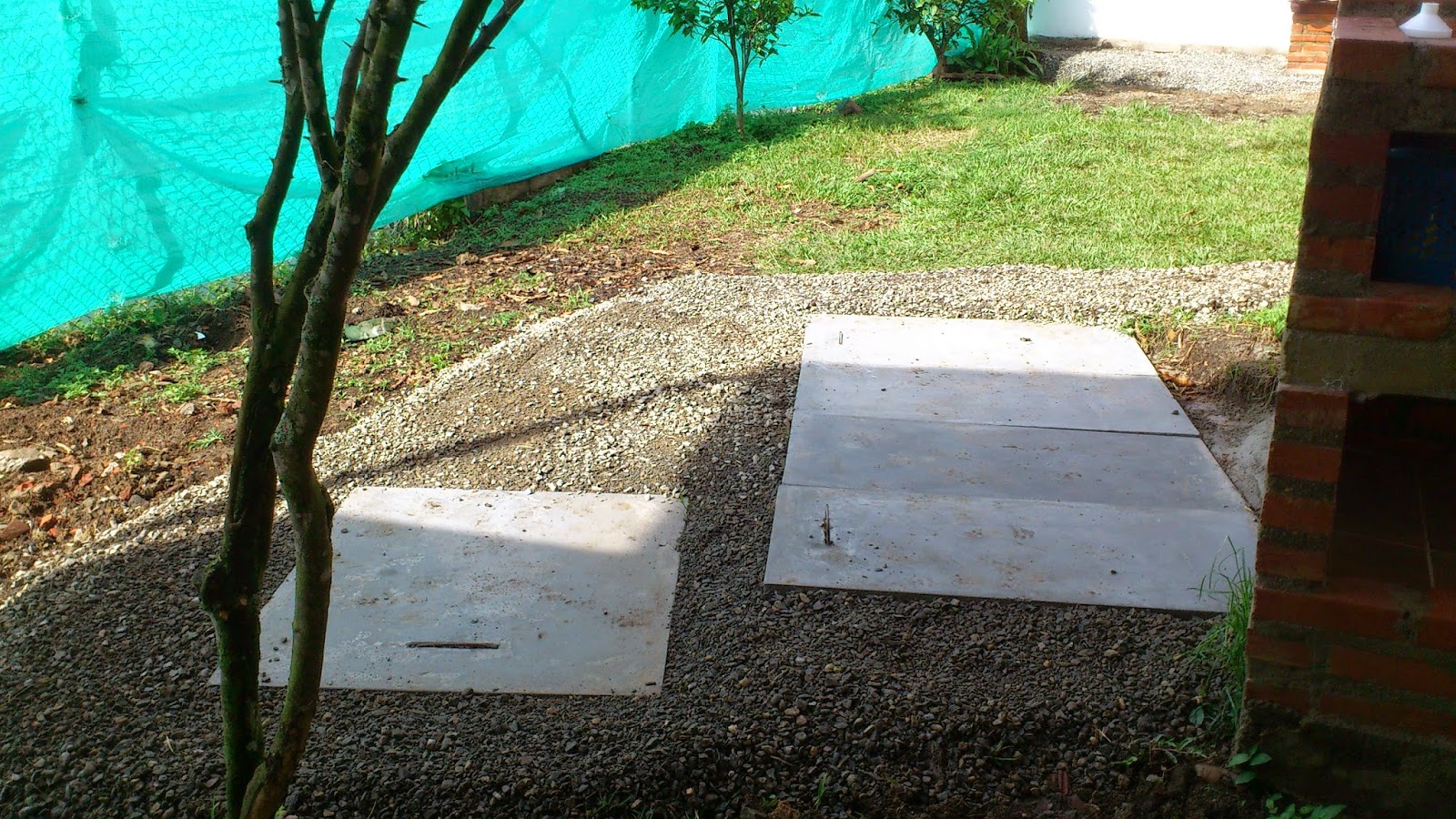 The garden looks a lot better now, as you can see from the balcony. 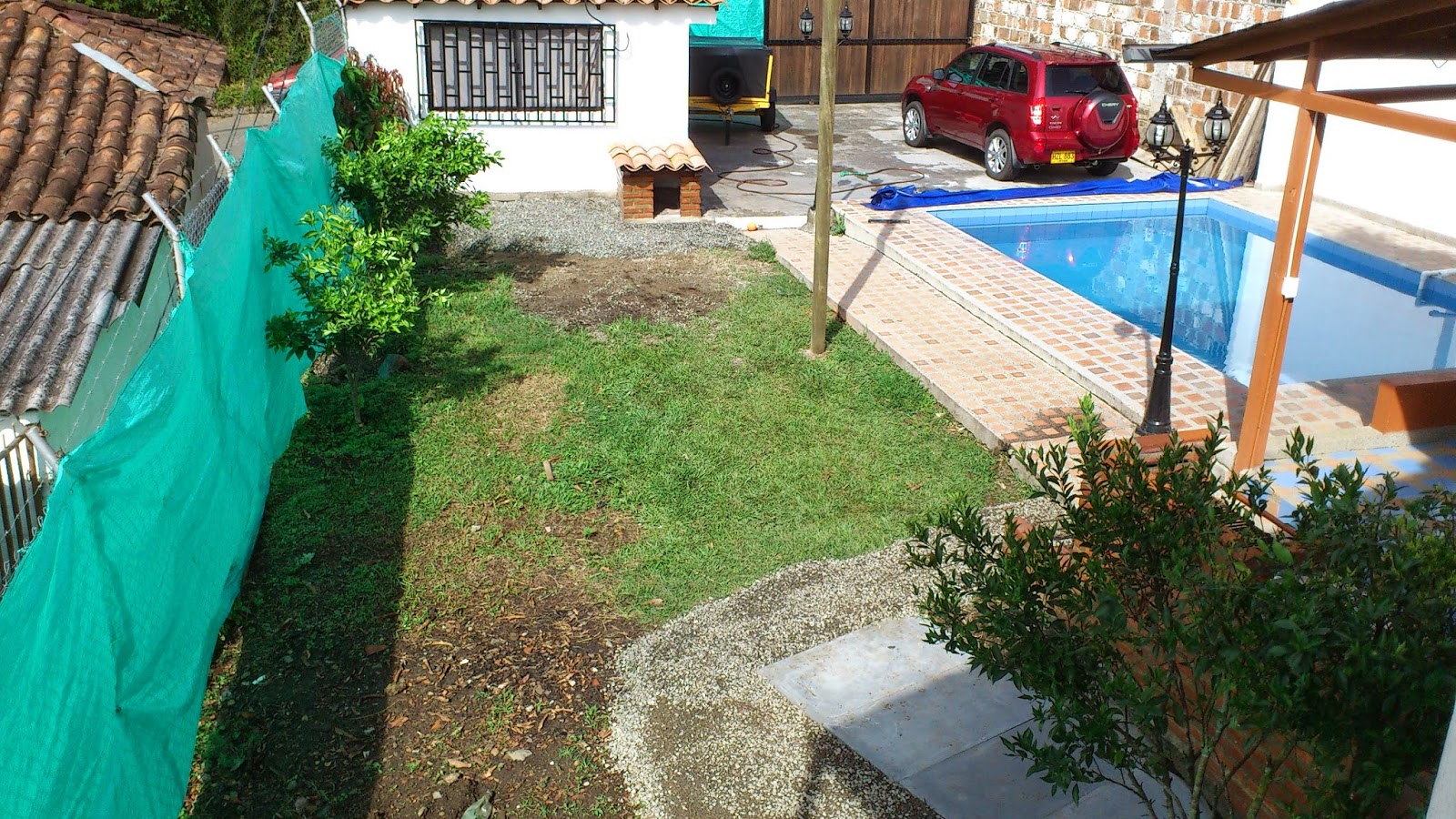 Once the patch where the gravel and sand have been standing, has grown back, it might look more like a lawn!

All this before anyone had shown their face this morning, I have a suspicion there was a headache or two, looking at what was left in the bottle!!!

I then had a shower, and turned to more administrative tasks, after breakfast, the family made the most of the swimming pool, which was just as well, because this afternoon the heavens opened, the whole garden was like a swimming pool, and everyone was running around like headless chickens, not that it mattered they were all, with the exception of Marcela, in their swimming costumes, but it beat the tropical storm we had the other day, we had everything thrown in.

It appears that we will have good security here for the time we are away, because I was asked this morning, if Sandra and Sebastian could stay whilst we are away, as it will be a holiday for them, and Sebastian will then see more of his Grandad, I'm not sure what Henry will think of the idea, when they turn up next week, so much for his peace and quiet!

Talking of peace and quiet, it has gone rather quiet here, Marcela has taken the family home, she should be back soon, I am just waiting for the call to open the gate!