So far today has been productive!  I started on the roadside garden again, despite watering the soil last night a dog has been digging it, so it looks as if we will have to have turf not grass seed. I dug out the remaining plants, just leaving the variegated grasses, because Marcela doesn't want them in the garden. 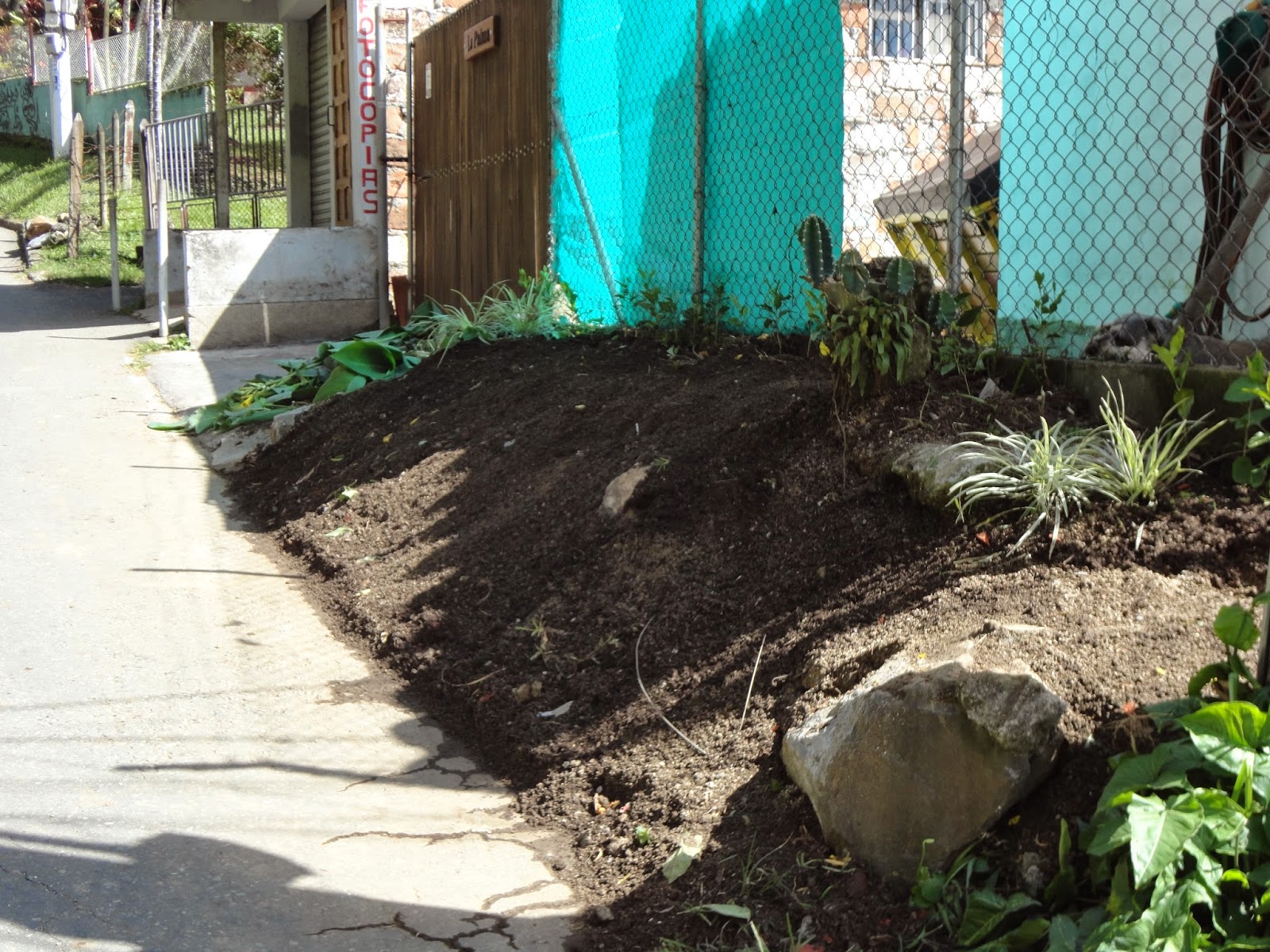 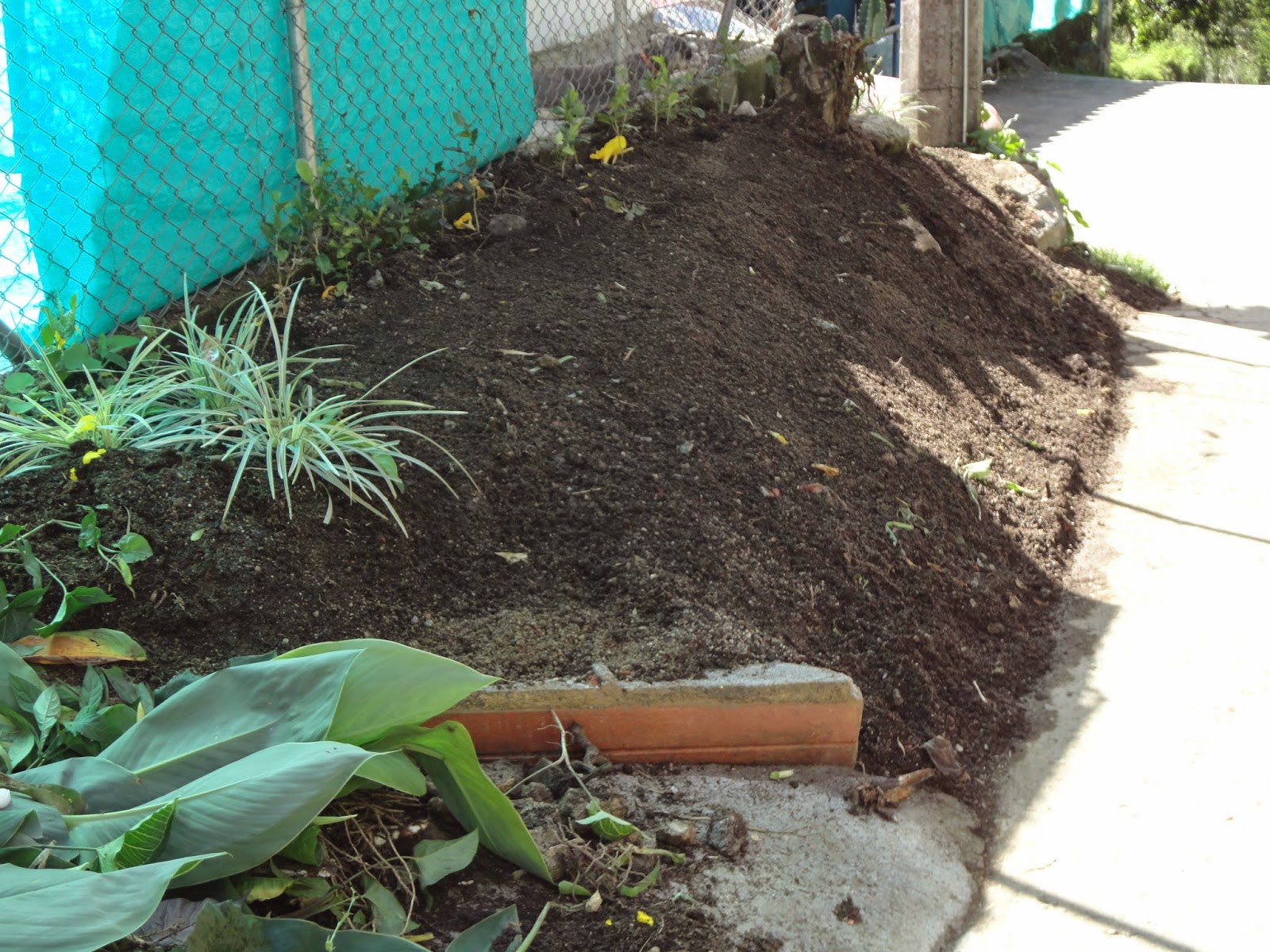 Don Ignacio happened to pass in his wagon, whilst we were clearing up, so Marcela asked him about clearing away the rubble from the wall, he gave us a stack of sacks to bag it up, and said he would call back later.


In the mean time, Lucas from Corantioquia arrived to inspect the septic tanks, he took photos both of outside and inside, and said that although the final decision wasn't his, he didn't think we would have a problem, that is a big relief, I'll feel even better once we have the certificate.

Then it was time to fill the rubble sacks, we both worked at it until the site was clear, I was dripping, we are still waiting for Don Ignacio to call back, but it looks a lot tidier now!

Doña Ampero, our neighbour, told Marcela that the other night during the tropical storm, someone had tried to  dig out the lock on one of our other neighbours front door, and sure enough they had, he was lucky they hadn't gained access, whoever it was probably thought it was access to the shop below. So I have now screwed a board to fill a gap at the side of our gate, this means no one can now get access to the padlock, until now, if I returned and Marcela was busy, at a pinch I could insert a key into the padlock from outside, and get access, but no longer...

We have had lunch, Marcela has gone off to pay some of her bills, and have a mooch, and I am waiting for Don Ignacio to arrive, so I can go for a siesta (it will be just my luck for him not to arrive until this evening!)

I am not planning on doing any more work, it is too hot, so I will sign off for now.