As usual I was up at 5.30am, with our pesky pet! we went for our walk, it was quite pleasant this morning, fresh, but still T-shirt weather.

Once back home, I checked my emails, had my coffee, then went out to start work, firstly it was out into the road, and install more stones along the base of our bank, if I can get hold of some bigger ones, I will replace a few, but otherwise, this is the last attempt at protecting this area, any more problems, and it can return to the wild. 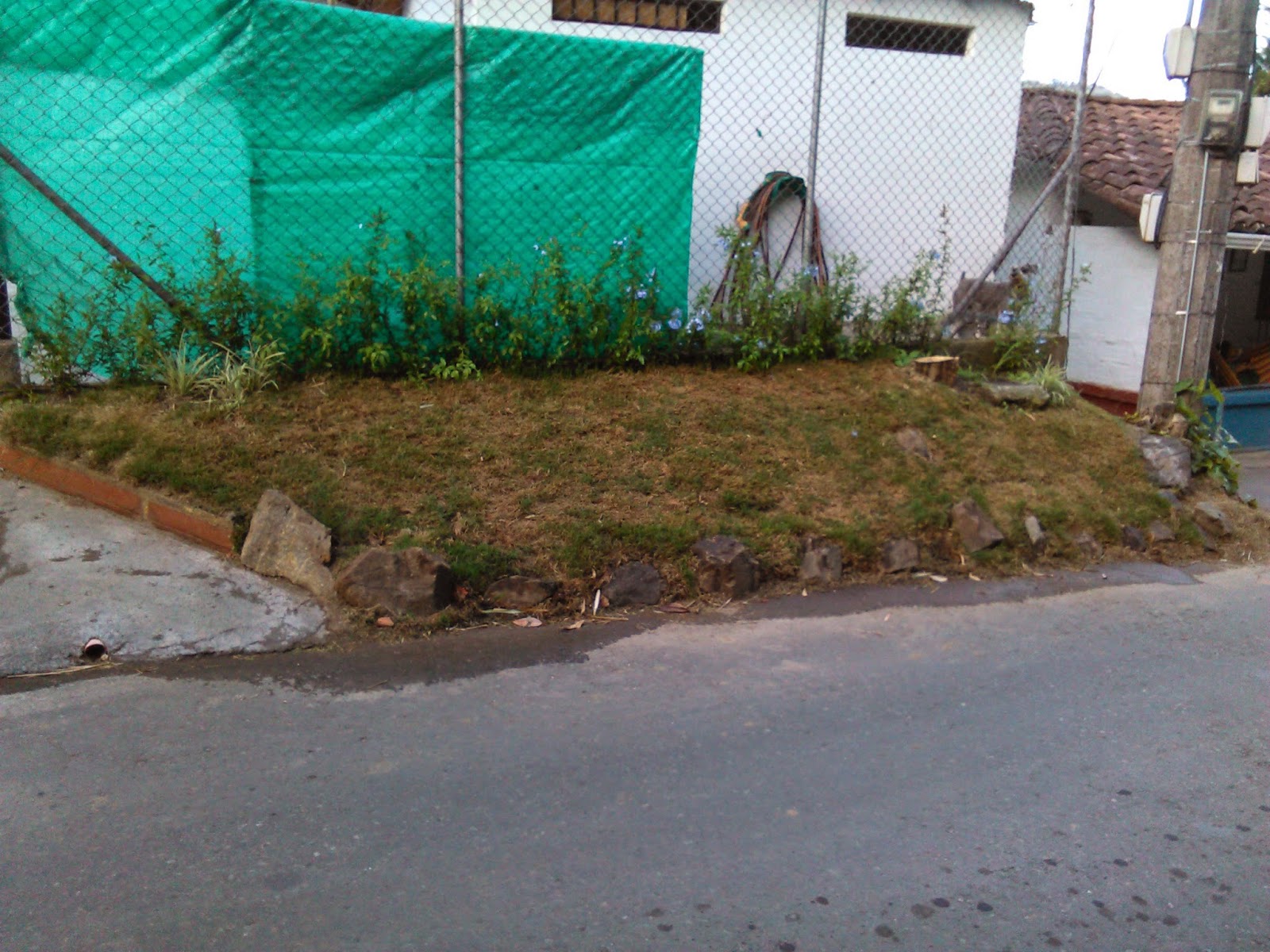 I am pleased with the Azulina (Plumbago), that seems to have taken, and is shooting up.

After stone laying, it was time to cut the grass, so out came the brushcutter, I think this will always be the mode of cutting the grass here, I considered getting a cheap mower, but for our patch, it really isn't worth it, and it will never be a flat lawn, so the brushcutter does a decent enough job. 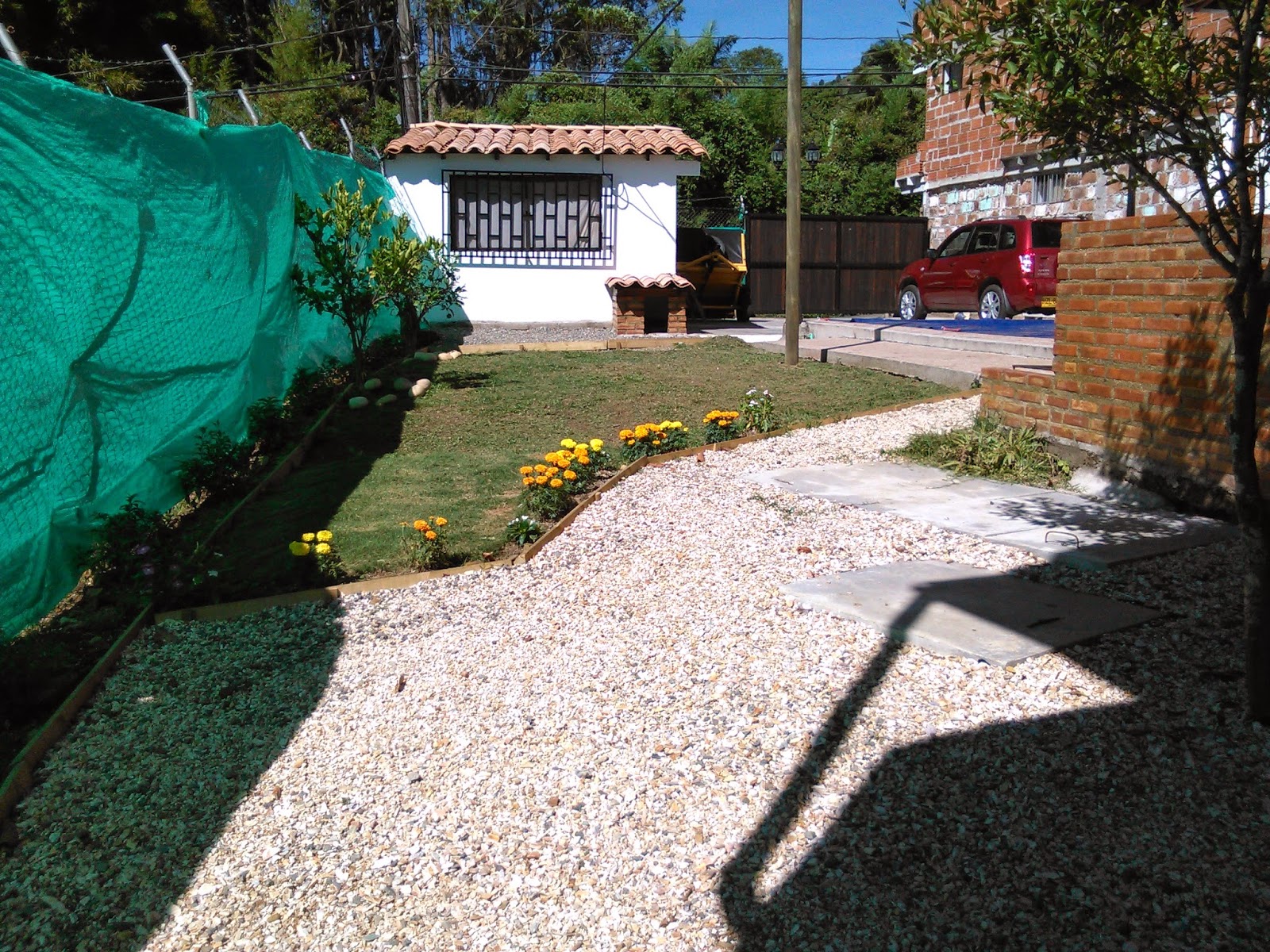 Time for another coffee, and then a chat with her Ladyship, who had woken by this time, probably by my brushcutter!!

I told her about the email I had sent to Craftsman service department regarding the part for my table saw, I hadn't had a reply, so she rang them, the man was very helpful, they hadn't got the part, he was trying to find out if it was still available, however another customer had been in last week, with exactly the same problem, and he had been sent next door, where they milled a part for him from Brass, a bit more expensive, but it will never break!

We changed our plans for the day, and headed off to Craftsman, we were taken next door, and the part will be ready on Tuesday (Monday is another Fiesta!).

Then it was back to Niquia, and picked up the post bases, which we took to Don Rueben, hoping he would get them welded up early next week, "Give me 30 minutes" he said, so we walked into town to get some batteries for the alarm remotes, and by the time we returned, he had nearly finished welding them all up, what a man! 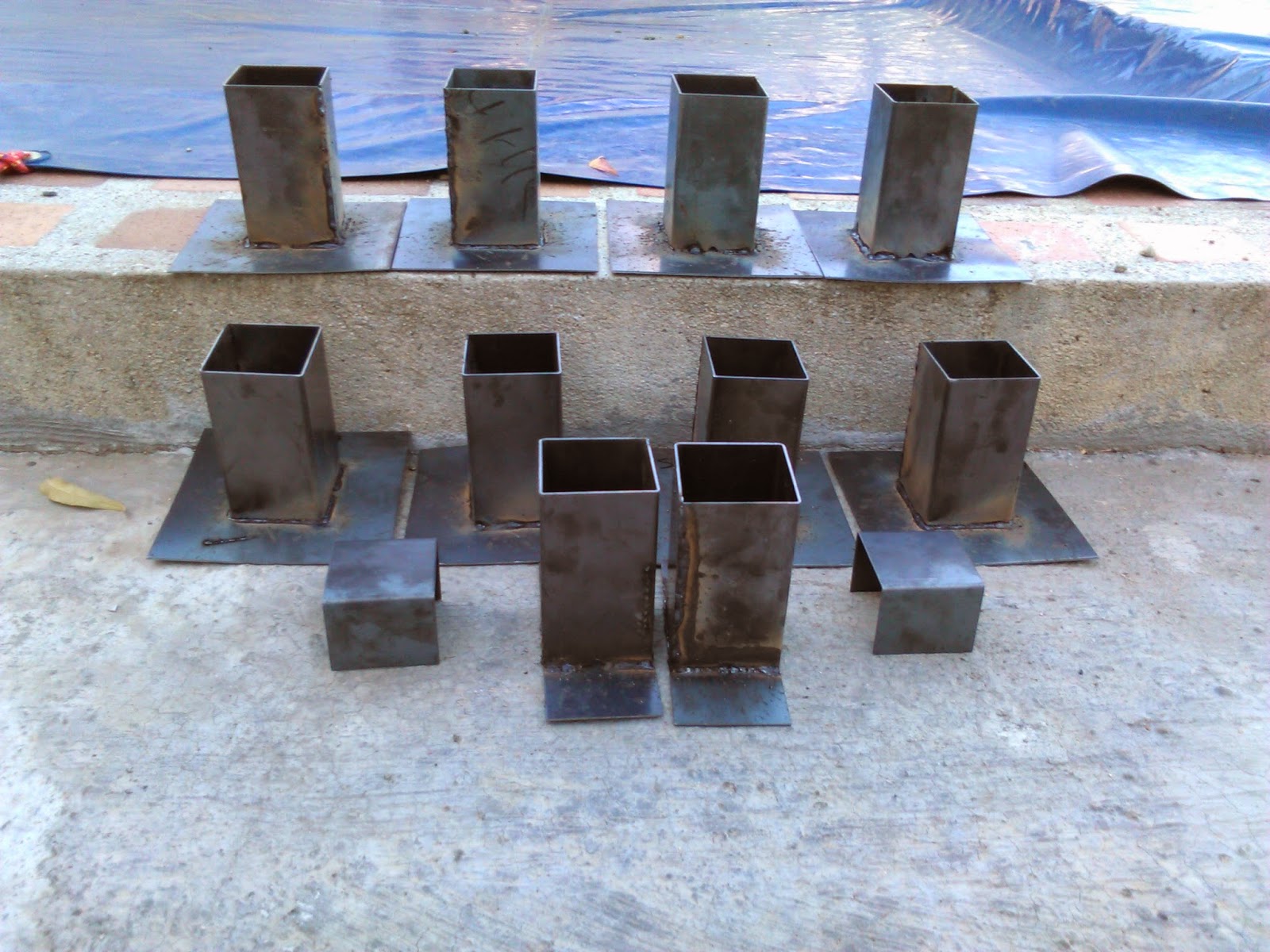 We called at the Supermarket cafe for lunch, and so that I could brush my teeth before heading to the dentist.

This next part, should be of interest to all those I know in Cadiar (Spain), the Dentist examined the tooth giving me a problem, and said there was nearly as much resin on the back of the tooth as the tooth itself,  after chipping it away, she said that whoever had done it (hint, hint!), had sealed the tooth, but not solved the problem, because he had just sealed the decay inside. She also noted I had a few others with more resin than tooth, so I will just have to keep my fingers crossed, although she did compliment him on matching the resin colour to my teeth!

As a result I have got to have an appointment with another Dentist to cut away some of the gum, and part of the bone holding the tooth, so that this Dentist can rebuild the tooth two weeks later, this all sounds very painful, I even suggested just taking it out, but she didn't like that idea!

Back home, changed, and unloaded my post bases, after which I painted the platforms on them, I will paint the post tubes tomorrow when the bases are dry.

Marcel's latest changes in the garden are looking good, a friend of hers, loaded some river stone into his lorry the other day, and we met him with the trailer. Last night, Marcela, sat painstakingly washing each stone, and placing them, I did think the rain would have done the same thing, but it does look good, better in the flesh, so to speak. 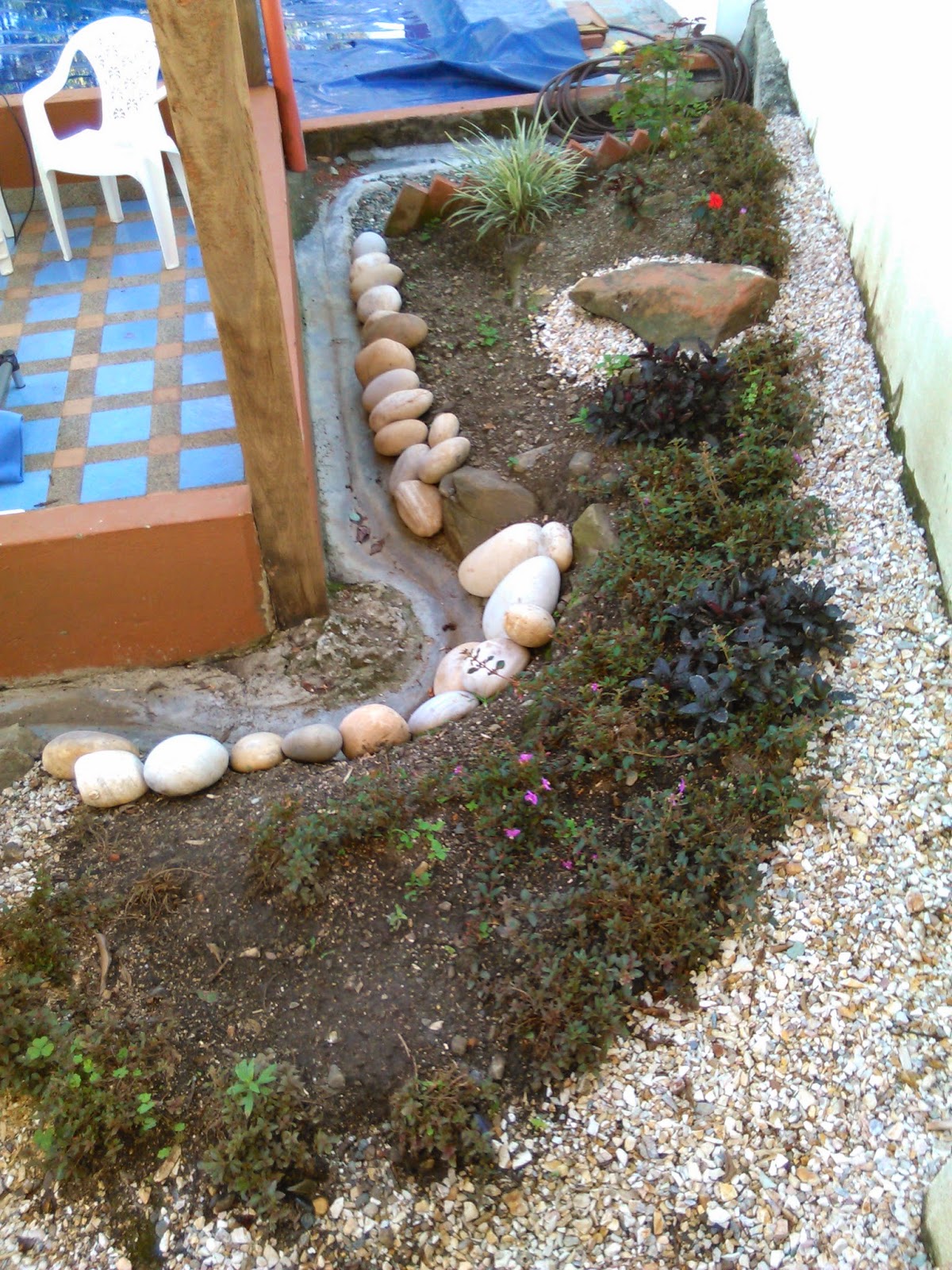 Now if I can just get the fencing up at the bottom of our outside stairs, it will stop Pépe taking a short cut through the kiosko and across Marcela's garden (bottom left of picture) which might save some of the plants!