Last night was horrendous, most nights we have been having rain, which is great, at least the days have been baking hot, but we were both woken in the night by a storm and a half, it sounded like hail it was so hard, in fact Marcela thinks it probably was, fortunately I drifted back off to sleep.

Today has been a day of sorting things out...After breakfast, we set off to Copacabana, and the Medical Centre, to try and get authorisation for my tests on Saturday, at the same time we needed to get our third out of five injections for Tetanus, Marcela gets hers free, so that was no problem, for some reason men have to pay, so the nurse gave me a chit, and off I went, collected my number and got in the queue, No.86 and it was only on 46! fortunately many people take a number and either give up and leave, or go to do other things and don't come back in time, so I was soon at the desk, and back with the nurse. I didn't feel a thing, and have had no pain since, which is down to luck, Marcela on the other hand has been suffering all day, number four next August!

Marcela also had the Flu jab, we could have both had it free, but Marcela told the nurse whilst I was out in the queue, not to try and give it to me, as I would refuse, which was right, because I have had it twice in recent years and after each, I went down with flu.

The jabs done, Marcela went to the Admin Office, and managed to get my authorisation for the examination on Saturday, so hopefully that will go ahead without further complications.

From the the Medical Centre, we nipped to the pharmacy, to pick up my months supply of tablets, by which time it was after mid day, and we still had to head to Homecenter...Oh dear, another lunch out! after which we went to Homecenter, and picked up the repaired water pump for the swimming pool, which was only going to take a few days, but has taken over four weeks! there was a fault, but they have replaced the part, as long as it works, I don't really care. I also had to get some termite chemicals, because they have started on the lounge ceiling, despite it having been treated...supposedly, when we bought the place, whether it was actually done I don't know.

Then it was back to Copacabana again, well, we wanted a day out, and that wouldn't be complete without a Super Macedonia, and Marcela wanted to make an appointment to have her nails done. 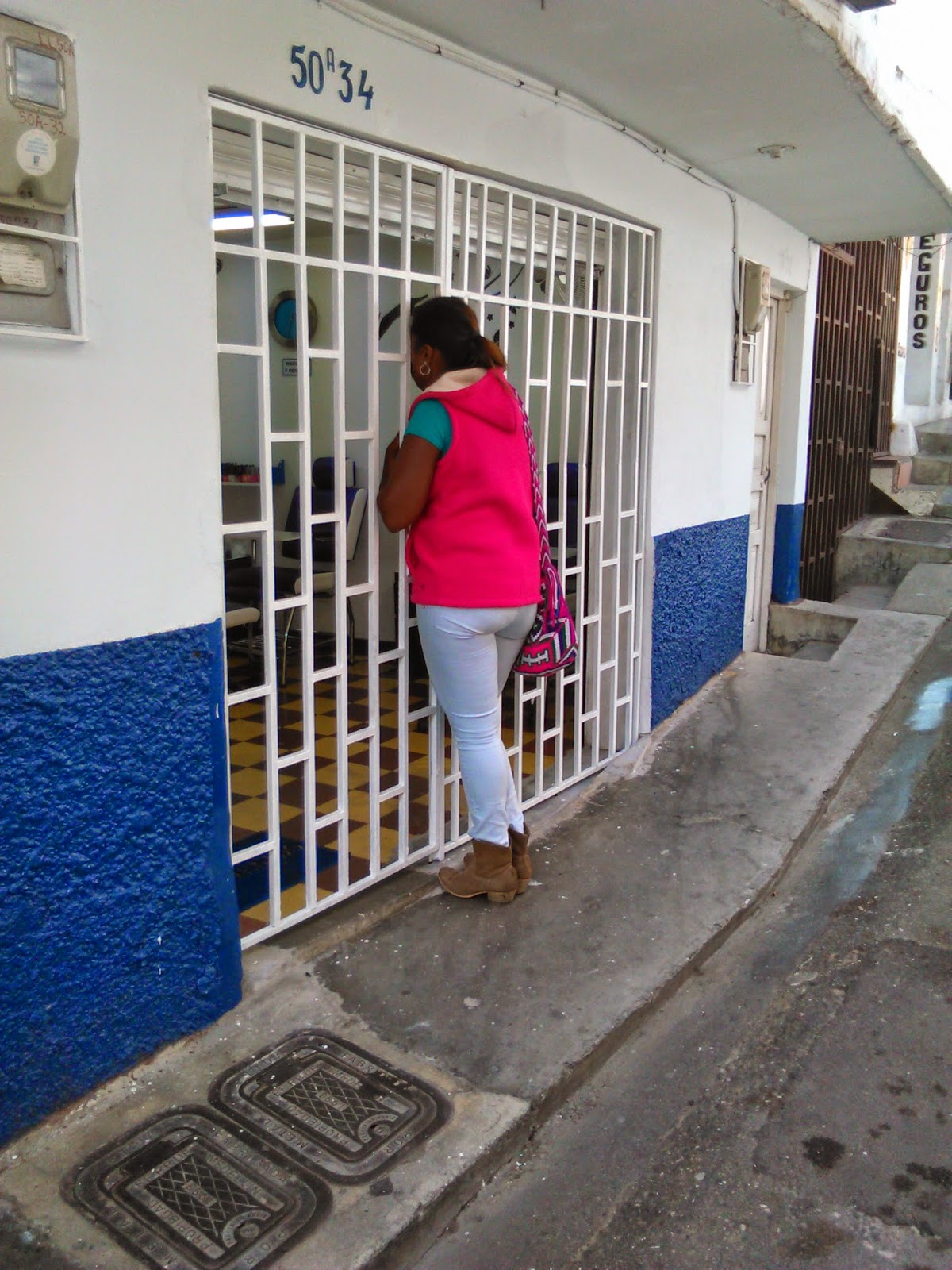 Yep... the salon is a reverse prison, you can't get in unless they unlock the gates, most small businesses here work on this principle, security from robberies and also extortion, it makes life hard, especially when you want something, but don't know the word, because you can't mooch!

After the appointment was made for tomorrow morning we made our way home, and crashed out, doing absolutely nothing...bliss!
By Phil Sale at August 25, 2014