Not much to report.

Yesterday was not the best of days weatherwise!  we kept having showers and drizzle, but there was a break of a couple of hours in the middle of the day, so I was able to get the fence on the staircase completed. I had to make one alteration, I had designed the setup so it came to the edge of the next step down from the landing, however I decided that I did not trust the construction sufficiently to drill near the edge of the step, so I put the post at a slight angle, it was just as well, as the render crumbled with the pressure of the bolts. 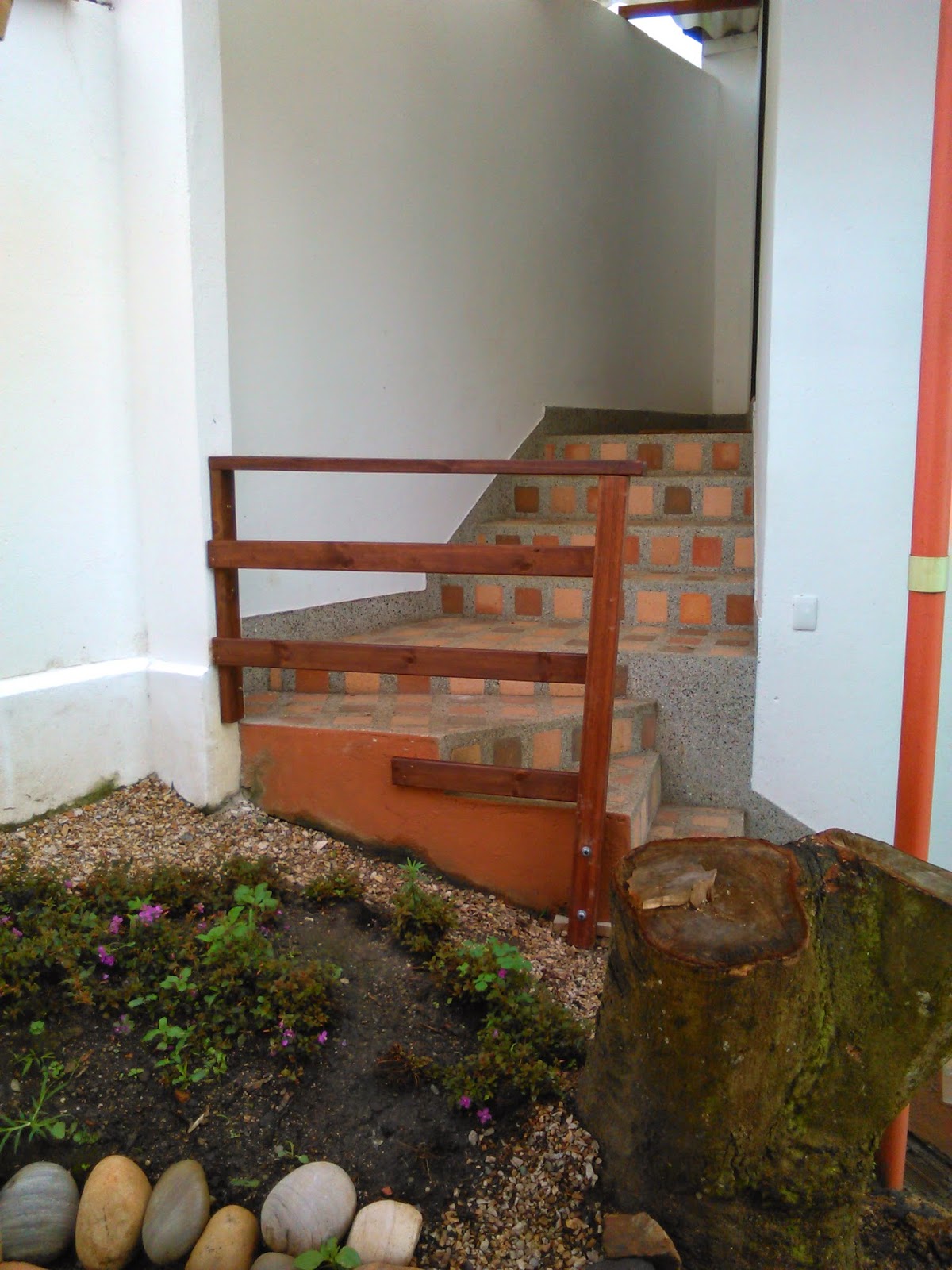 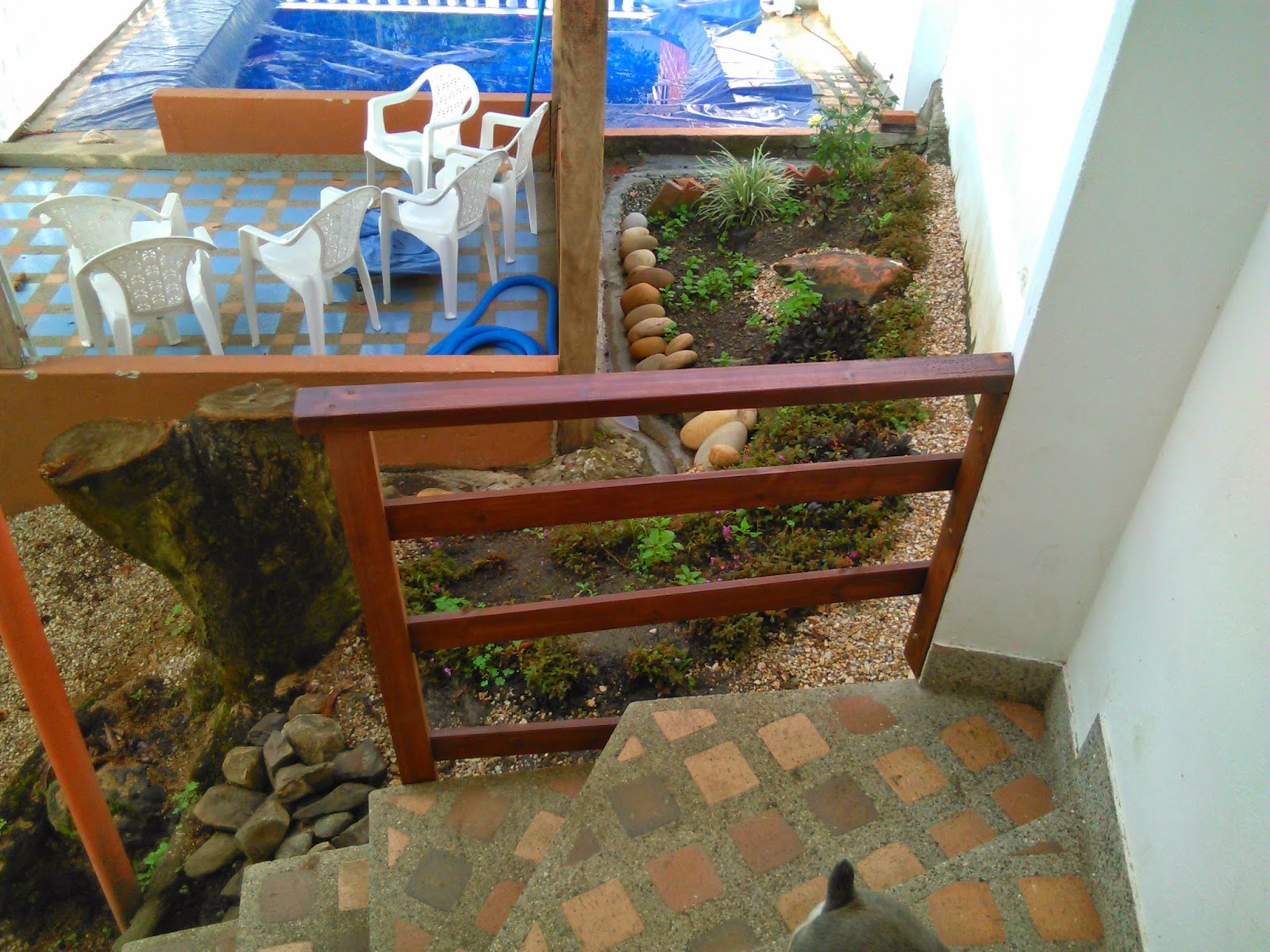 But it was worth it, because being bolted to both walls, rather than just screwed, it is as solid as a rock.

Marcela thinks Pépe might try to jump through the fence, I am not so sure, hopefully not!

The only compromise I have had to make, was that I inserted the rails into the main post, but I was not able to do that to the wall support, there was not room, as I had to cut the support at an angle to  bring it to 90° to the pillar, however it does not look out of place.

We then both did some weeding in the garden, and it is looking a lot tidier, Pépe tried to help by sitting on my knee, whilst I was kneeling down, he has got really loving recently, and more obedient, I think he is finally coming out of his puppy stage.

It was drizzling this morning when I went out walking with Pépe at 6.30am... no, that is not a mis-print, I was allowed a lie in by Pépe, to be honest, I felt guilty and I don't know why, I wish we could do 6.30am every day. Now the sun is out and the sky is mainly blue, but I expect the rain will be back later.

This morning we are off to do the food shop, it would have been better tomorrow as we are out for my medical appointment, but it will be pay day (15th and 30th of the month) so the Supermarket will be heaving, no thanks, I'll go today!

For those I promised photos of the view from the Zona de Ropa, this is what we had before I put up the privacy fencing: 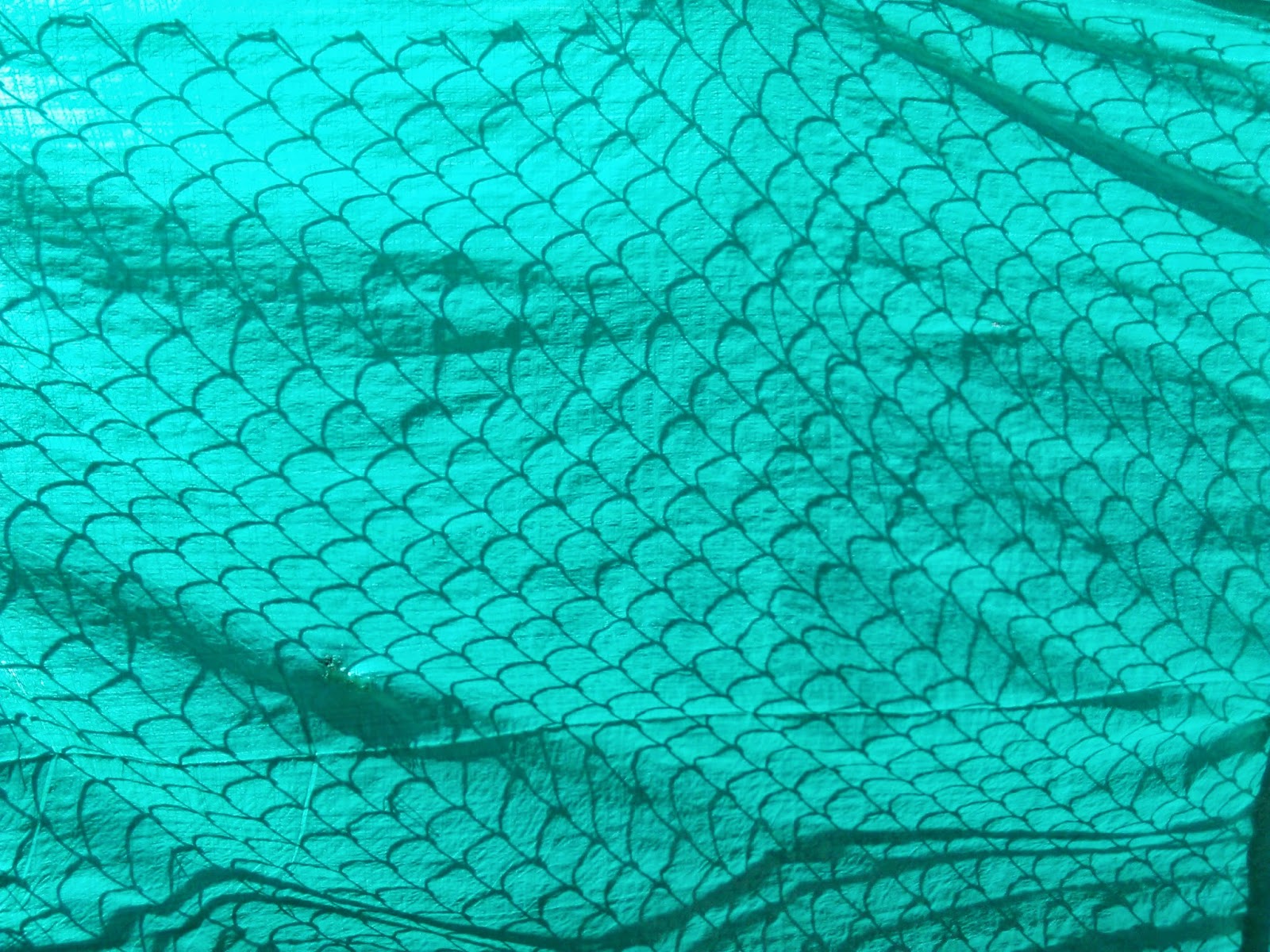 Not very nice is it? now we have a view, OK there is still the mesh fencing and barbed wire, but we have to have security, especially our here in the sticks, I drew the line at razor wire, I didn't want to feel as if I was living in a prison, I have the alarm system and security camera, I can't do much more.

These are are views in the same area now: 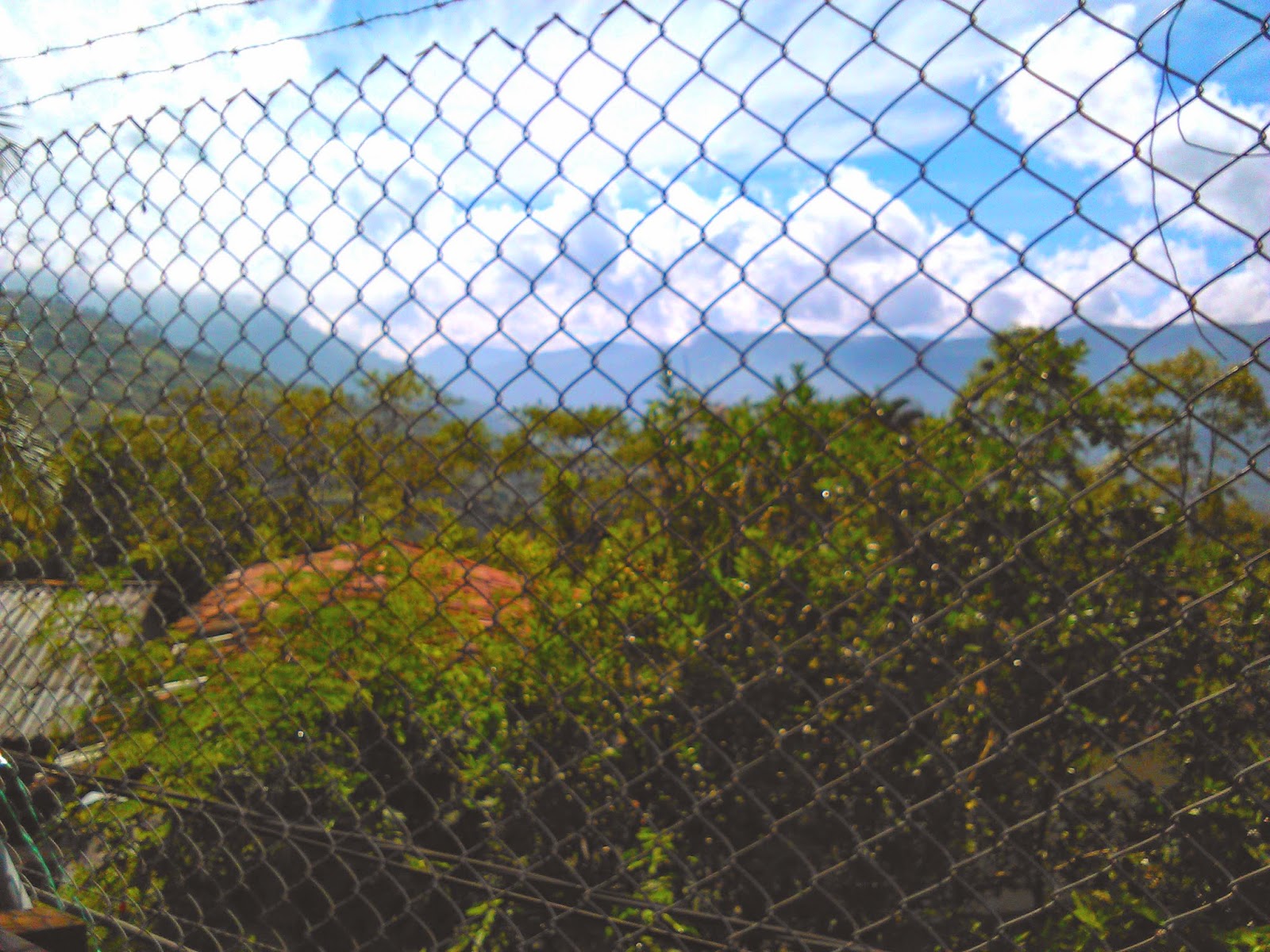 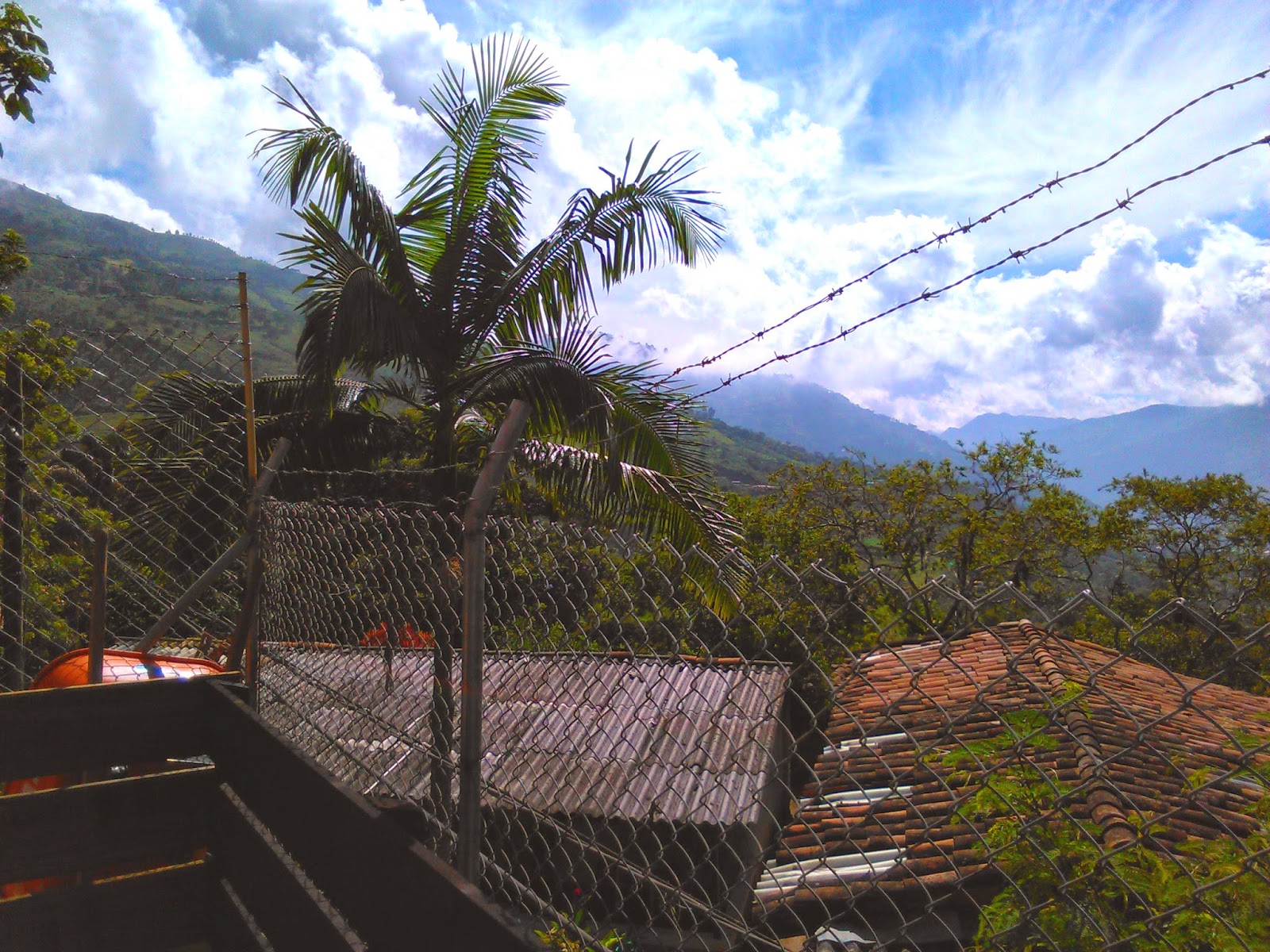 If you click on them you will get the full size photo, definitely better than the green.