It rained all night, and was still raining when Pépe woke me this morning, that was after Marcela woke me  just gone midnight, warming her frozen feet on me, I nearly jumped out of the bed!

As a result of the rain, as you will now know, Pépe doesn't do rain, I got out of the morning walk, so I fed him, and went to put the rubbish bags out for collection, I wish I hadn't bothered, our bank was a wreck, it looked as if someone's horses had got out in the night, stomped on part of the turf, and pulled a lot more out whilst trying to eat it. I had no choice, it was back into the house, coat and boots on, and out to do running repairs. I think we are going to have to give up in the end, this piece of land is causing nothing but grief, people stealing the flowers, the local authority asking us to remove the raised bed, kids causing damage, now it is the turn of the animals, we wanted it to look nice for everyone, but it seems that it is only us that are bothered about it, I might as well let it return to the state it was in, when we bought the place.

About 7.30am the rain stopped, the swimming pool cover was full, rather than just leave it for Marcela, I got out the pump and twenty minutes later most of it had gone, that was a silver star to start the day, I won't push it and claim a gold!

After catching up with my mail, I woke Marcela, and I had my shower whilst she decided if she was human or not ha!ha!

After breakfast, we had to go out, last night, I found that the rubber wheels that support our sliding main gate had all but worn out, and I wanted them replacing before the gate came out of the track and fell on someone. Fortunately the first ferreteria we called at, had a good selection, I bought nylon wheels under advisement, apparently they will last far longer.

From there is was to my favourite store Homecenter, well maybe not my favourite, but it is the most convenient, we could do with some of the American branded stores opening up down here, to give us more choice. I bought black fencing paint, to do the planking for the privacy fence that is going up, there is only a choice of black, red and yellow, Marcela didn't like the red, so I plonked for the darker shade. I also bought all the fixings so I can start erecting the fencing as soon as I collect the metal post supports tomorrow. I still can't get over the fact that no one here even knows these things exist: 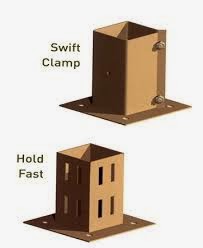 They put everything in concrete, it is more labour intensive, and keeps people in a job, even so, they are impressed with the ones I have had made so far, so maybe one day someone will latch onto this as a good business and I'll be able to walk into a shop and buy them ready made.

After lunch in the Supermarket cafe... I know we were slumming it today, but for pork chops in sauce, black rice, a Hawaiian salad, and a drink it was only £3.50, then it was back home.

Marcela has been doing some gardening, and I set to on the main gate, why I ever think these little jobs will be easy I have no idea, first I had to cut out the old wheel, fortunately I started on the one that was worn out, because they were not giving up without a fight, they were welded in, after it was out, I had to drill through the bracket to insert a bolt, I broke two metal drilling bits on that,  it took for ever, only one was done, the other can wait, at least the gate is secure again.

One day, I might get around to rebuilding the kiosko, I need to do the fencing jobs first, to make more room in the workshop- 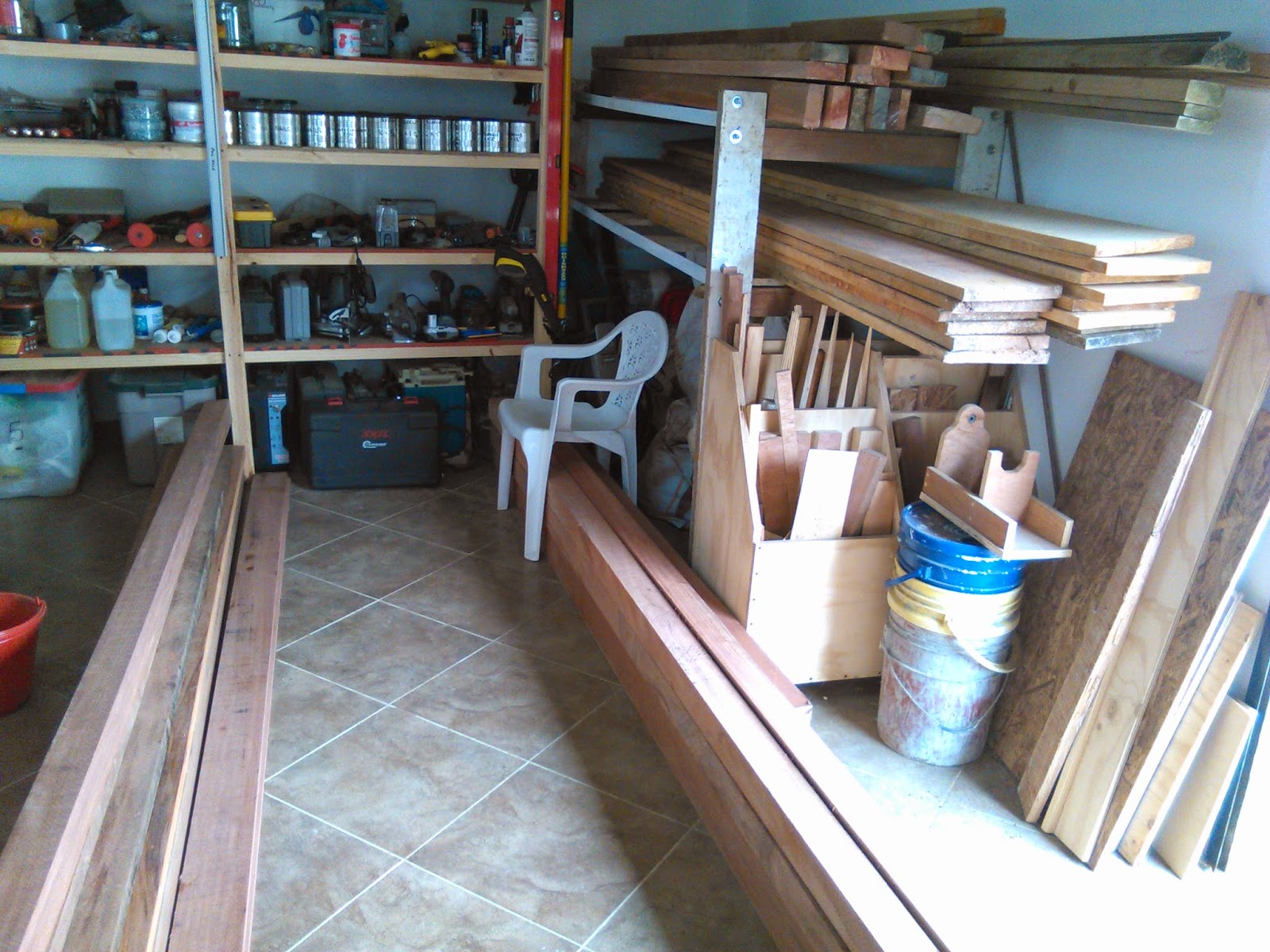 I then want to get the new wooden roof post supports in place on the balcony, before the existing scrap wood that was inserted by the previous owner decides to  come away, and the house roof comes down, at least I will get some use out of the acrow-props I bought the other day.

Tomorrow morning I am going to put more rocks along the road edge to protect the bank from motorists, we will then go out to collect the metalwork, I also have a dental appointment, I asked the other day, if I could have accommodation to save me keep going back!
By Phil Sale at August 14, 2014