Not much to report today, we were both up early, and painting before the sun came up, however we had to continue once the sun arrived, as we wanted it finished. 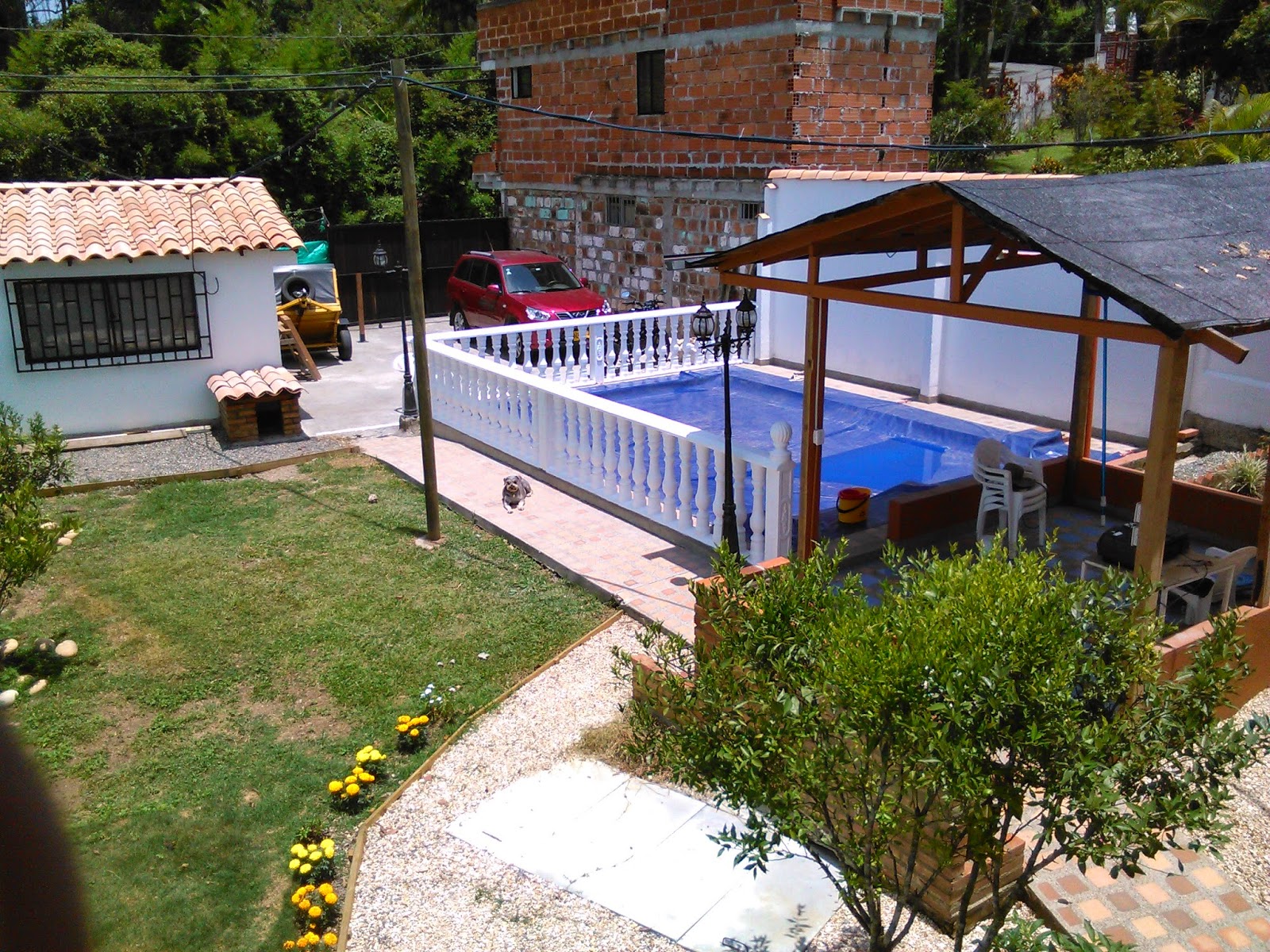 Once I had finished, I continued with my fencing, to create a wooden privacy screen so that at least some of the green material surrounding the house could come down, I finished the bit on the parking area, and the bit of green you can see behind the trailer, which extends behind the workshop, has now gone.

As I finished that job, Marcela asked if I would give a hand finishing the second coat of paint, she was worried she would not finish before dark, so out came the brush, and between us, we finished off the job, and Marcela has done a great job, for her first time at painting, even though she appeared to get more paint on herself, how I have no idea.

So that's it for today,  tomorrow I have to go out late morning for my next medical examination, and stopping for week-end shopping on the way home, so I don't think we will be doing much work tomorrow!
By Phil Sale at August 21, 2014