I took the Blog off the open internet on Saturday, I thought it was about time we had a life much like everyone else...private, after nearly three years it was time to call it a day, I thought I might regret it, but other than, stopping myself going to the Blog everytime we do something, and thinking, I would like to share that, I don't, and to be honest it is only habit. I am now using this like a private diary, I don't have to be quite so careful what is written.

Saturday, we made the decision that we would look for another dog to keep Pépe company, I had thought I would be at the house far more than I am, at present anyway. I seem to be spending a lot of time going to medical appointments and the dentist, I had a dental appointment late that afternoon, more treatment, and more to come. Anyway, I had seen a rescue dog, looking for adoption, and decided that we had to go and see him. 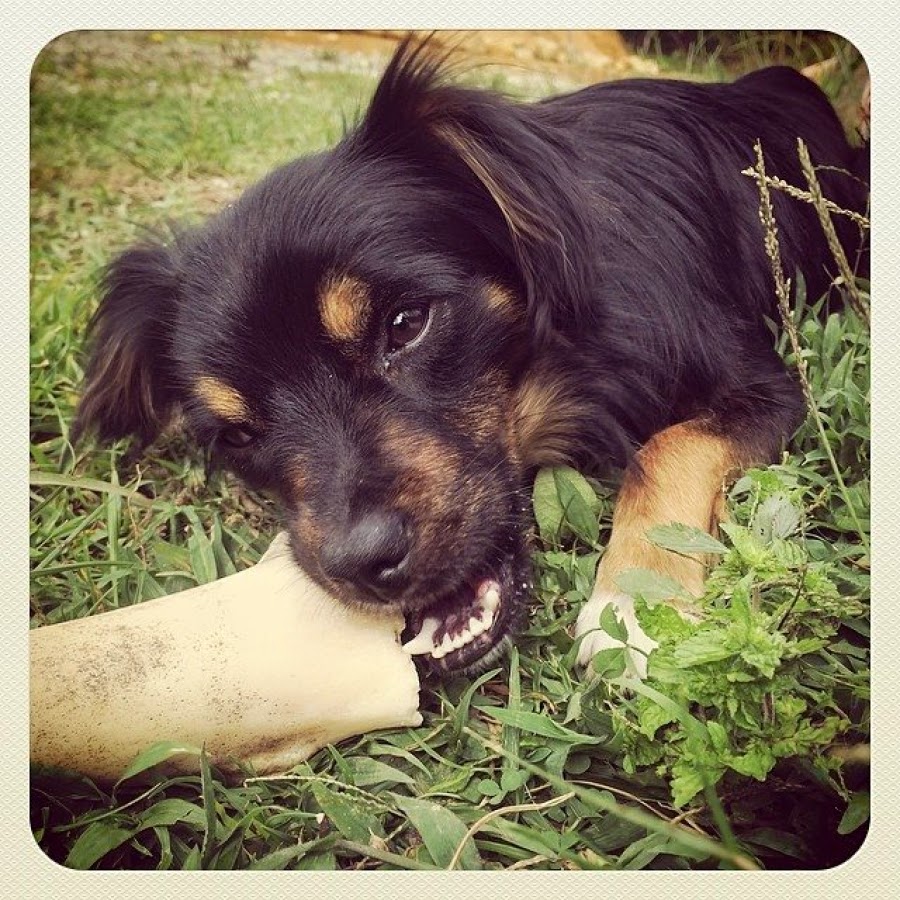 this was the picture displayed, how can you resist him? his name is Tito, he was taken from an abusive house, he has a problem where his bottom jaw protrudes beyond his top one, giving the impression of a permanent smile.

Anyway, a couple of phone calls, and Sunday morning, Marcela, Pépe and I were off to Guarne, to Can Can Cajero, a project set up to re-home abandoned and abused dogs. The decision was always going to be Pépe's, if he didn't get on with the chosen dog, that was it.

On arrival at the Finca, we received a lovely welcome, both from the family and the collection of dogs, including Tito, who are not caged, but run free in the grounds.

It didn't take long to realise that Pépe was more than happy with Tito, in fact he was as happy as larry, with them all, with one exception, 'Capitan', a scruffy terrier which although male, took a liking to Pépe and kept humping him.

Anyway the decision was made, and Tito joins the family, he is a lovely little dog, slightly smaller than Pépe, he has to have his food softened, because of the jaw problem, which is no big deal, other than that is that he had his tail docked, whether that was done as a puppy, or cut off as abuse or an accident, we don't know, but he is not a dog you would normally dock, I would say he is a collie cross, but from the attention he gave us, I think he is going to be very affectionate, much like Luis, my dog in Spain.

We arranged that we would return on Thursday to collect him, and complete the formalities, which would give me time to ensure any gaps were plugged in the perimeter fencing, and time for us to buy the essentials he would need.

Back home we found their own page on FaceBook, and more photos of Tito, along with one with his friends 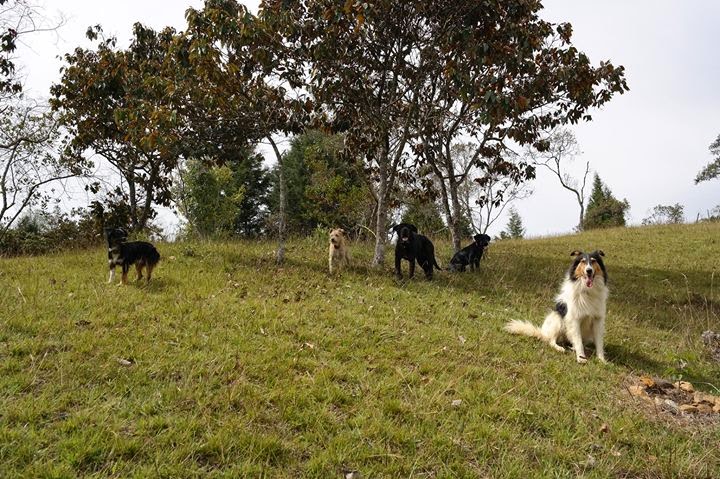 Tito on the left and Pépe's arch nemesis second left 'Capitán'. The Sheltie on the right 'Bella' is beautiful and is their own dog, also a rescue.

Today, I have been back to the Urologist, with the results from my examinations, both the sperm count and an ultrasound on my genitals, following a problem I had earlier this year, I have a mind form of varicocele, which is like varicose veins in the scrotum, The Urologist decided that rather than operate, he rather try tablets for four months, to try and get the lazy sperm to perform, although he made a point of saying it could also happen without the tablets, but it gives us a better chance.

Then it was home, via Copacabana for a Super Macedonia, and to make an appointment for morning to have the bike serviced at Honda, I have to be there for 8.30am, another excuse for breakfast out!