It took a day or two!

It has been a couple of days of ups and downs, it started with the downs, because Tito didn't want anything to do with Pépe, and was very jealous, if Pépe came anywhere near us, he went for him, and likewise feeding time, poor old Pépe didn't stand a chance! 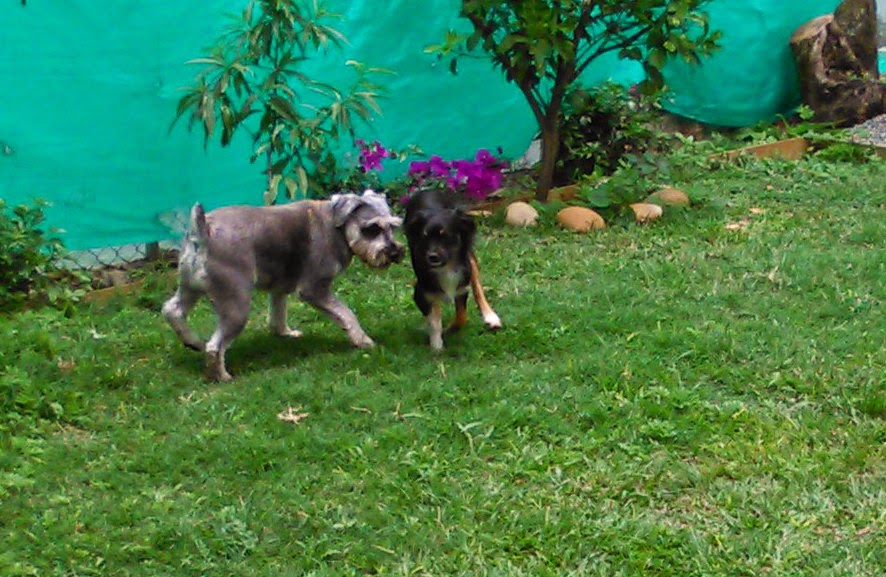 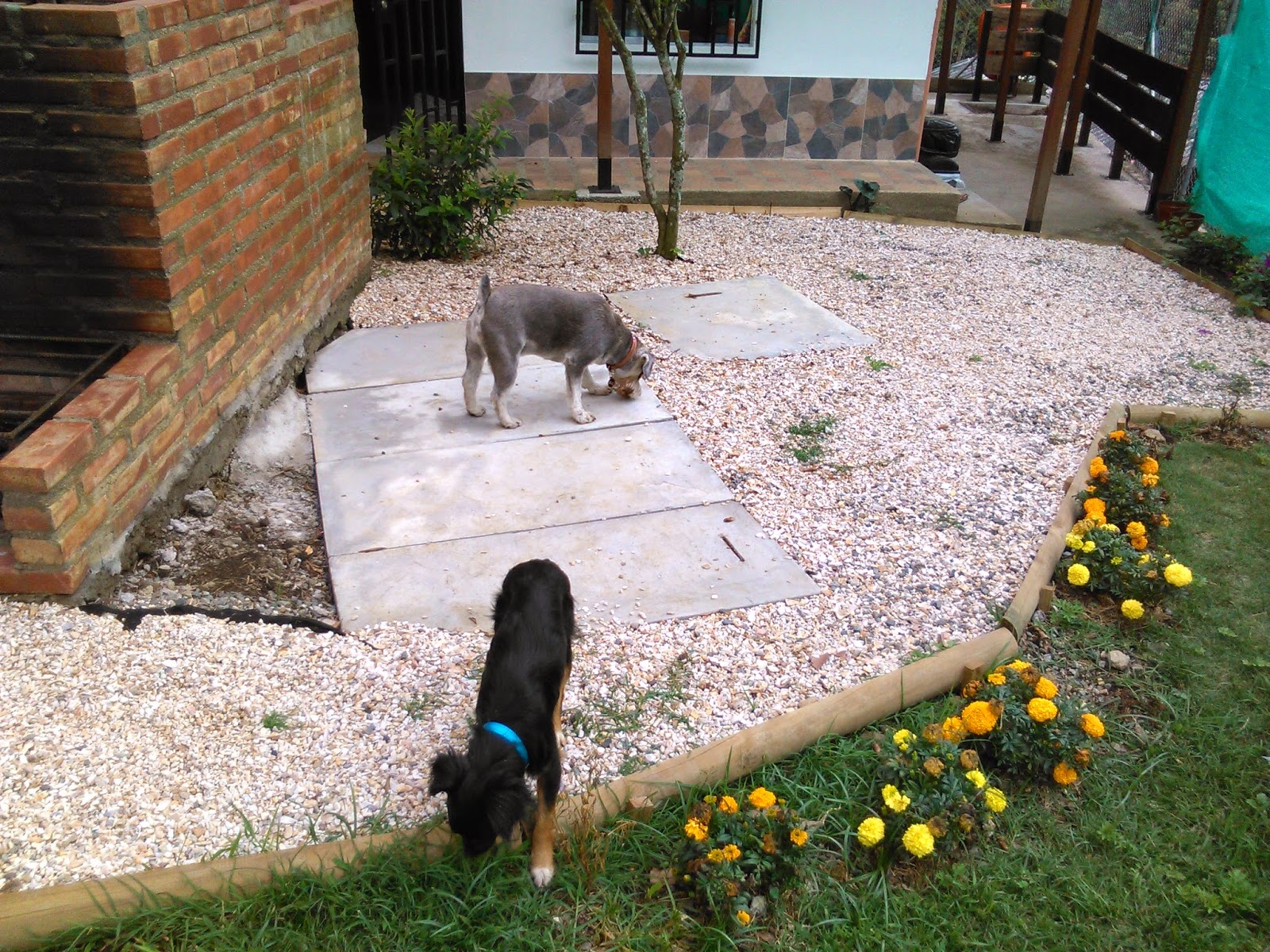 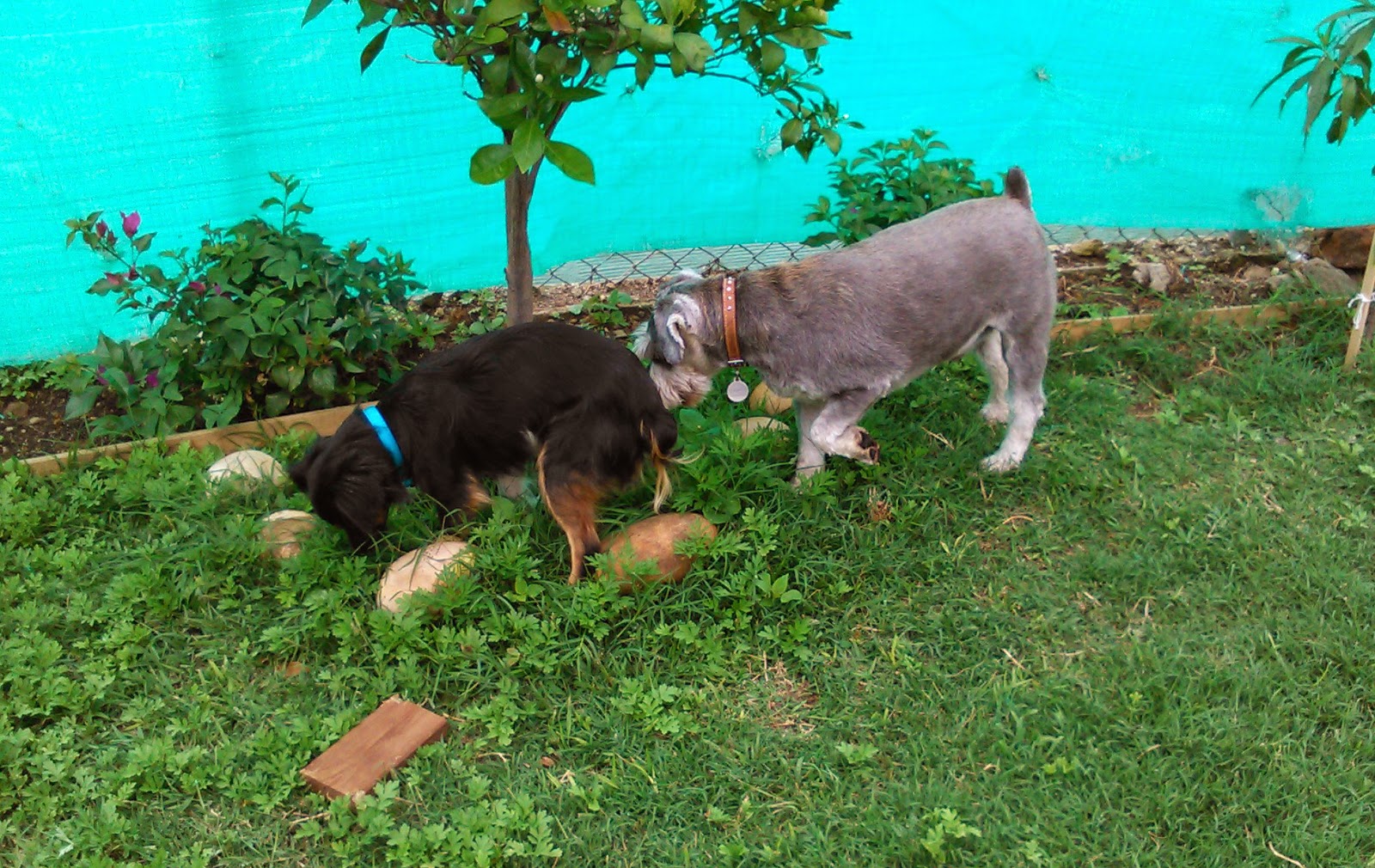 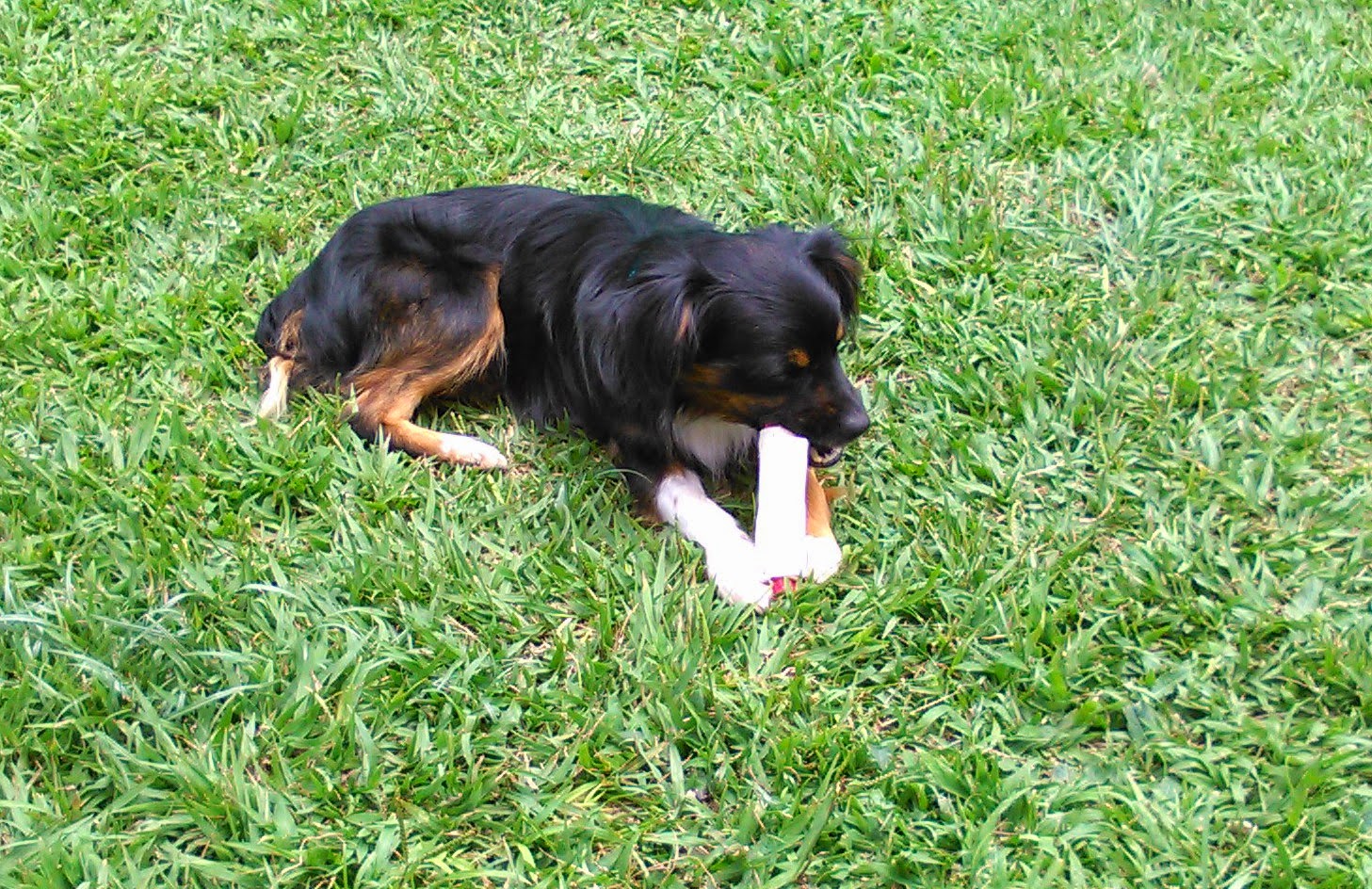 By Friday things were getting fraught, Pépe was showing signs of depression, ignoring us, and everything else as well, going off and lying on his own, I was really worried that this was not going to work out, At the end of the day, Pépe comes first, if it wasn't going to work out then Tito would have to go back.

Yesterday, there was a general truce called in the morning, and they walked about ignoring each other, feeding times, I fed them separately, it takes longer but there is no friction.

Then blow me down, Marcela went out mid afternoon, and then bingo, everything changed, it was as if the two dogs had been bosom buddies all their lives, they played together, where ever one went the other went, they did guard duty together, it was brilliant,

While all this had been going on, I had painted the upstairs entrance door inside and out, most of the time, the dogs had been lying upstairs either sleeping or just watching me, which was probably the reason they had been sleeping...lol.

By the time Marcela returned, about 9.45pm, the dogs were definitely best buddies, and touch wood, so far that has continued, and long may it continue.

This morning, we have been for our walk, they have been playing together, and now are both sleeping again, and it is only 8am!  fingers crossed this continues.

As for me, I have been outside again after our walk, and putting more sharp stones along the edge of the grass bank, I think it is buses that have been reversing into our entrance again and causing more damage, hopefully they will get the message one day!

This morning I am going to have to do some running repairs to the wall alongside the swimming pool, the crack seems to be getting wider, so I am going to cut it open, and re-render it. There has been definite ground shift, new cracks have appeared in the pavement surrounding the pool, just how long it will be before the pool is no more, I have no idea, but I have resigned myself to the fact that day will come.
By Phil Sale at September 14, 2014