More of the same

Not much been happening, I have been making wood working jigs, I am going to have to get going on the bigger projects, but this week, I have had appointments every day, well... I have had them, but not been to then all, I had a dental appointment on Monday, and thought it was today...oops!

Yesterday I spent the morning at Maria Elena's house waiting for a Gas Inspection, and they never turned up! Today I had a Doctors appointment at 9am for my BP, which was up, and so was my weight, but that was down to our UK trip, I have lost a fair bit since returning, but to be honest, I couldn't give a toss at the moment, I feel fine, and that is all that matters. She told me I need another Prostrate check, and also to see the Nutritionist, the latter she knows I am avoiding, but now I have an appointment, I am going to have to go and bluff it out.

Marcela is spending her days, trying to get her new business under way, I hope it works out, but I don't want anything to do with it, and Marcela can't understand that, I have no interest in the world of fashion, and as everyone who knows me will vouch, I have never bought clothes that are in fashion, even when I worked in a Gents Outfitters after leaving school, I always waited until itmes became end of line and bought them cheap. I think I was the only one that wore flares after they had died a death.

On the way home from my non existent dental appointment, Marcela thought she saw puppies tied in sacks at the aside of the motorway, so we stopped, she ran back and I reversed, to find they were piglets, when Marcela confronted the woman, she shrugged and said they were waiting for a Chiva to get home, what can you do.

We stopped at Mi Gallo Tuerto for Brunch, it was about 11.30am, and the Chiva pulled in with the piglets in their sacks on the roof in full sun. 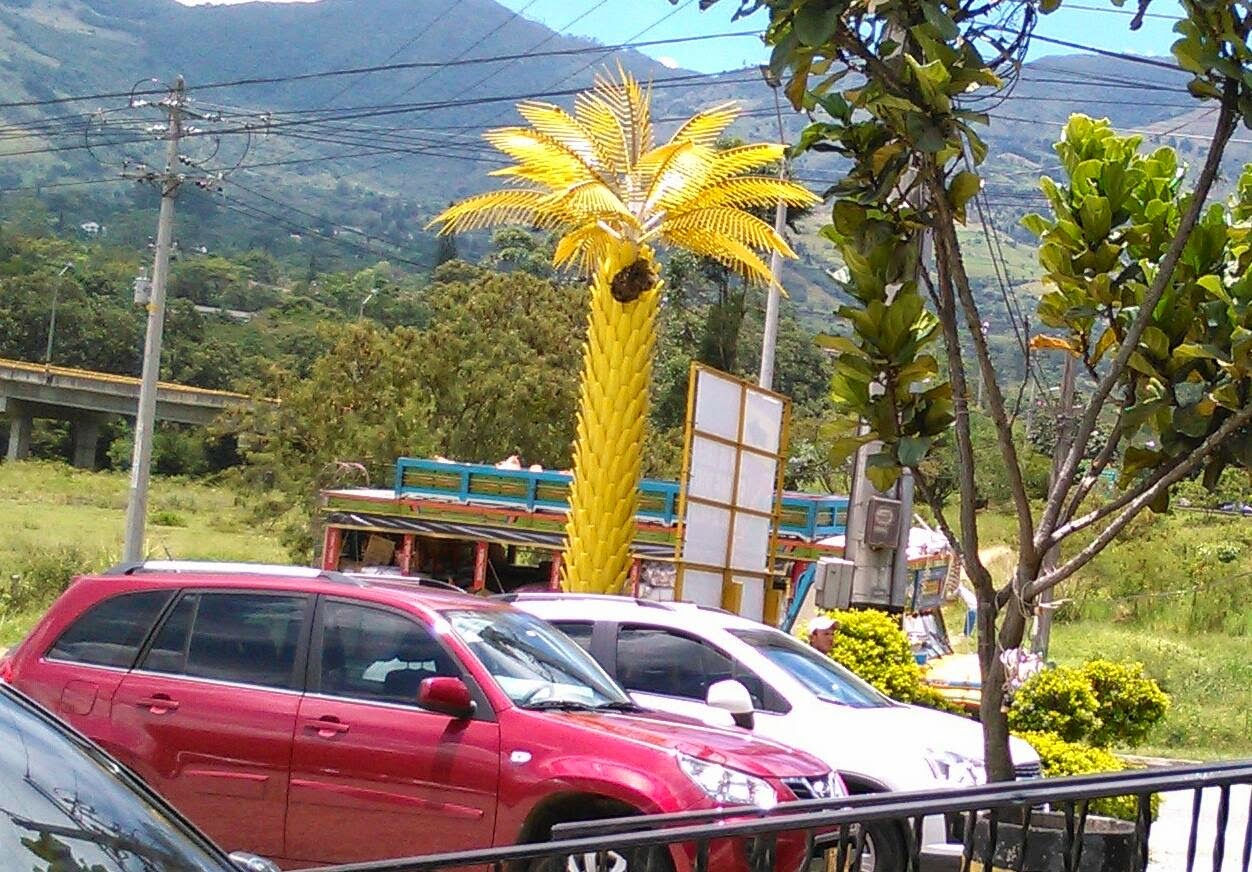 The Chiva itself was packed with sacks and crates of food with a few passengers, Marcela thinks for one of the villages miles away...poor piglets!

Tito has now fully settled in, and is a lovely little chap, he and Pépe go everywhere together, when they are not sleeping, and sometimes even that is together, instigated by Tito!
By Phil Sale at September 17, 2014