Another job that is necessary, but not on my list of favourites is rendering, the house is only rendered on the front face, the sides and back are bare block, which is accepted as normal in Colombia, however is does leave us with some problems, mainly water ingress, due to bad pointing work, unfortunately this is something I will not be able to remedy, because I can't get access to the effected area, due to a security fence we had erected some time ago at the back, as a result, there is not room for a ladder or scaffold, but I want to render what is accessible.

The main area I want to get done, is at the side of the house, called the zona de ropa, or the area that we wash and dry all the washing. 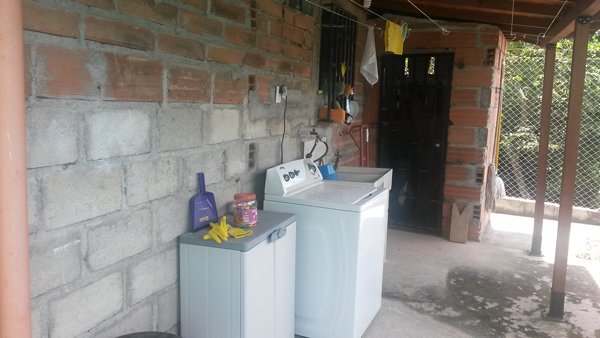 together with the storeroom, we had built at the end of the area, which houses the gas boiler, and gas bottles. There is no door on the storeroom, just a reja or security gate, the idea being to allow air in because of the gas, however originally we were going to have a door, as a result the Builders put sizeable air holes in the wall at head height, which now need filling in. You can just make out to the left of the door the copper pipes, piping the gas back into the kitchen for cooking, this also had to be boxed in, before rendering.

Preparation, I was always taught, was the hardest part of the job, but the most necessary, if you want the job done right, it doesn't matter if it is painting, building or woodwork, preparation is key!

I need the walls to be as flat as possible, I am still going rustic, but want smoother than the carport! 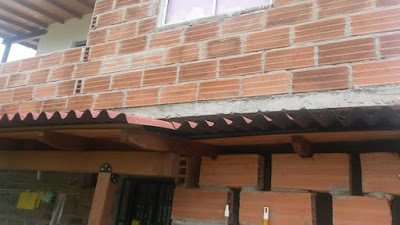 I started the day, by cutting bricks to fit in the air vents above, when I had cut all the bricks, it was time to mix a barrow of cement, for this I bought fine sand. Then it was time to start filling in everything that was not solid, As you can see in the top photo, where there are intersecting walls the bricks or ladrillos, are hollow, and all these need filling, before rendering starts.

I have one problem with filling all these cavities, they are the homes to our friendly geckos such as this little fellow below, 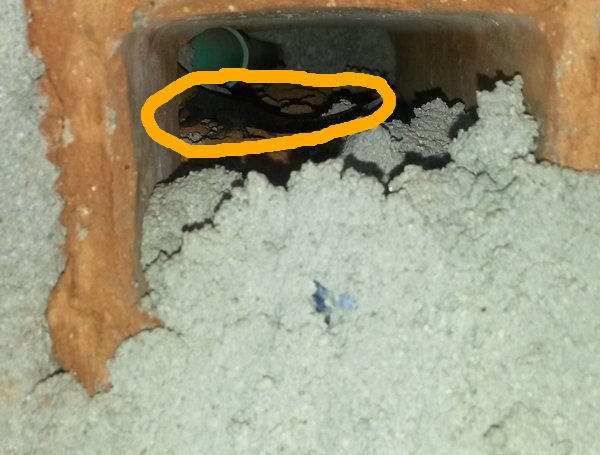 because they are black, he is a bit hard to see, but hopefully you can make him out! and there are many more, I am hoping I can get them all out before sealing the holes.

Anyway, I have made a start, the airvents are all bricked up, and all the brick end holes on the storeroom are likewise blocked, much to the annoyance of that family of geckos. 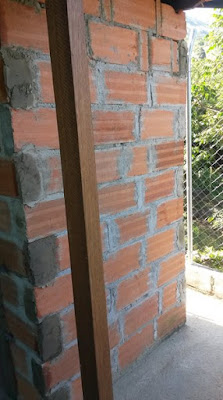 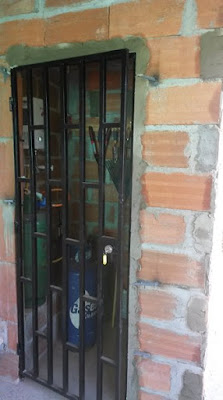 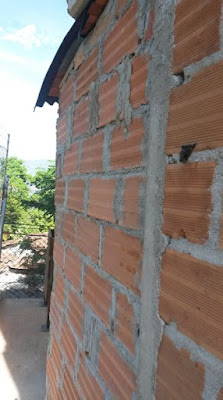 Also around the door frame has been filled in, I haven't decided yet whether I am going to render the inside of the shed, I'll see what supplies I have left at the end of phase 1.

That done, I then turned to a bit of woodwork, and boxed in the gas pipe, it not only protects it from any accidental damage, but makes it much easier to render around it. 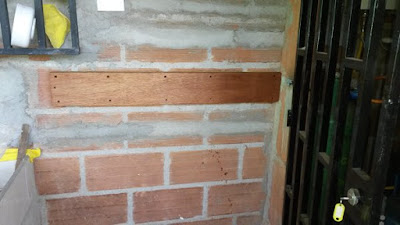 When I need to change the rubber connecting gas pipe, I just remove the screws from the cover.

I am hoping I can render behind the washing machine, by just pulling it away from the wall, rather than disconnecting it and then having trouble with weeping joints, I will see, possibly tomorrow.