I decided to paint the stairwell today. It was a shame for the work to be complete but let down by not being painted.

The dogs were an absolute pain, they kept lying under or at the foot of my ladder, so they were either in danger of turning white, or being trodden, on in the end Marcela took them into the house. 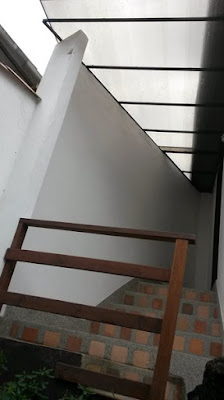 It certainly looked a lot better, but very white, those walls lend themselves to having some form of decoration.

So after Marcela had gone off to work, I sneaked off to buy some terracotta wall hanging pots, they look fine, but I think Marcela will probably want to buy more. 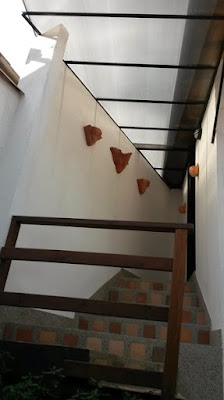 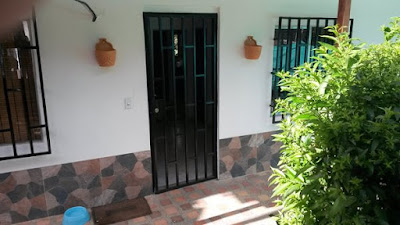 Now that area has been repainted, the rest of the house looks shabby, I can see I will have to grab some nice days, and get the outside done.