This Wednesday Marcela starts her four day stint at the Fería of Fashion in Bello, it has been disorganised chaos from start to finish, not on the part of Marcela I might add, but the Alcaldía (Town Hall), they have kept moving the goal posts, and changing requirements, I have to say Marcela has had the patience of Job, I would have told them where to stuff it by now.

The date kept changing, the stand went from 4m x 2m, to 2m x 2m shared with another Company (so only 2m x 1m), then to 2m x 1.5m on her own stand. However this is further complicated by the fact she has three designers using her 'Platform' to sell their wares.

As a result I have been changing designs of the racks as we have gone along to fit the space available.

Yesterday Marcela had the final meeting with the Designers before the Fería, and in so doing collected the mannequins, for me to  fit on the stands I made some time ago. 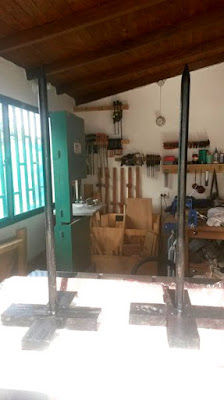 They are just poles with points, the idea being to shove the poles up the centre of the mannequin.

However on seeing the mannequins this morning, I knew immediately that this was a non-starter,
they were not solid, with stuffed insides, they are glass fibre, old and very brittle. 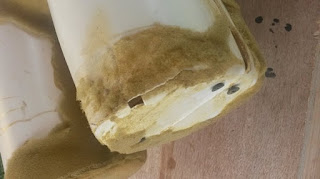 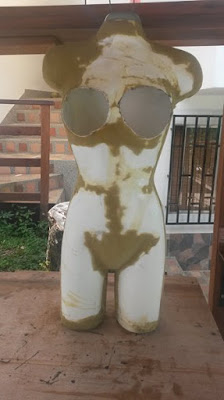 To say that they are in poor condition is an understatement, at least the second one has it's Boobs!!! If I had put a drill anywhere near either of them, they would have shattered, so I had to do some quick thinking.

I had an old aluminium pole from the swimming pool cleaning kit, so I cut it in half, I made to make the existing stands much higher, but to attach the aluminium tube to the existing stand, I needed to reduce the diameter of the wooden pole. I don't have a lathe, and doing it with a sander would have been hit and miss, as well as taking a long time, which I had no inclination to spend on this. I came up with the idea of using one of my hole saws without the drill insert, and it worked a treat. 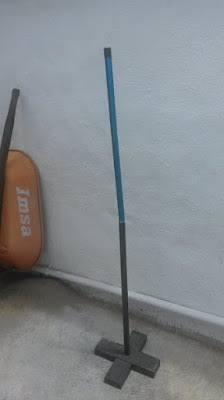 I then inserted two screws into the join as it was not a perfect match. That done, I then had to make the heads to fit on top of the pole, these I made from some scrap 2 x 4, cutting them into an L shape, then boring a hole for the top of the post, and 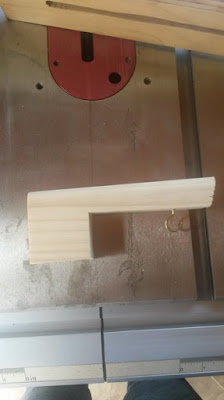 With some electricians tape around the top of the pole, the heads slipped on. 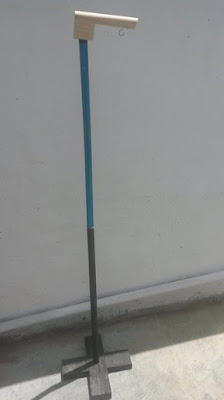 The stand completed, but they looked awful, it's amazing what a coat of paint can do!! 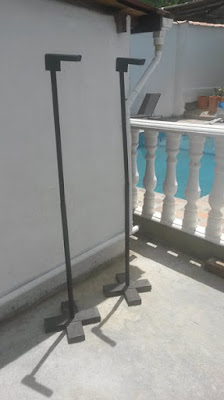 and with the one decent mannequin 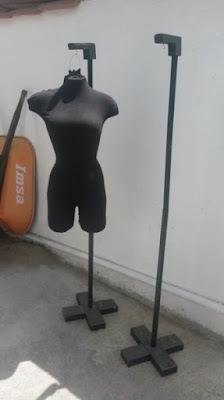 The other bits and pieces, involved making a couple of apple crates, or as they call them here Mango crates, Marcela was going to buy a couple from the local market, Why, when I had a stack of the pine roof planking, and scrap pine. 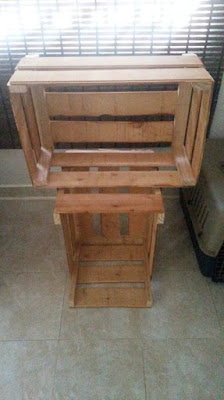 They were soon knocked together with my airgun. Finally there was the board to fix the Logos of Marcela's Designers, this was the easiest, but surprisingly took some time, because the MDF kept soaking up the piant, but after three coats it was passable! 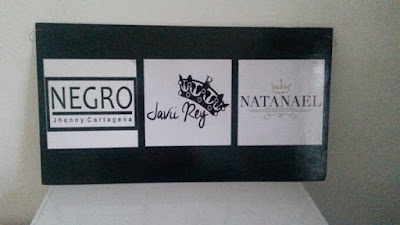 Now we just have to hope there are no more changes.