I am going to have to get a move on, the last few days we have had some heavy storms at night, the prequel to the next wet season, which looks as if it is nearly upon us.

So rendering was the order of the day, I made the mistake of starting with the staircase, and finishing the work that had been done last week. 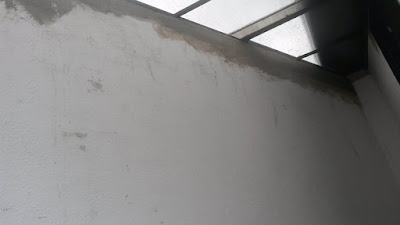 Before moving on, I had to clean up the staircase, before it was marked by dropped cement. Once this is dry, I will paint the entire area, and because it is now 100% weatherproof, this wall lends itself to some outside decorative wall pieces!

I said starting there was a mistake, because then I moved on to the wall at the back of the house, by which time the clouds had mainly dispersed and the sun was directly on the wall, it dried out as fast as I sprayed water on it. 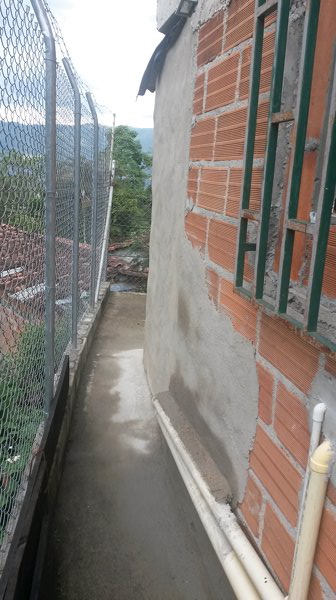 So the remainder of the barrow was all I did here, the render was drying out too fast, and this afternoon we had another storm, so I was unable to do any more.

It may be a day or two before I can get going again, tomorrow we have a morning appointment down town, and I am going to have to take the Suzuki in for a check up, more than three days without use, and the battery is dead, it may be the alternator, or something live is draining it, I need to know which.