The two men arrived...late, I could have had another hour in bed! but it was still 7.40am, so early enough, and they were straight to work. 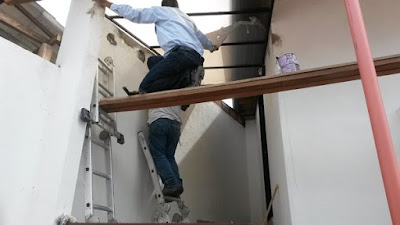 They certainly wouldn't pass any H&S inspections in the EU, but they were not bothered. One bricked up the wall to the frame, whilst the other removed the film from the polycarbonate panels then touched up the paintwork on the frame. They then fitted the hatch at the narrow end, which had been giving them some problems yesterday.

After which they did an excellent job of tidying up. We now have a weatherproof stair well, which looks great, I have just got to finish rendering their block-work, and then paint the whole area...God how I hate painting! 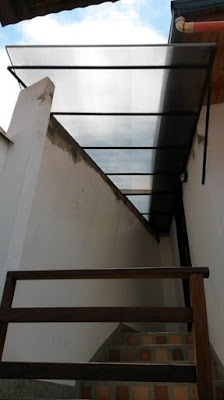 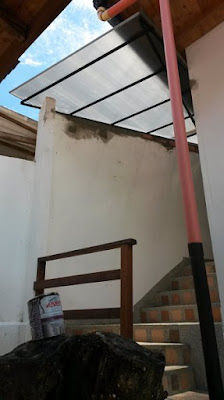