Todays job, was to remedy a problem with our kitchen pantry, it was getting way too hot, and the only way to cool it down was to leave the door open, however, this just brought the temperature down to the same as the kitchen which was still warm.

The answer was to buy louvred vents, which I lined with mosquito net yesterday.

It wasn't an early start today, because I had to drive over to Bello with the trailer to pick up the reja / security bars for the back of the house, on the way back, I stopped and bought the window, and then got stuck in a Traffic jam on the autopista, so there must have been another serious accident, somewhere, it was passed my turn off, so I got back about 9.30am.

I then measured up to make sure my hole was not going to hit one of the outside drain or water pipes, and drilled as central hole straight through from inside.

That done I then cut the inside hole using a cold chisel and hammer, so as not to create too much dust, the vent fitted perfectly after a bit of fine tuning. 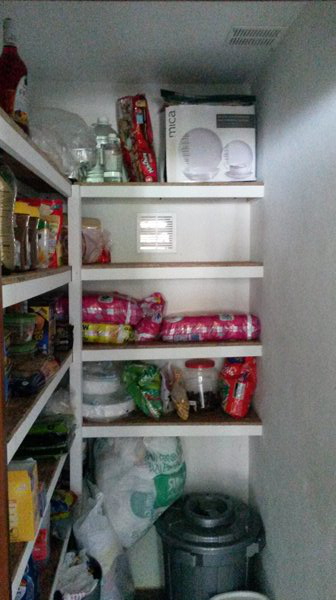 I then stuffed the hole with bags, and went outside...no I didn't really, not until I had started on the outside hole and realised I was sending brick flying inside, so then I used the bags! :(  I created a hole outside, smaller than the vent, because I want to render around it, and up to the lip, I fastened the vent to the wall with construction adhesive, then possibly next week I will render the wall around it. 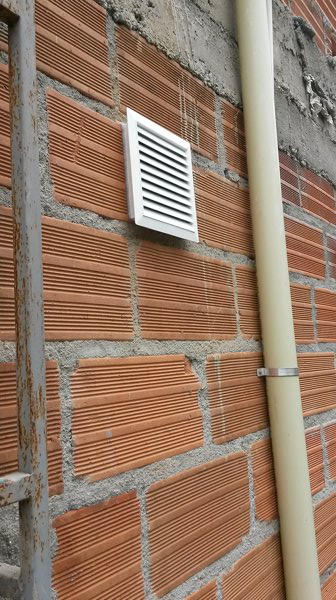 That done, I fixed the interior vent again with construction adhesive, but into the wall this time, finally  I hoovered up,  and Marcela mopped and cleaned.

There is now a noticeable flow of cooler air into the pantry...success!