The big let down on my bandsaw was the amount of drift, or the way it cut correctly, I had come to the conclusion that it was down to the fact that there is only an upper guide, no lower one. 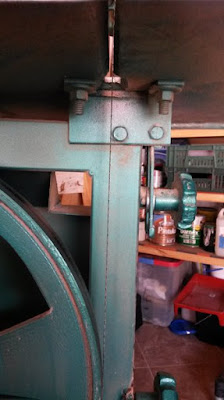 I had contacted the Company who made this for me, and they stated that none of their commercial bandsaws had a lower guide, but they would adapt one and fit it, for a price, if I took the bandsaw back. Considering it took four men to lift the bandsaw into my trailer, that wasn't going to happen.

Having put up with this problem for over a year, I decided that it was time to do something about it. Originally I was going to make the support out of hardwood, but changed my mind at the last minute, and just bought a couple of metal straps. 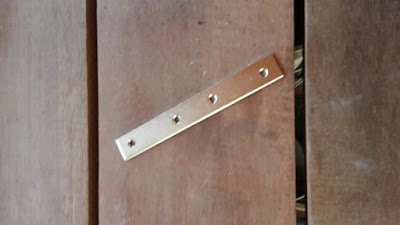 This had to be turned into a Z shape, my first attempt was way out, so it was lucky it was a pack of two! with the aid of my bench vise and some brute force, I got what I wanted. 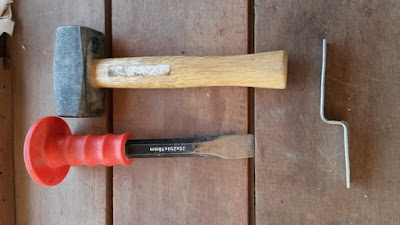 I then drilled the new guide to attach it to the saw frame, and cut one hole in the section for the bearings, having got that hole, I then cut a slot so the bearing could be adjusted, I did this using my grinder with a cutting disc, I was a bit apprehensive of this, because, muck it up and I was back to square one. but it went fine. and the bearing sat in place. 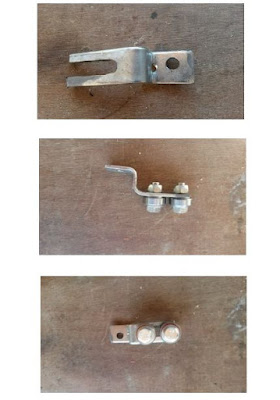 That done I attached my new guide to the saw, and gave it a trial. 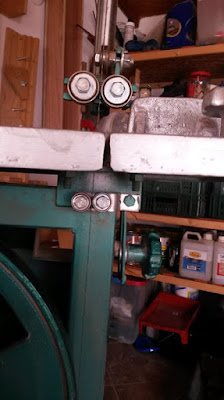 I now have very little drift, I will have to remove the marker lines I had placed on the table, this will get some getting used to...A tool that works correctly!