Major Project in the Pipeline

Our neighbours have decided to sell, their finca is falling down, and they do not have the money to rebuild. 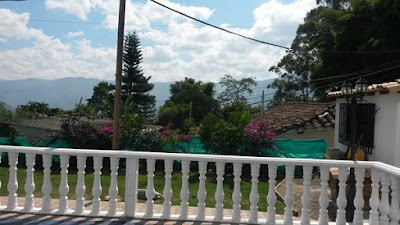 And this is the view we have beyond 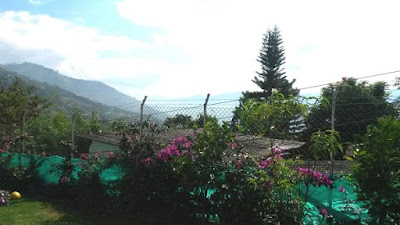 To me this is something special, however we have been told that the prospective buyer wants to build a second floor to the finca, this would block off our views.

This is what we would see instead of the top photo: 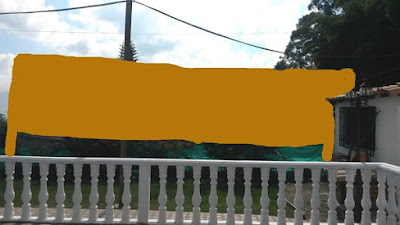 And this instead of the second photo: 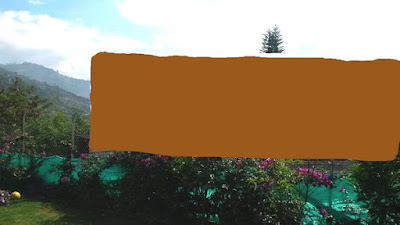 I have two options, if we can not resolve this amicably, one is to throw my money down the legal channel, or the second is to use that money to build a new kiosko/gazebo in front of the workshop, taking in part of an already small lawn, also to build a wall the same height as the workshop along the perimeter, and then beyond the 'new' finca, lower it to waist height, as there is another 8ft drop to the lane below. The wall would then have to be topped with razor wire, because the new finca will be so close to our boundary, I have no choice.

From the new kiosko, we would then have a new view up the mountain 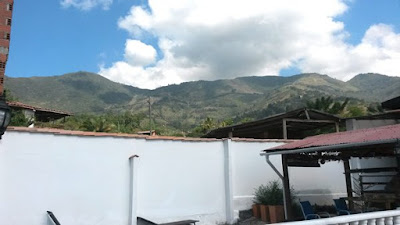 instead of down into the valley.

Then this area of chippings around the septic tanks, I would remove and again lay to grass, to replace the lost lawn.

All ideas in the melting pot at the moment, but if I have to go down this route, I will not be very happy, as it will mean less time in the workshop, yet again!.... suggestions on a postcard!!!