Having successfully completed Chinese Checkers, which we played yesterday, and it was much more enjoyable than I thought it was going to be, I decided that today, I would get on with Solitaire. 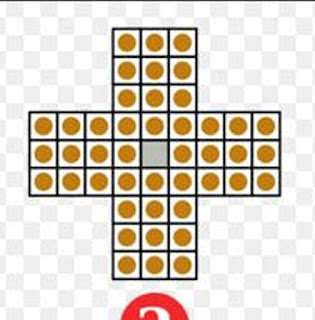 Again I used laminated oak board, this time I decided to make it circular, with a 14" diameter, so out came the circle cutting jig Using first a 1/4" straight bit I cut a circle, with the jig set at 7", that gave me my 14" diameter, and then I changed the bit for a bull nose bit, set the jig for 6" and cut a channel around the board in which to put the marbles as they are removed from the game.

That done, I again repeated the same method as previously, and taped the template to the board, using my hammer and punch, I marked the center of each hole, then removed the template.

Using my plunge router with a bull nose bit, I then set about cutting all the 'holes' for the marbles. 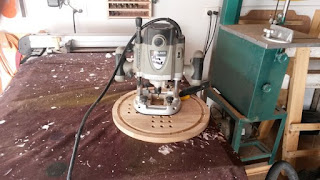 That done, I put a routed 1/4" round-over on the outside of the circle, followed by some sanding, and a number of coats of lacquer, counted out 35 marbles, fortunately this time there was no painting, and I was ready to play! 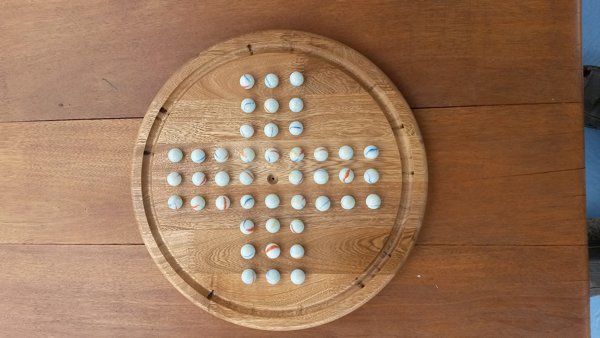