Good Deed for the Day!

The problems with the water continue, on Sunday, the water pressure was low again, no hot water, so sent a message to the Boss, heard nothing, but later on a Worker from the Company arrived (Good for a Sunday) and promptly snapped the valve lever to adjust the water, at the meter, so off he went to get another. He thought it was because the old valve was not fully open, but the pressure remained low, so he said it may be because the main tank up the mountain was low, he would go and see, fortunately shortly after, we had 'normal' pressure.

The work on the blanket boxes has not started, the pile of 2 x 4 in the workshop, have all twisted, they will be fine for other projects, where I can cut and plane the timbers smaller, but not for this, so they will have to wait.

Today, I have been doing some unofficial work for the Local Authority, the drain opposite out finca, taking the rain water into the brook, was well and truly blocked, 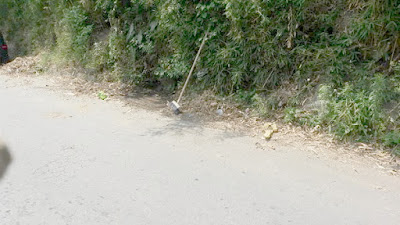 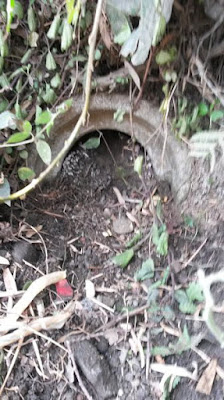 So I set about with a trowel and a crow bar, and dug out most of the soil, leaves etc. then with a spade cleared the area on the road, to allow the water to access the drain. 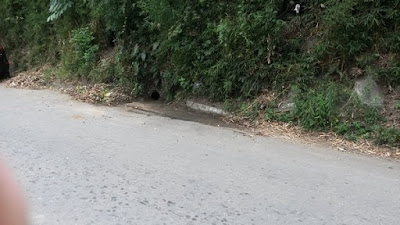 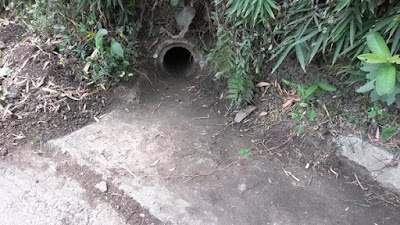 Hopefully now water will drain where it is supposed to!...That's my good deed for the day.
By Phil Sale at March 16, 2016