I think it will take almost as long to prepare this, as if I made it from scratch! On closer inspection, they used nails to supplement all the joints. Then just covered both the nails and the joints in filler, I guess to cover with their gloopy paint! 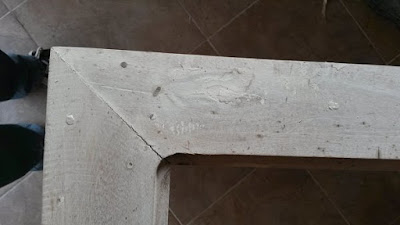 I started by sanding the table with 80 grit, to remove the filler and expose the nails and wood grain, then punched all the nails, and raked out the filler. 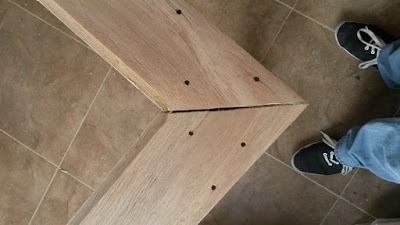 They have not only nailed the joints, but the top to the skirt as well, which is a shame. 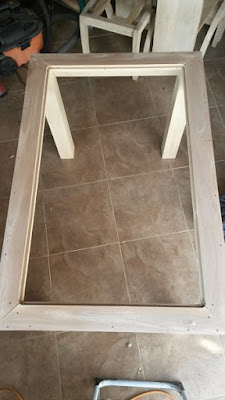 Removing the filler was easier than expected, they hadn't even worked it into the holes/joints, however on starting under the table, albeit out of sight, I want to make sure it is all to the same standard, I found they had not even been careful with their nails, and one supposedly holding the top, had missed the leg below. 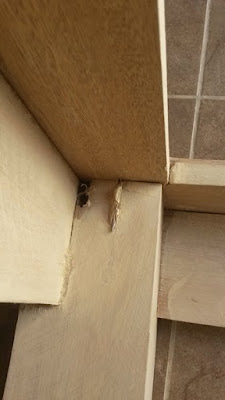 I ended up cutting this off with my rotary tool, I thought about knocking it back out, but with my luck, and Murphy's help, I would have split the top!

Once I had finished sanding the table, I used the sawdust mixed with glue, working it into all the joints and nail holes. 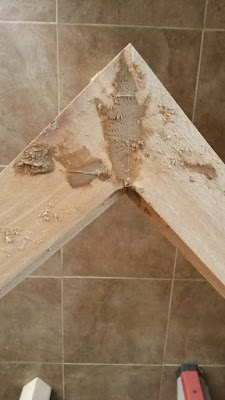 Once dry, it will then all need to be sanded again, and if needed, the DIY filler topped up, and sanded again.

I then moved on to a chair, where nails have been used yet again, this is going to be fun!

I had to give up before I had finished the first chair, as I was suffering spinal pain, but will be back to work in the morning.