Don't get excited!... it is just a solution to a three year old problem.

Unfortunately, our bedroom is at the back of the house overlooking neighbours 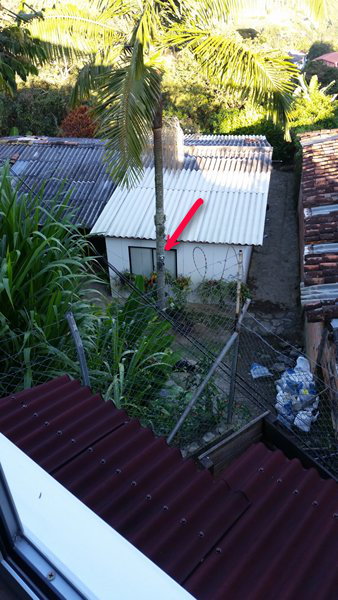 You can probably just make out the security light fixed to the Palm tree this works on a sensor, and unfortunately they have the light set pointing just under our bedroom window, so it does not shine in their eyes when they approach. However it does not just activate when they return, it also activates when their dogs are roaming, and the light wakes me up.

I tried asking nicely, if they could adjust it a little, but received a two letter word answer, so unless we have had to, we haven't spoken since. That left me with a problem, I tried to resolve it by buying a black-out roller blind, although it helps it was not the answer as there is a gap all around it 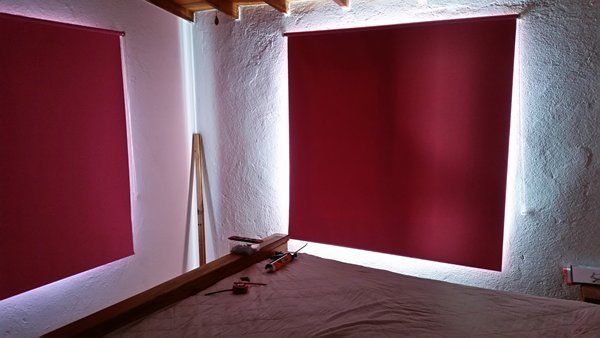 This is sunlight, but you get the idea. I thought of making wooden shutters to replace the roller blind, but the room just isn't big enough.

Then last week, I came up with the brainwave of making a frame for the roller blind to sit in, this involved making the side tracks, which you have seen, and having stained last night, I fitted today. 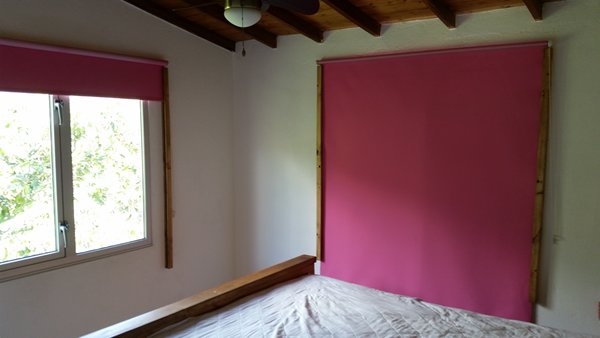 now I have to make the pelmet to stop the light above, but I couldn't do that until the tracks were in place to make the right size. below doesn't matter, because the blind is below the side of the bed, and I don't see it. 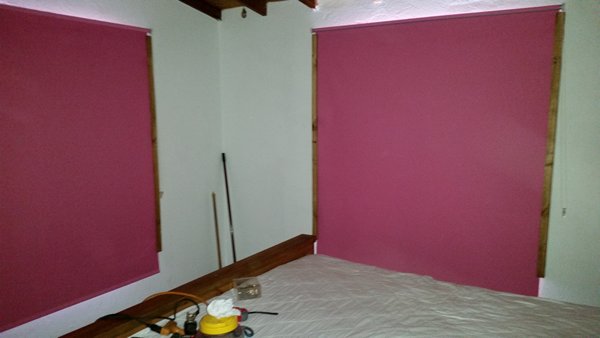 I tried taking a photo without the flash, but it was too dark to see...lol,  but you can see the idea, the tracks have cut out the side light, the pelmet will cut out above, and the blind itself will funnel any residual light down to floor level, which will not be a problem.

All I need now is for Marcela to say that the room is too dark!!!!!! but since she falls asleep as soon as her head touches the pillow, I might be safe.  I'll start on the design of the pelmet, tomorrow.
By Phil Sale at December 18, 2016