Yesterday, a neighbour asked for help, he wanted a pair  of 'swinging saloon doors', fitted between the public area, and storage area in his office/shop

So, I removed the hinges, repaired and painted them, sanded and varnished the doors, then fitted them in the afternoon, it passed a few hours. He then insisted that he had to pay, but I told him, that I would probably need a favour in the future, and if I did, I wasn't paying him, he laughed, and we left it at that.

In the last couple of days, I have also been installing air vents in the downstairs bedrooms. 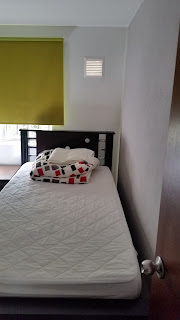 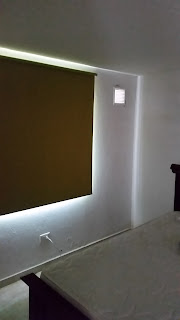 The problem is that there is not much choice, in either size or design, I was unable to find any that had the option to shut, I also had to stick mosquito netting on the inside of each to stop insects using them as their personal access to the house. Hopefully this will alleviate the problem.

The worst part was clearing up afterwards, the dust got everywhere, despite my best efforts!!!