Feeling better today, so I had an early start. As soon as Marcela left for work, the wheelbarrow came out, a few visits to the Building Supplies next door, and 18 sacks of gravel later, the land drain was finally completed.

Not quite as I wanted it, as the gravel is different, which is a shame, because I like the grey, at the moment you can plainly see the difference, but give it a month or two, with the dogs running around, and it will be mixed! 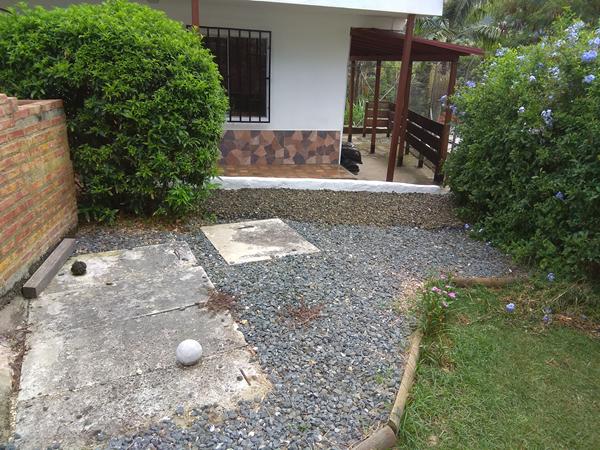 Next I decided it was time to make life a little easier, and make a trolley for the Generator, rather than give myself a hernia, every time I need to use it. 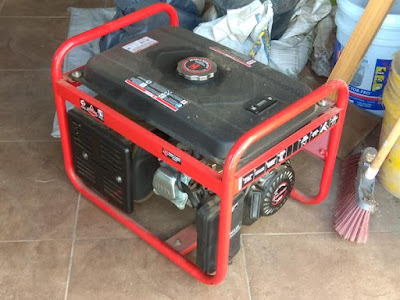 I bought the castors months ago, but just never got around to getting any further.

I only needed a basic frame, the furthest I have to take the generator is from my workshop, to the kiosko.

I decided the long supports could be out of pine, but I wanted to make the cross pieces out of hardwood, as they would be supporting the weight of the machine. 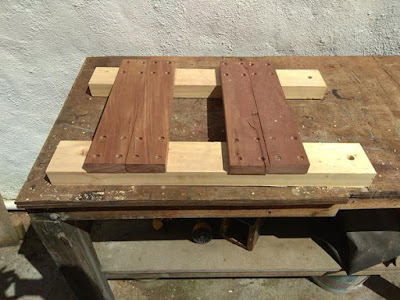 Six pieces of scrap wood screwed together, with holes drilled in the front for rope to pull it with. I drilled through the generator base plate, so I had holes to screw it to the trolley, to stop it sliding off when moving it, also when in use, due to the vibration, two of the castors are braked, so it won't move about. 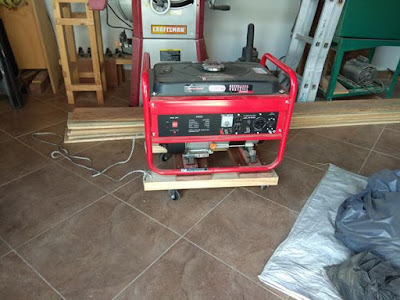 Job done, why it took me so long to get around to it, I have no idea,  the trolley is only an inch longer than the generator, so it takes up no more floor space, I did have to move things around, due to it being taller, it could no longer slide under my shelving units, but that was soon resolved.

Finally,  out came the brushcutter, I trimmed the grass, lawn mowers are alien to Colombia, you can buy one, but you are thought of as odd, if you are seen with one, and to be honest for my little plot, the brushcutter is probably a better option. 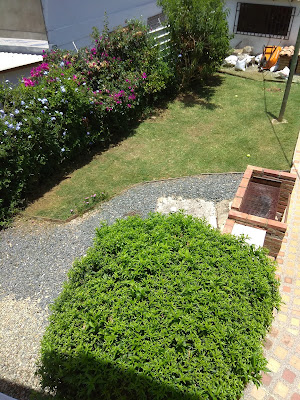 As I was packing up for the morning, I received a visit from my neighbour, who was supposed to be coming to do the welding, to say that he couldn't do it today, he had to do some work for a friend, and his Brother. After preparing the job yesterday, I was steaming, and let him know it.

He said he would come tomorrow, I told him I was out until late afternoon on appointments, but if he was not here tomorrow, to forget it, and I would find someone else, I wouldn't mind but he is already three weeks late paying me back the money he borrowed...That's the last time I help him out. Marcela said he had sussed I was a soft touch for a loan, she was obviously right, oh well! his loss.
By Phil Sale at August 14, 2017