Every time my Father-in-law visits, we have a problem, because he likes to sit and watch football, but we don't watch much TV, so cancelled the TV contract, and use Kodi and APKs for our needs they are fine, but for sport, it is a pain in the backside, the channels are continually buffering.

As a result Marcela and I decided to purchase a Prepay Direct TV kit, it was only £20-50 for the dish and receiver, and we can purchase as few as four days viewing for £2-50, so we can't really go wrong, it was then just up to me to install it, or pay for a Technician to come and do it, which would probably have been more than we paid for the kit.

Yesterday I set to, and cabled the system, from the lounge through the office to the balcony, having watched the video, which said I needed the dish pointing south, fortunately whilst having a break, I then read the manual, which said it had to point south west, which was not visible from the same location, I decided tha manual took precedence, so changed the direction of the cable on the balcony.

I decided that I would try installing the dish on the inside of the balcony, which we don't use, and it would be out of sight, but once in position it was obvious that the roof was obstructing the line of signal, so I packed up for the day.

Today, I started again, I installed the dish on the outside of the balcony, not the ideal spot, but at least it is on a corner, out of the way. 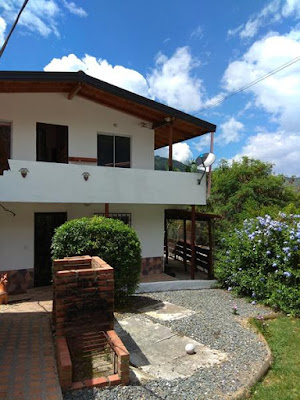 Set the angle to 65º, and pointed the dish south west, I needed a signal strength of at least 91%, but could only get 60%,  when the connection was made, the TV screen was telling me that the dish needed to point to 258º, which in laymens terms is West south west, then I accidentally tilted the dish, as I put my weight on it, and it was buzzing like a nest of hornets, so I made the adjustment to 62º and went in to find a brilliant result. 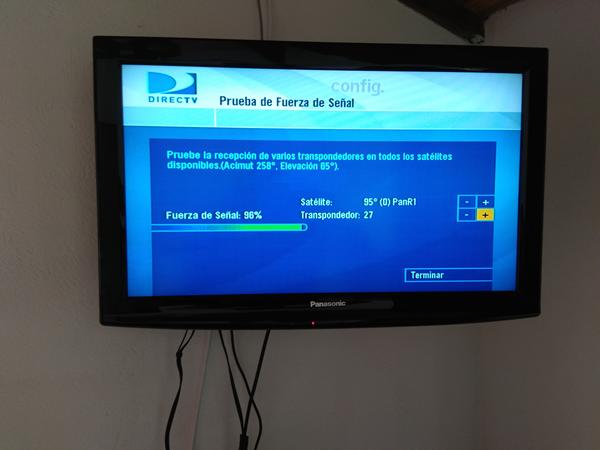 I had a signal strength on 96%, without a satellite meter I thought that was brilliant... I might have a new line in business!! 😂

Now we just have to phone and activate the account, then I can pay as and when I need it, and the Father-in-law wont have to make excuses why he cant visit!
Posted by Phil Sale at 16:00