This morning I started work as soon as Marcela left for hers, I wanted to finish before the sun came up, but that was just wishful thinking. I wanted to get this wall sorted out, as it was an eyesore. 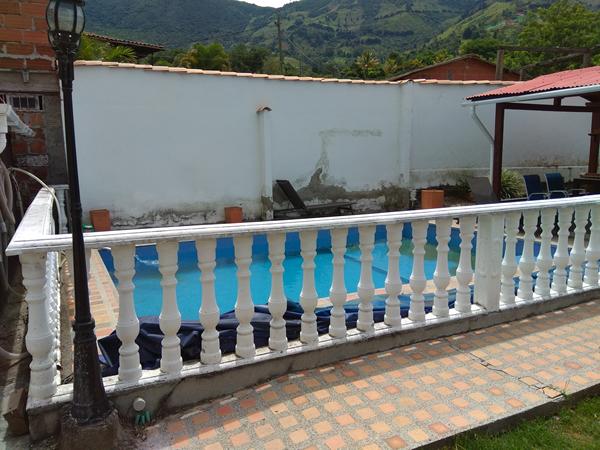 The first job was to scrape the mould build up along the bottom of the wall, having moved the pots and sunbed out of the way.

I had decided to try estuco (stucco), as my previous efforts with render had no long term effect, however I hadn't got any, so first I went next door to Agrozarzal, but they only had little packets of interior estuco mix, no good! I then went to the Deposito on the Autopista, they had large bags of powder but again only interior, they suggested I would only get it at Homecenter, so I ripped down to Niquìa, and bought five gallons to get me started.

Back home, I read the instructions, the area was already clean, it then told me to trowel it, ha! they could forget that, I had some disposable brushes, so got out a big brush, and got started, by this time the sun was blazing, and stood in front of a 'white' wall made it seem all the hotter,  I guess it took me about two hours to do the parts that needed doing. 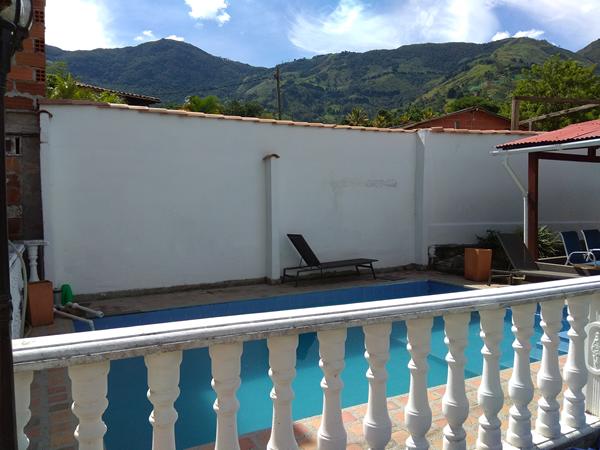 It now actually looks quite presentable, but in a day or two, I will paint it all, and then I will just be left with the balustrade.

Tomorrow, at 9am hopefully I have a man coming to quote on repairing the drain pipe, and another job I want doing, he is the man that did all the building work when we first moved in, but I am more savvy this time, so he can think again if he has any ideas on Gringo prices, I didn't think he was too bad the first time around, until others said what they would have charged!!
By Phil Sale at August 05, 2017