For the time being anyway, I can move on to other work, I have to prepare for the new concrete floor to go in the 'zona de ropa' (Drying area at the side of the house).


When we moved into the Finca, this side of the house had been used to keep chickens, and was just earth, and rubbish!! when the Builders who were doing the renovation, moved the chicken hutches, they reported that thousands of cockroaches swarmed out, and they had to run, before they disappeared up their trouser legs. Fortunately Marcela and I were not on site at the time, but we had a cockroach problem for months, even after employing an exterminator. Even now, three and a half years later, we have visits from these pesky insects 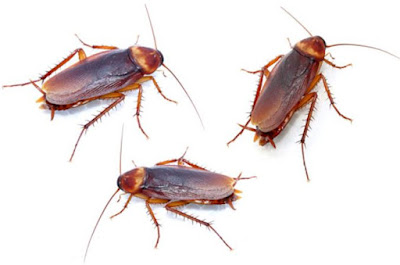 Where in the UK, they were always thought to mean you had a dirty home or business, here they are accepted as part of life, much like ants, especially in rural areas, that doesn't mean we welcome them, in fact, Marcela is an Ace cockroach splatter!!! and the dogs, especially Pepe, are partial to the odd snack!

Anyway I digress! this area was needed for it's current use, so there was no time to dig out and fill with rubble etc, it was filled with concrete, re-inforced with  steel, but it has started sinking, and the problem with that is, that if no action is taken, it will end up pulling the roof away from the wall, as the supporting posts, in the above photo, sink!

The original idea was to jack the front beam up using two acrow-props, that way the concrete could be poured under the existing posts, but that left a problem, because the floor then has to be tiled, which would have to be done patchwork style to accomodate the props. I have now decided to leave the posts where they are, and drill through the metal post base and post, and put a piece of rebar through, so it is sticking out both sides, this will then be encased in the new 5cm of new concrete, so it will not be able to sink further, I will also remove the rawlbolts holding the posts to the concrete, so if the original floor continues to sink, the posts will stay put...or at least I hope they will.

I think it's going to be about three weeks before Diego and Oscar return to start the work, but there is no point in leaving everything until the last minute. I will have to buy longer drill bits, both metal and wood, to insert the rebar, but today, I removed the wooden fence.

It's a shame, because it did give us privacy, but the new concrete floor is going to the metal fencing behind, so it had to go, it could have been replaced later, but that isn't going to happen. what isn't re-used will be re-purposed elswhere, but most of the planks will be reused.

I have to attach a row of planks along the bottom of the metal fencing to act as a border for the new concrete, I will also extend that planking in both directions, so it hits the end of the fencing, behind the orange wheelbarrow, you can just make out in the photo, and also in the other direction, so it sits behind the azulina hedge. I will then put a second row of planks above it, at this moment I am not sure if it will sit on top of the first row, or if I will place spacers, so it looks something like now, but instead of on posts, it will be wired back, not screwed, to the metal fence posts.

Today, I removed it all, and then re-oiled all the timbers that will be used, using old engine oil, so it looks black like in the photo, and not grey weathered, as it did when I removed it.

The posts will be removed from the bases when they are a bit drier, they will then be planed and put back in stock. The bases will be cleaned up, repainted and again put away until needed.

I managed to get all that done, before our daily tropical storm came along!
By Phil Sale at September 09, 2017