Something Went Right For A Change.

Having worried about the water leak in the bathroom, and wondering whether it would be a better idea to get a Professional in, I thought about most Colombian Professionals, and decided I could do it myself!

So after Marcela had left for work, I removed the bathroom sink, before I damaged it, and then cleaned off all the epoxy and other mixtures I had tried, in my attempts to seal the leak, the fact that it was easy 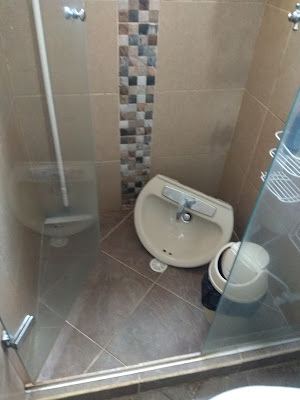 to do, showed me what a failure the attempts had been. I used thinners to clean the pipe, there was probably a little less than half an inch of pipe sticking out of the wall, after turning of the water in the road, using a hack saw, I carefully cut at the first joint from the wall, which was the offending one, if I had made a mess of that, it meant no water, until I had broken into the wall and fixed the job.

Fortunately, all went well, so I sanded the cut, and then applied special PVC glue Diego had left me, which will set even if wet, and attached a new fitting, this would give me more space, as previously there were two fittings. I then left it to set for half an hour. 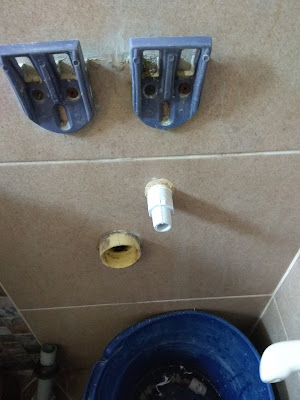 Before assembling the tap fitting, so as not to disturb the joint. 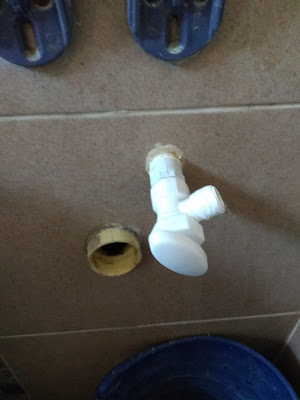 Then it was time to replace the sink and waste 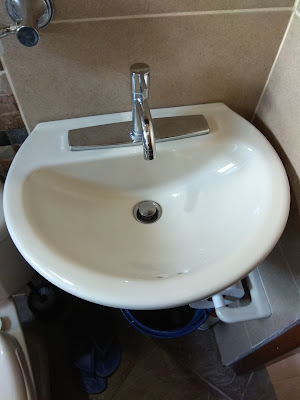 That done I went back out into the road, and turned the water back on, but at low pressure, and ran back to the house, in case there was a flood, I needn't have worried, it was totally dry, and has remained so ever since...job done!
Posted by Phil Sale at 16:39