Now We Are Getting Somewhere...Slowly!

This morning I was up even earlier than usual, Oscar had said he would be arriving early, so I did my usual morning activities, then went to have a closer look at the work, whilst I was alone, I was not happy, the floor is supposed to run from the house out to the fence so the rain drains off, instead it was going to pool in the middle of the floor, as you can see from the photo 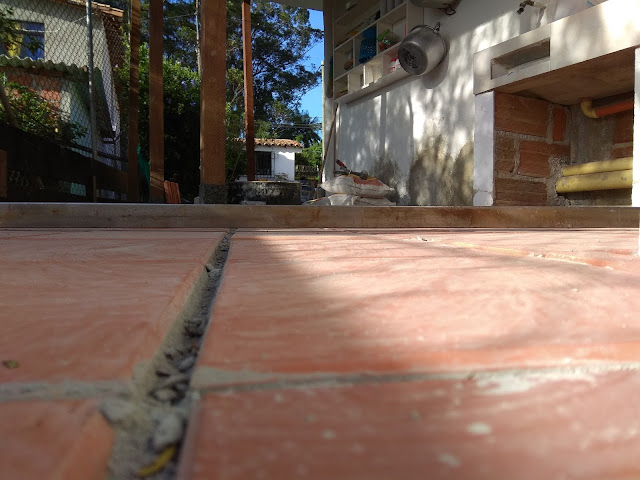 You can see the space under the metal bar there is a good 1/4" gap, also he had laid a couple of chipped tiles, again I wasn't having that.

Oscar and his Mate, eventually turned up at 9.30am with obvious hangovers, again I wasn't happy, and couldn't hide it.

Oscar must have realised he was risking not getting paid, so the work he had ripped up yesterday and redone, was ripped up for a second time. He tried to blame Diego's concreting, but the floor was the same yesterday as today, so why couldn't he have done this latest work to begin with. 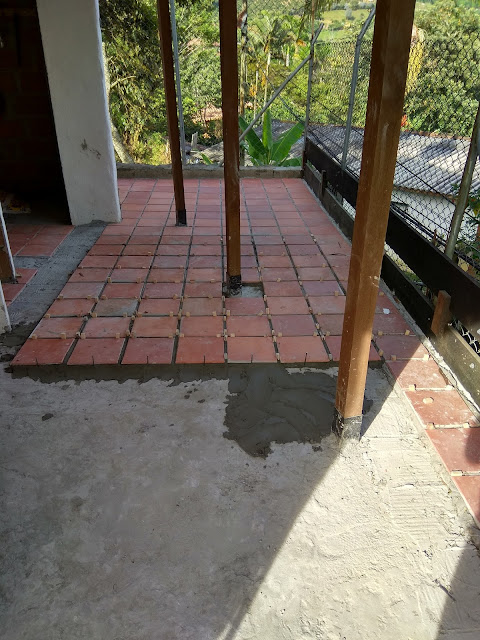 It's like a totally different worker was on the job, unfortunately he walked off the job at 3.30pm saying his knees were hurting, so he still has some way to go, albeit, I think he had had enough, and it has been a National Fiesta today.

We have been in touch with Diego, as our contract is with him, and he got back to us stating Oscar will be here early tomorrow...we'll see.
By Phil Sale at October 16, 2017

Email ThisBlogThis!Share to TwitterShare to FacebookShare to Pinterest
Labels: chipped tiles, national fiesta, now we are getting somewhere