We have been waiting for confirmation of our new washing machine, but had heard nothing, so I gave the job to Marcela of chasing it up, thank goodness I did, because she was given the run around, in the end it turns out that the Store is just the shop window for the manufacturers, and it will be delivered tomorrow direct from the Haceb factory. That sounds like a good number for the Supermarkets if that is how they sell all their white goods, they must just act as the shop window, and take a commission on all sales. Now we wait to see if it arrives.

Today, I stripped out the Gazebo, and power washed it ready to put up the Christmas decorations, unfortunately it was not quite that easy, because what I thought was a case of pointing down one side of the floor, between the gazebo and the pool, was a little more than that, in fact a lot more, it took a sack and a half of sand, and a third of a sack of cement, I made up almost liquid cement, so that it would pour, and filled the 'crack', there is definitely major land movement, and looking at the swimming pool surround/pavement, that will have to be replaced next year, if the pool itself doesn't get any worse, if it does, I will probably fill the lot in.

That done, it was time to start putting up decorations, Marcela wants to do inside the house itself this year which is fine, so I have put up the outside lights and decorated the gazebo 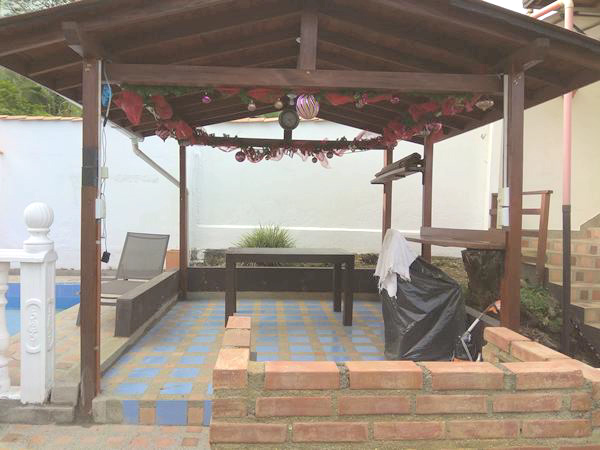 Fortunately from my standpoint there is nothing hard about it, as the same ones go up and come down, but I did have a bit of a shock this year 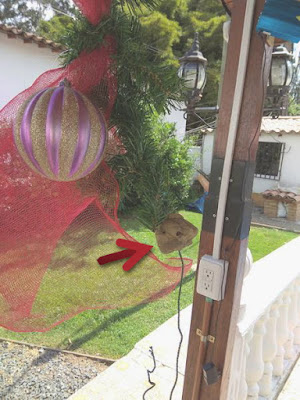 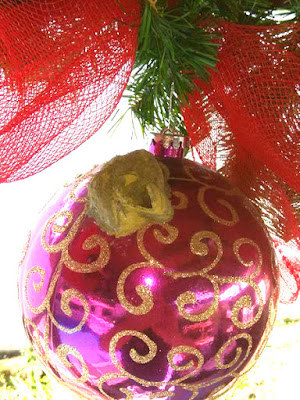 The top one, is shown by the arrow, and the bottom one, well, you can't miss it, two wasp nests, I don't know how I missed them when I put the decorations aways last year, I was lucky I didn't get stung, we shall have to be more vigilant this year!
Posted by Phil Sale at 16:38