Yesterday, I went off to town in the morning, and bought amongst other things some black spray paint, the front bumper on the Montero was looking really shabby, one of the corners had obviously had some damage at some point, and the filler was worn and showing through.

Back home, I gave the damaged corner a good sanding down, with 'wet & dry', and washed the rest of the bumper, which is steel, it had turned from black to light grey.  I removed as many bolts as possible, but was unable to remove the bumper, so those bolts were sprayed black and put to one side, I then put up some shading, as the sun was red hot, too hot to spray paint as I couldn't keep my hand on the bumper without burning it.
That done, I taped up the area, and then painted the bumper, using one full can.

It's not perfect, but it looks a lot better, I put the bolts and the number plate back, job done.

This morning, it was a working morning, I say that but it is only 10am. We had an early start, as Marcela had to go to the City Center to buy stock for her shop, so I got stuck in.

First job was to cut the front hedge, I then prepared the red metal chain posts, and gave then a fresh coat of paint. 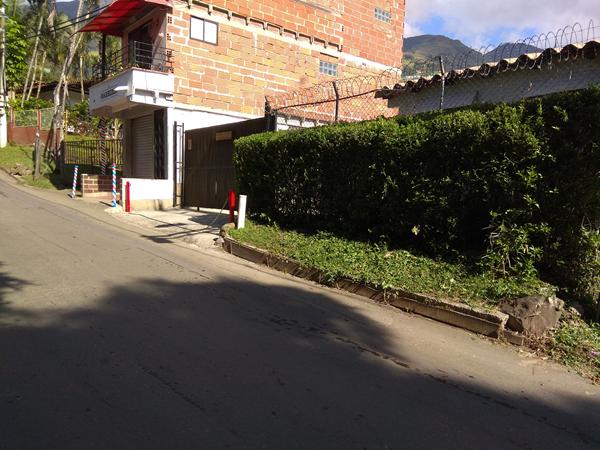 It's looking a bit smarter out the front now, I was glad to finish, because by that time, the sun was scorching.

I then went into the workshop, gave the photo frames a light sanding, and a, I hope, final coat of varnish, they have had four coats up until now, that should be enough. 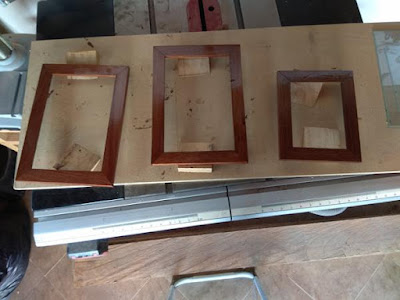 Hopefully later today, if the varnish has dried, heat isn't the problem, it is the humidity,  I will be able to mount the photos and hang them.
Posted by Phil Sale at 10:09