This morning was yet another scorcher, blue skies and sun, so I decided to do some gardening, I trimmed the azulina hedge, the Dame de La Noche, and then pruned the trees, two orange trees and a peach tree, 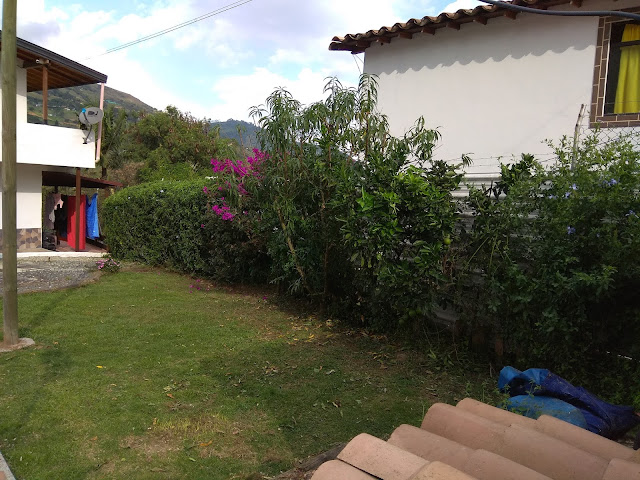 It certainly looks a lot tidier now, but when I had finished the lawn looked like a disaster zone, I spent more time cutting the trimmings into small lengths and bagging it, than I had doing the job. 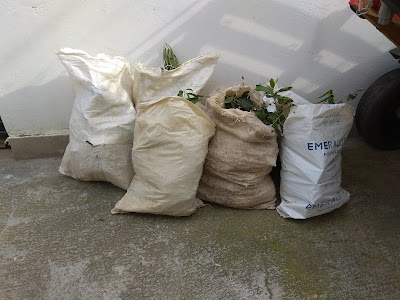 I don't think the bin men will be that happy on Thursday morning! I think there were seven bags in total.

Later in the week, weather allowing, I will see if the other side of the hedge, in the neighbours lane, needs trimming, but if it is dry, tomorrow morning I am going over to Bello to sand down and paint the front door of our house over there, that should keep the Mother in law happy for a while, albeit she is coming to stay with us for a couple of weeks, she has her date for the operation on her foot, it is next week, it will easier if she stayts with us, the Father in Law will return from Caucasia to give a hand, mainly the cooking, so it will be 'Happy Families' again...I hope!
By Phil Sale at January 08, 2018