I woke early to the sound of rain beating down, despite it still being hot! That did not bode well for my working plans this morning of rendering the wall below my workshop.

8am, and the rain disappeared, I took the boys for their morning walk, had breakfast, then it was time to earn my crust.

Cement mixer out, and loaded with the first batch of sand and cement, then out into the lane, and started getting down and dirty.

The job was taking longer than I anticipated, mainly because of the hollows behind the wall, which were swallowing up my render, four wheelbarrows later, and I was approximately half way, and being told by my back and knees, that I wasn't going to finish today. I don't think it was the rendering that did me in, but lifting the sacks of sand into the mixer. There are definitely times when I wish I ordered the sand in bulk, and just had to shovel it in from a pile. 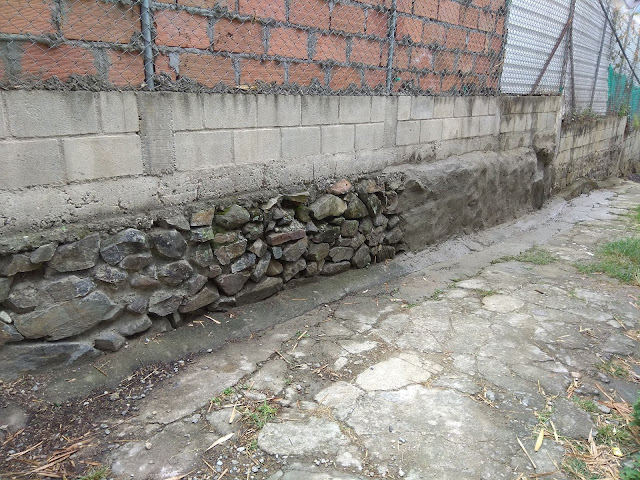 There was all sorts living in this wall, and none of it good, wasps, rats, all burrowing behind it, and if this wall were to give way, it would be my workshop that ended up down in the lane. 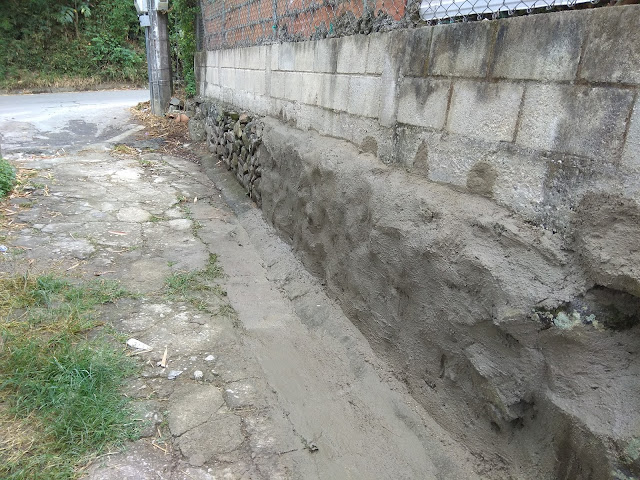 The last photo was taken, just in case there are any allegations, that I didn't clear up after finishing the work. 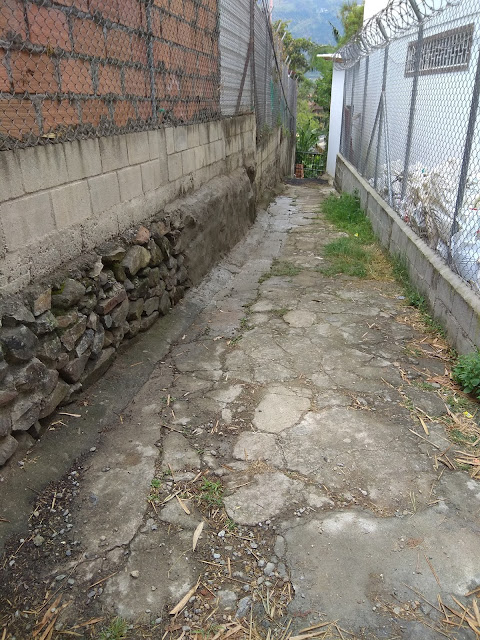 Equipment cleaned, showered and changed, and that's me finished for today, to be honest, I don't think I would have got much more done even if I wanted to, it looks like rain again! Hopefully if the neighbour's cars are not there, I will get this finished at the weekend.
By Phil Sale at March 15, 2018

Email ThisBlogThis!Share to TwitterShare to FacebookShare to Pinterest
Labels: rendering