I woke in the night, it was pouring down, I got up at 6,10am, to put the rubbish out for collection, and it was still drizzling hard, I was beginning to think that there would be no work today, which was really frustrating, because our neighbour rang last night, and gave the go ahead, we were due to start at 8.30am.

The time came, but it was still raining on and off, there was no point in starting to render the swimming pool wall, if the rain was going to wash it off.

However shortly afterwards, it reduces to a few spots, Henry (Father-in-law) and I decided to get going, the first job was to fill the main crevices, and holes, for this I was using course sand. 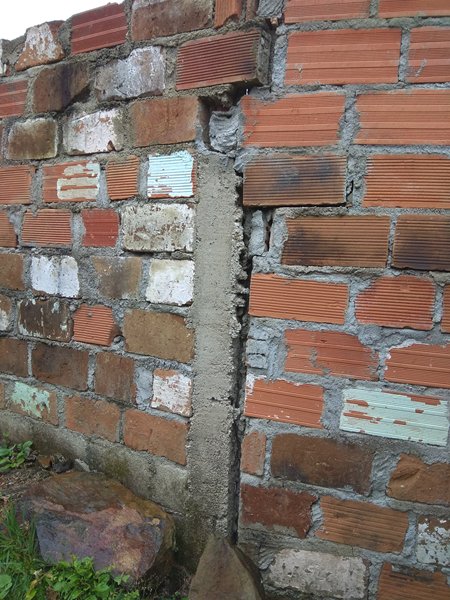 This is the problem part, I have been filling every year for the last four years from the other side, the builder obviously never tied the two walls together, and with movement on the mountain, it gets worse, and will continue to do so, but for now, we are filling from the neighbour's side, and then I will repair my side yet again, and it just might last a couple of years longer. In addition to the terrible standard of building work, the previous owner had obviously been collecting demolition materials, as the wall is built from a mixture of brick (terracota) blocks and sandstone blocks, which probably doesn't help with the stability.

The pointing was done, making sure it was packed tight into the cracks, unfortunately at the moment I have no after photos, as I was covered head to foot in cement, and had no intention of taking my cell phone out.

Once the patching was done it was time to start rendering, using a fine sand and cement mix, this photo shows about two thirds of the entire wall we need to render. 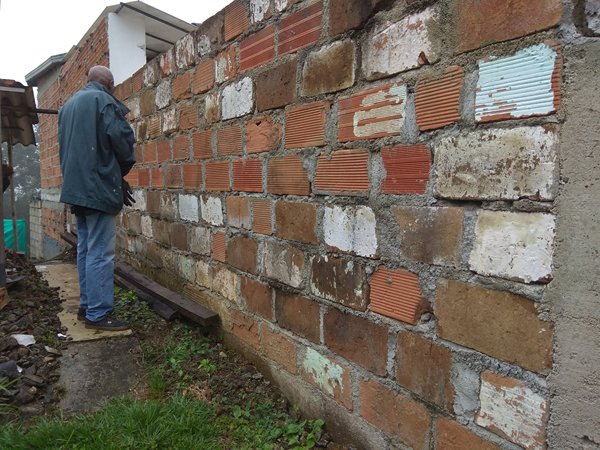 right down to the breeze block wall in the distance, in fact that was where we started, and have worked our way back to where the house wall comes down to the garden wall. I will take photos tomorrow, if I can get out of bed! We have only rendered the first floor /ground floor of the house, as the brickwork is good above, also I don't like heights.

The neighbour thinks it is a great improvement, and it does look much better, but to keep her on side, I have said I will gravel her path alongside the wall, the only part paved, is the short piece you can see in the photo.

We finally wrapped up, at 1pm, cleaned all the equipment, showered and had lunch.