The End of a Project

This morning, it was bright and sunny, Marcela was going out with her girlfriends for a late birthday celebration, so I decided to finish the work in my neighbours garden, and that entailed barrowing a lot of gravel from the Builders yard on one side of us, to her garden on the other side.

I am definitely starting to feel my age, but I got it done, and now she can walk down her garden, without having to worry about trudging in mud. 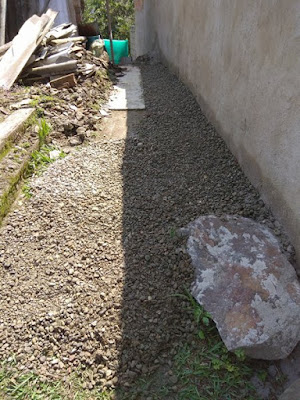 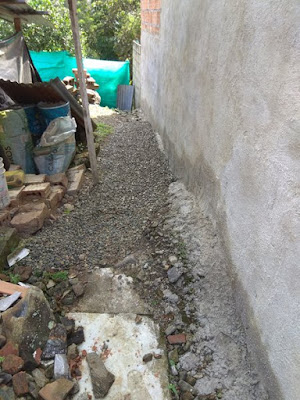 To top it off, the neighbour was chuffed as well! It was nice to do something for her, she works all hours, cleaning houses the other side of Medellin, and doesn't have a lot of cash left over.

The only thing I am concerned about, is the damp showing on the bottom foot of the new rendering, that could just be from the storm last night, or it could be from the ground, in which case, I will need to remove the bottom six inches of render, which can be done, I did it at the back of the house, but even so it will be a pain to do.

That done, I did some housework, and decided that being Retired meant I had to put my feet up.

This afternoon, we have had an Army patrol walking the Vereda, whether is was part of a Military exercise, or as a result of the problems we have been having up here on the mountain recently, I don't know, but it was good to see them.

I just hope that word gets to those who have been causing the problems for us. 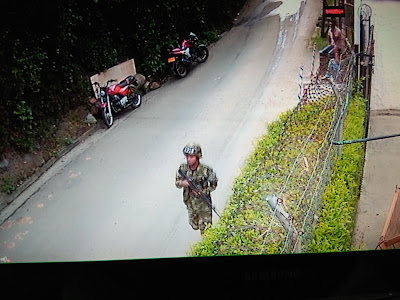