It's when I undertake a project on this scale, that I wish I still had a workshop the size of the one I had in Spain, 150m2, instead I have to make do with my 20m2, and shuffle things about, which does slow things up, but there again, it is not often a project is this big.

To get at the plywood sheets, I had to move yesterday's cut list out of the way. 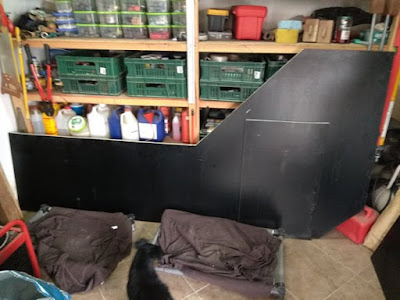 Then I continued working on one of the old desks 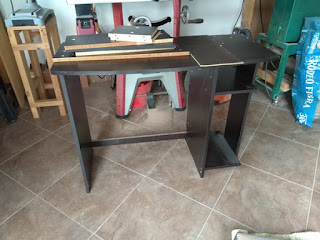 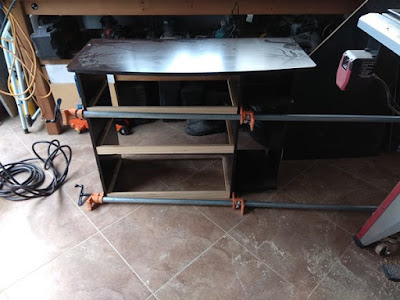 which I glued and bradnailed in place.

I then cut the side and back panels for the three drawers from the 18mm plywood, the base I cut from some 1/4" plywood I had in stock, enough to complete this desk, but not the second.

rather than just pin the base to the drawer panels, I decided to inset it, by cutting a dado around the bottom, to support the base, this would then hold more weight, without dropping to bits.

To ensure I didn't mess up the expensive ply, I did a practice with scrap, to ensure it was the correct 1/4" channel. 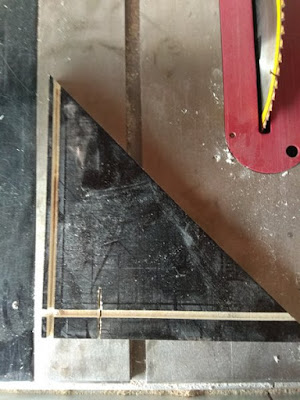 I then assembled the drawers, the faces will be cut and installed later on. 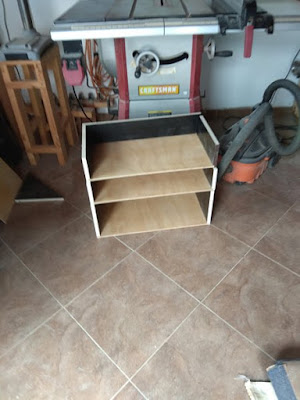 At the moment they are just glued and bradnailed,, before the final assembly, they will also be screwed.

I decided that was it for today, so after a quick brush and clean, I popped the drawers into the desk 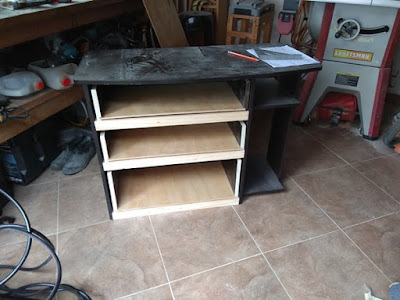 and went for lunch, followed by a shower as it was time to get rid of all that sawdust!
By Phil Sale at May 05, 2018