We Have Been a Bit Preoccupied!

OK, so what has been happening over the last couple of days, well Colombia as a whole has been suffering from water problems, and not a lack of it.

A bit further north in Ituango, the Medellin based and owned Power Company EPM are building the biggest Dam in the country, and the other day things went seriously wrong, resulting in twelve towns below the Dam, along the River Cauca, being put on evacuation alert, and those nearest being evacuated immediately. Our concern was for my Father-in-law, Henry, who lives in Caucasia, one of the towns on alert. Marcela asked him to come to us until the emergency was over, but he declined, staing he was at least 50m from the river... that was definitely wishful thinking! However it was then taken out of our hands as the road to Medellin was cut off. Now we just have to hope that EPM can save the Dam, and all those below it.

A bit nearer to home, and the weather has been getting worse and worse, on Friday we had a storm like I have never seen before, and many hear don't remember it being that bad. 100m further up the road at La Chosca, was the scene of devastation.

Fortunately for us, the storm water, went straight down a secondary road, used if the principle road is closed, rather than coming our way.


Indeed, had it come our way, this is probably what we would have encountered, as this is the bottom of that same road.

This morning, I walked there with the boys, and even though it wasn't the best of roads anyway, only passable with the Montero, is is definitely worse now. 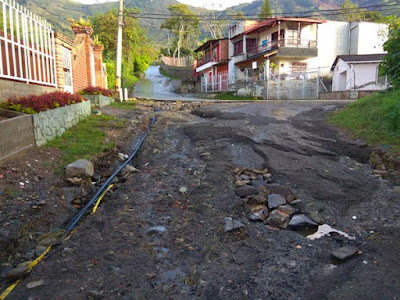 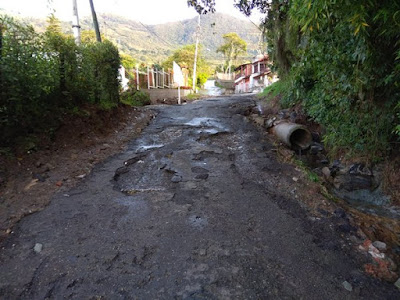 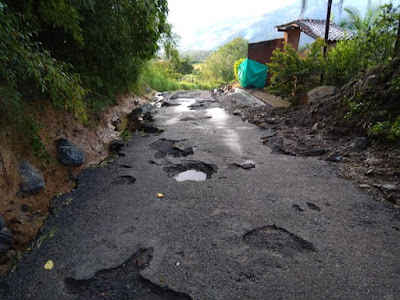 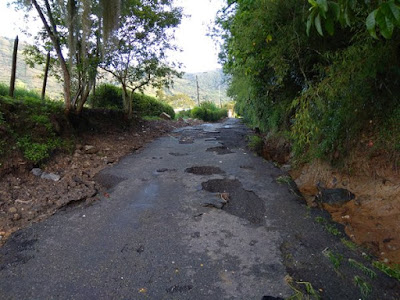 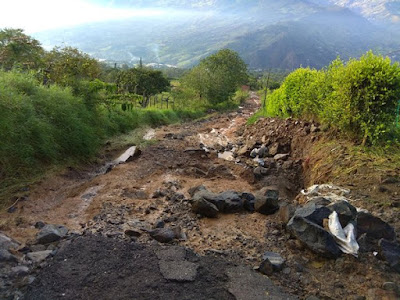 Fortunately nobody was injured as a result, although some houses were effected.

Now we have to see what the Town Hall does to help, we have been asking for them to repair the principal road, for years, if they don't now and it continues deteriorating we are going to be trapped. I have a feeling, that we will be left to our own devices, if that is the case I think people will now take to the streets, they have had enough of this Mayor and his corrupt ways.


Today, I did some cleaning, and then changed the blinds in the Office from roller blinds to Venetian, mainly to let in more light whilst having privacy.

I was then waiting for Juan Pablo to come and upgrade our Security Camera system, but he had arranged to come this afternoon, I feared it would be cancelled, because we have lovely weather in the mornings, but storms in the afternoon, and sure enough it started at 1pm, so I spoke with the lad, and cancelled, as I did not want him installing wet cabling, that would rust and fall apart. Now he has said he will come tomorrow morning, we will see, I am certainly not banking on it!
By Phil Sale at May 19, 2018