What is the Future for Colombia?

With the first round of the Presidential Election tomorrow, there appear to be three main Contenders: 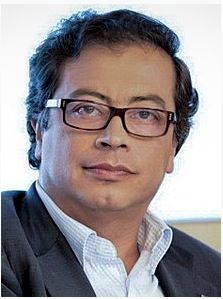 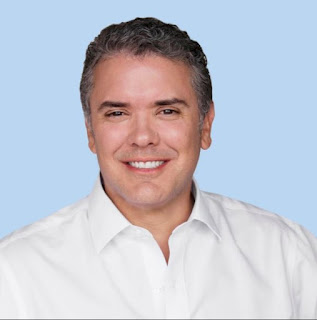 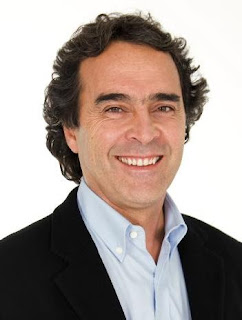 The consensus seems to be that the final result will be between Petro and Duque, personally I have no say in the matter, but I don't like either of them as a Candidate.

Petro is a Communist, although is is forever going on about his brother Maduro, the President of Venezuela, I don't think there is any chance of him taking the country to the same depths that Venezuela has sunk to. But he has some way out ideas, such as within four years he believes that he can get rid of the class system here, where people are either filthy rich or dirt poor, and make everyone middle class, that in itself is a joke, when you look how many properties this man owns, and the fact that his children live in France, so there is no danger of his family being effected. I can't see him, or the other elite in the Country giving up their properties and income. He also wants to change the Constitution, so that he can serve at least sixteen years as President.
Petro was previously Mayor of Bogota, and made such a hash of the job through his dictatorial ways, that eventually he was removed from Office. His appeal if you can call it that, is his promise to wipe out corruption, but we have not heard how he intends to do that, especially when it is a countrywide problem.

Ivan Duque, is probably the least experience political Candidate, he comes across as every bodies friend, but he is a supporter of, and supported by former President, Alvaro Uribe, who himself is currently under criminal investigation. Listening to locals, Duque will get many of his votes from people just wanting to keep Petro out, not because they think he will make a good President.

Sergio Fajardo, he has good ideas, but doesn't have the tenacity or ability to be able to implement them, Fajardo was previously Mayor of Medellin and Governor of Antioquia, and failed at both positions, what makes him think he would be able to do a better job as President?

It all comes down to the people, and who has been taken in by the arguments put forward, I certainly don't think that the next four years are going to improve the standard of living of ordinary Colombians, in fact I think just the opposite. It is such a shame, it was an opportunity for genuine change, and it has been thrown away.

Now I just have to wait and see who will be the one to decide how our standard of living changes.
By Phil Sale at May 26, 2018