The Good and The Bad

When I returned from walking the dogs this morning, I decided that whilst the sun had not yet come out, I would rub down and polish the damage on the Montero, it isn't too bad, especially being an old car, but until now it didn't have any dents, so I was just a little peeved. 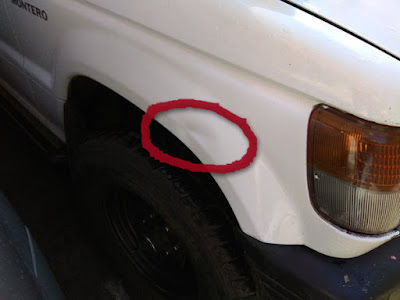 Had it been just that, I would probably have forgotten about it, but later having been to town to do the shopping, I decided to wash the car, and found more damage, this time higher up, and no way it was done by another vehicle. 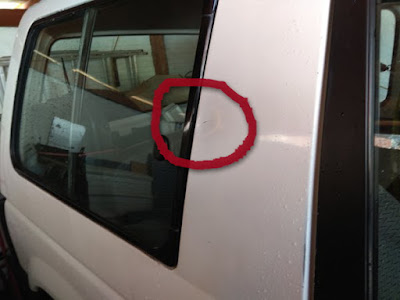 One has to ask, why? when? and where?, and the answer in all three cases is that I have no idea, but if I ever find out!!

I had a camera in the Montero, but it only records when the ignition is on, unfortunately that camera had come to the end of it's useful life, the built in battery had died, so every time I turned the ignition off, it lost it's memory, including the time and date, which defeated the object of it somewhat.

Because there is a new trend over here, where people throw themselves in front of, or onto the front of vehicles to claim compensation, I wanted both our cars to have cameras as protection, against this, they didn't have to be top spec, just something that loop recorded, and showed the time and date, so I purchased two. 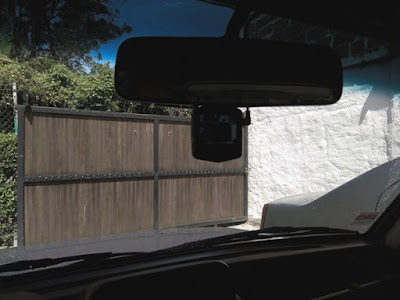 Sorry about the photo quality, last Tuesday, I fitted them, and in one way they are better, because they came with long cables, so I was able to bed the cable into the trim, and not have it hanging in the way.

Whilst I was in town, I had received a message from Juan Pablo, to say they would now be attending at mid-day to sort out the security cameras, it really came as no surprise, I thought he was at the Gym.

Spot on mid-day one of his technicians arrived, and when it was suggested that Juan Pablo was at the Gym, he smiled, I think that answered the question.

Anyway two and a half hours later the new mast was up with two security cameras instead of one, now I can check if anyone is taunting the dogs, if they are, I can just open the office window and...bellow!!! 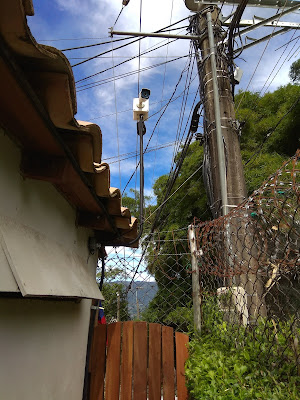 Once the Tech had left, I had my lunch, and then we took it easy, Marcela didn't open the shop today, nor is she tomorrow, with the kids not being at school, it was costing her more to open the shop, than she was making, so it is shut until Monday, from my point of view, I am pleased, because I get to see more of my wife for a few days, when she isn't screaming at the television, yes, she is a football fanatic.

One bit of good news today, we heard that the gas pipe explosion has been repaired, therefore in the next few days we should have gas again for our cars, the situation was obviously not as bad as first thought.
By Phil Sale at June 22, 2018