We have a problem yet again with the Finca de Recreo behind us, the one the Policía 'couldn't find' last time we rang them, it is yet another National Fiesta tomorrow, and these people came yesterday, and the music hasn't stopped for twenty six hours, we have another night to go, so no sleep makes me even more grumpy than usual, in the last couple of hours, the volume has been turned right up again, so we may be making phone calls later, not that it will change the situation, but at least the calls will be logged.

We believe we may have found out why the Mayor is refusing to take any action to control the Fincas de Recreo, apparently those seized by the Government from Narcotraficos, and sex houses, are then placed under local Government control, i.e the Mayor, who then appoints an Administrator, and they are open for business, we are told that no income is declared in the Public Finances from these fincas, so where does the money go?...one can only assume it goes into the pocket of the Mayor and his Cronies, and therefore he does not want a register of these establishments, or to declare the cash to DIAN (the Colombian Tax Authority). This would certainly explain why we have been banging our heads against a brick wall for the last four years, it is also believed that the finca behind us is one of those!


This morning I finished installing the garden lights, it took a little longer than 10 minutes 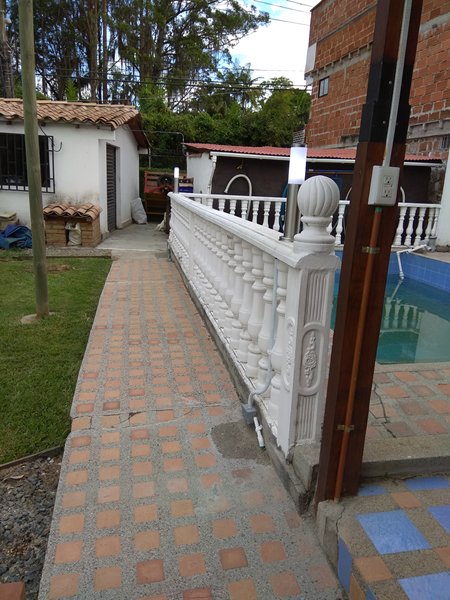 but there was no major problem, especially once I asked Marcela to take my 'helper' to watch the football! 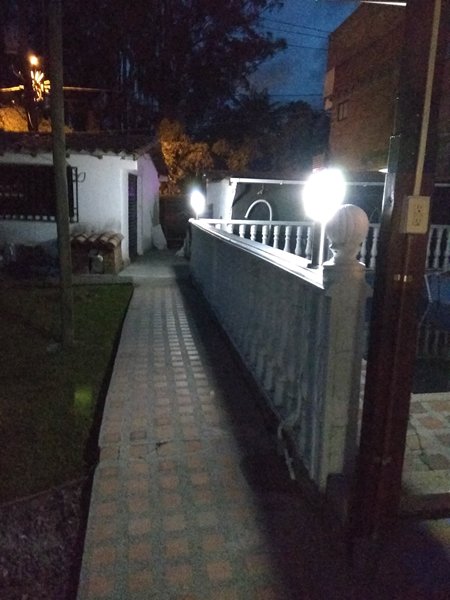 They do as good of a job as the old ones, and I may add a couple more.