The Downside of Colombia

My Father-in-law, Henry,  summed up Colombians yesterday, and I hasten to add, that this does not apply to all people here, he told me to beware because many Colombians will be friendly and nice to your face, but as soon as your back is turned they will stick the knife in... sometimes literally, and that has been my experience here.

Henry lives in Caucasia, north-east Antioquia,  he tells me, that part of the country is lawless, and even he won't venture out at night, he goes to his room and watches television from 8pm, to go out at night is risking life an limb, the peace process has not made that much difference, the problem has just moved from one group to another, they receive no help from the Police, the Mayor, the Governor, or Central Government, and don't see any sign of change coming any time soon.

It is not quite that bad in this part of Antioquia, but there are crime gangs, drug gangs, and extortion. There is a general lack of respect not only for life, but other peoples property, and this does cause problems. Such as our 'Enimigo', he has properties now on both sides of us, and believes that the road belongs to him.

Outside one of the properties, is an area which before he moved his business here was the passing area for large vehicles, but he now uses it as the business car park, and for the dropping off of materials (sand / gravel etc.) which can be left for two days or more before being removed. 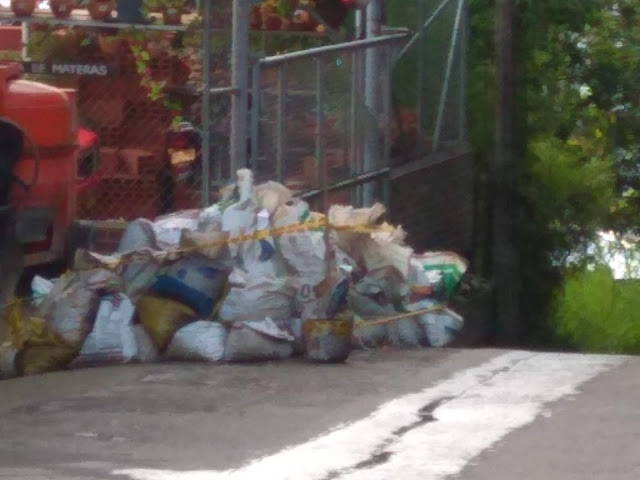 Because he parks his vehicles, and puts his materials there, another neighbour thinks they can do the same. 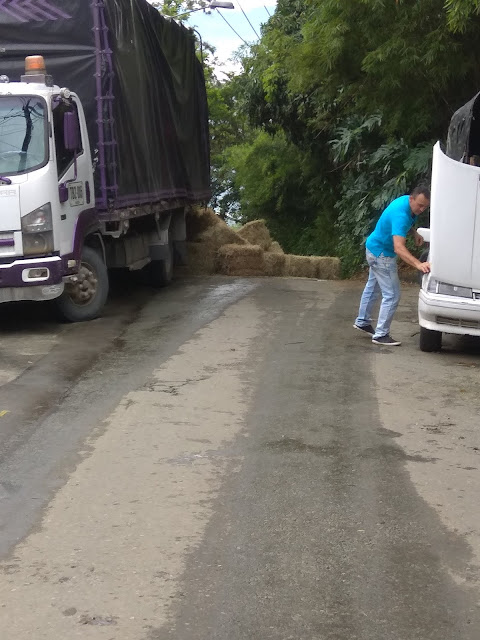 The neighbour (on the right) should know better, because when they falsely denounced me in March, they were told by the Enforcement Office, that it is illegal to park on the main road in a Vereda.

On the other side 'Enimigo' has another business, and they park their motorcycles on both sides of the road, restricting what is already a narrow passage. 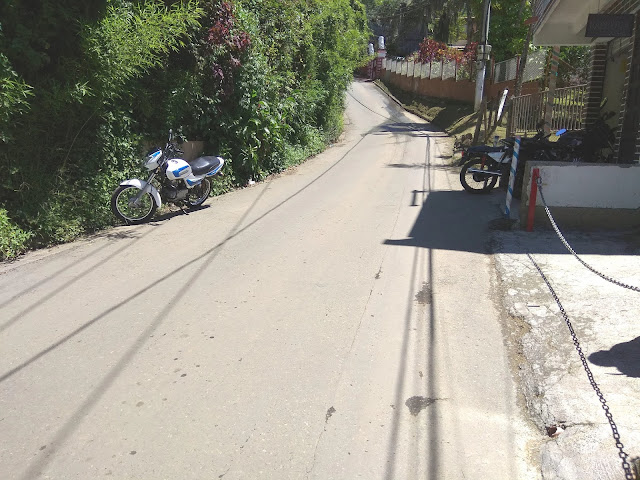 However as a result of the irresponsible behaviour of those involved, we have suffered a lot of damage, because as a result of the Town Hall issuing an ever increasing number of building licenses, the amount of heavy construction traffic during the week, and the number of large Tourist Buses together with visiting cars to the Fincas de Recreo at the week-end, makes our road like a motorway. The Secretary of Mobility, has stated in a letter that there is not a problem...he like the Mayor is not interested in doing his job, just furthering their own position by nefarioius means.

This culminated at the week-end with more damage, as a result of a lorry the driver of whom was aware of what he had done, but failed to stop, the incident and his registration was caught on the security cameras, unfortunately the video was too long to upload, but anyone with a Face Book Account can view it Here

The damage is not great, but with every incident the cost mounts up. 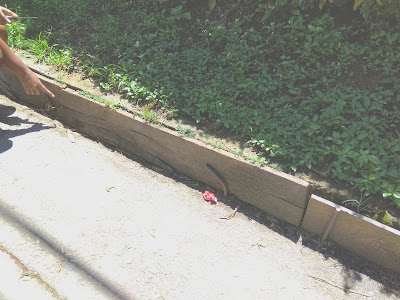 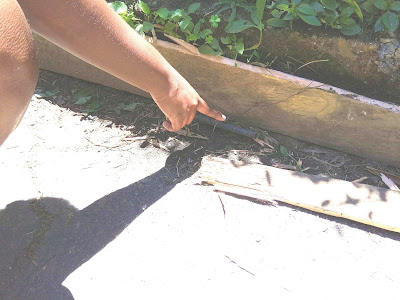 Did we report the matter? At the time I was fuming, and intended to, but we all know that the Local Authority fail to fulfill their responsibilities, both through laziness, and corruption, so there was no point, I would have been sat in the waiting room, possibly for hours, for nothing to be done. So I just continue my campaign to expose the Alcaldía de Copacabana (Town Hall) for what it is.