I long to be able to Post Good News.

I decided this morning that another three days without a mobile would drive me nuts, so I took my old Samsung down town, and registered a new sim card to the phone, at least I can cover the basics until I get my new one, hopefully Wednesday, and then take it to be registered on Thursday. I don't know if the system has changed elsewhere, but if your IMEI is not registered here, in time they block your phone.

After doing the shopping, I returned home, then about 1.45pm, I was at the desk when I saw a lorry, which I believe is owned by Enimigo, because it seems to do all their heavy work, arrived, but as it was approaching the Building Supplies, it came to an abrupt juddering halt, reversed and then pulled forward and parked.


The small truck from the Suppliers, then parked blocking access to our entrance. I went out and asked the lad if he could move the truck as Marcela was due home, he said no! I was steaming, I then saw the damage the lorry had caused. 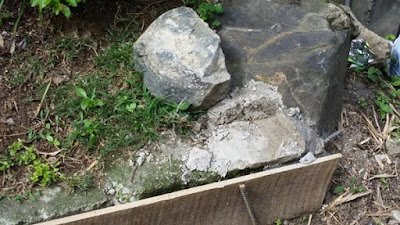 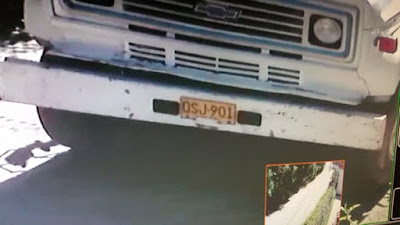 Yet again, not major damage, but they knew it had been done, and no one came to the gate, more damage at my expense.

I asked the Manager, if they were going to repair the damage, and he said no, as the lorry hadn't done it, a passing motorcycle had done it. I told him I had the incident on camera, but it made no difference... excuse my language, but he is nothing but a bloody liar.

I went home and thought about it, then returned to Agrozarzal, and told him that respect goes two ways, and he could tell Enimigo that we would not be attending the Town Hall, any time soon, to sign off on his building work...  I have no intention of putting myself out for him, when they go out of their way to make things awkward for us.
By Phil Sale at August 06, 2018