No Peace for The Wicked

Yesterday morning we spent car hunting, the first was in the depths of a Mall multi-storey car park in Medellin, it turned out the seller ran a business from there, and advertised as a private seller, which put us on the back foot to start with. It was a 2010 Nissan X-Trail 2.2 TD, which for the price, was not in the best of conditions, it was due it's revision tecnico mecanica (MOT), and SOAT(obligatory personal insurance) this week, we would also have had to insure it, all the same month as Christmas, was not a good idea. Also we were informed that all the transfer taxes would be paid by us, when they are normally split 50/50, additionally the tailgate struts had failed, and were not supporting it in the open position. He offered to reduce the price by $900.000  and have the revision tecnico done at his cost, so we said we would think about it and get back to him.

We then went on to see a 2009 version of the same model, in the same colour, the bodywork was pretty similar, but allowing for it's age, not in bad nick, it was $300.000 dearer, but the revision tecnico and SOAT were not due until January and February respectively, which at least gave us some breathing room, the car was much cleaner inside than the first one, but it did need new tyres all round, again we said we would think about it.

Initially we decided to go with the first car, purely on age, no decision would be finalised until we had had an independent inspection on Tuesday, but it seemed the way to go, Marcela rang him as we drove home, but asked him about repairing the strut, he said that would be up to us...we thought about it some more, and decided that his demeanor, and the fact that his 'discount' was phoney, because it would be taken up by the SOAT and transfer taxes, he was a typical second hand car dealer!

Last night we received a call from the second seller, who was only a young lad, selling the car for his Parents, he said we had not discussed money, and Marcela, told him that we were put off that we had to buy a complete set of tyres, on top of buying the car, so he agreed to reduce the price by $1.200.000, we said we would get back to him. 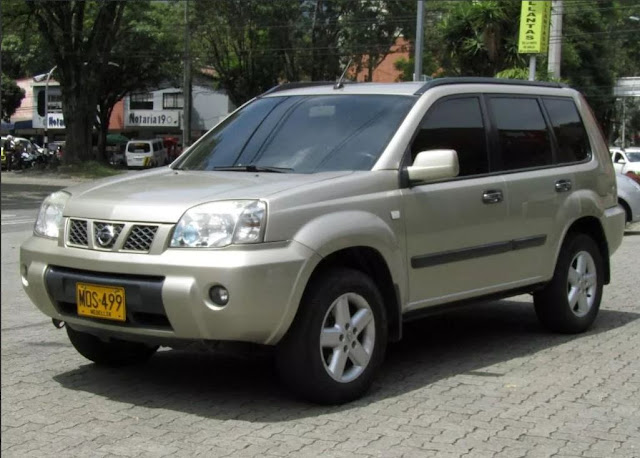 We then sat down and worked out the financial side of it, we eventually came to the conclusion that provided the owner of the second car would go 50/50 on the transfer taxes, we would buy that one, otherwise we would start looking again. To cut the story short, the deal was agreed, subject to an independent inspection, which we are arranging for Tuesday, unfortunately the lad is at College, but said we could call and pick up the keys and take it, we must look honest! If that is what happens, I will leave the Montero at their house, so the Mother will know we are coming back.

Today we have had a drilling team on site 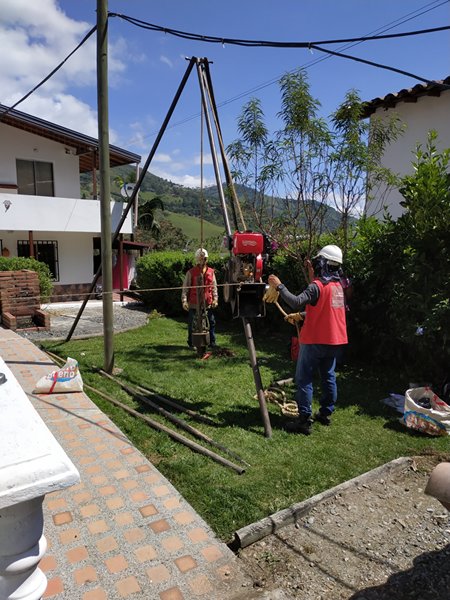 Unfortunately we didn't come across, water, Oil, or Gold, but we were informed that our land will take the weight of a three storey house!

It all took a lot longer than anticipated, and it was probably the hottest day of this summer so far, once they had gone, we changed and went out for lunch, then back for a  siesta!
By Phil Sale at December 02, 2018

Email ThisBlogThis!Share to TwitterShare to FacebookShare to Pinterest
Labels: Medellin, Nissan X-Trail, no peace for the wicked, revision tecnico, SOAT