Work has continued at a pace, despite all the rain...well, it is winter here, and we have not had the required amount of rain to avoid water shortages next summer, which should start next month, so even though it has slowed up work, it has been welcomed.

On Friday, Jaime decided they needed to move indoors if they were going to keep working on site, so the Dining Room, Lounge, and Kitchen were all cleared out.

The Dining Room, has been temporarily resited to the laundry area, so we are eating Al fresco. 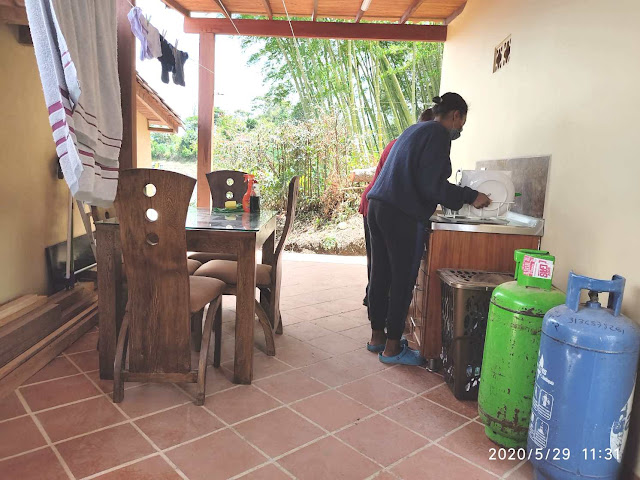 The kitchen base units have been permanently resited in the laundry area. 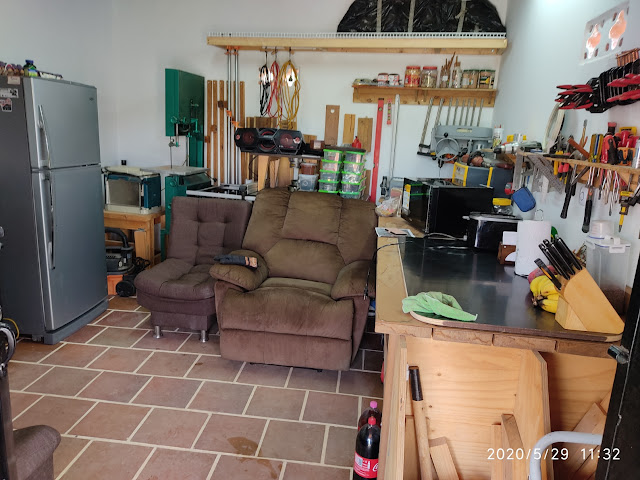 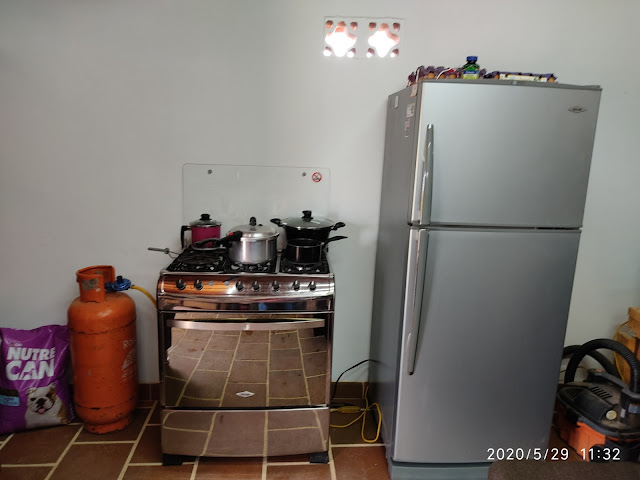 To say it is now cramped in there is an understatement!

Once we were outed, the work continued, the shell of the extension has been finished, and after a brief leak, is now watertight. 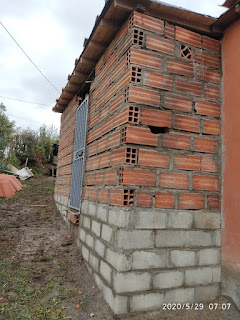 it was time to start demolition inside, the lads seemed to enjoy themselves! 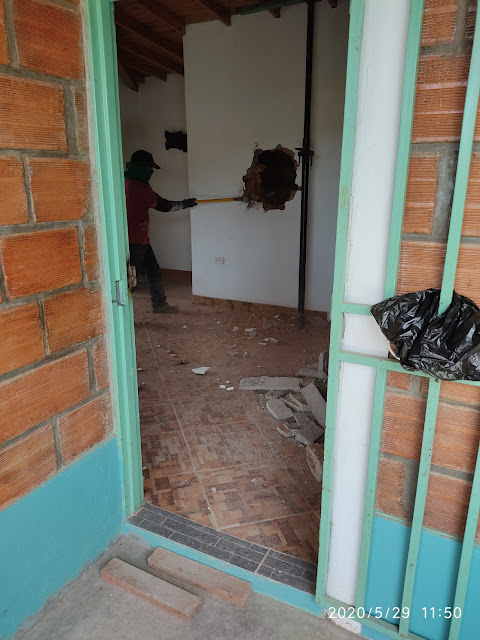 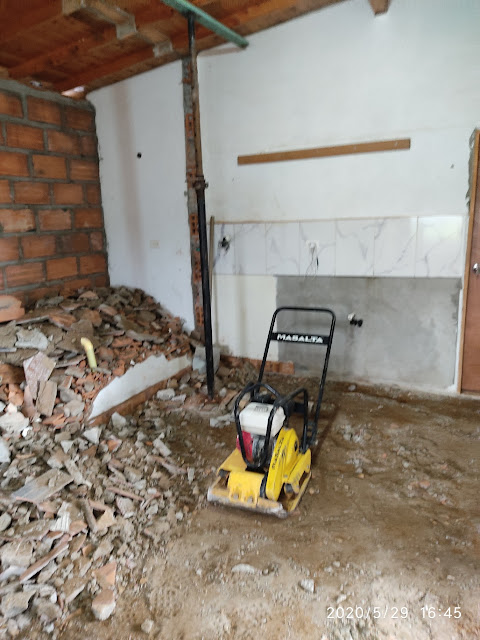 The dropped floor was not as bad as first thought, it had dropped 3cm, and that was not solely down to land movement, it was down to bad building work. The builder, had not compacted the earth beneath, then put the reinforcing mesh on top of the earth, but not in the concrete, so it was doing nothing, and when the floor was removed they just rolled up the mesh and took it outside, it may even get used again! 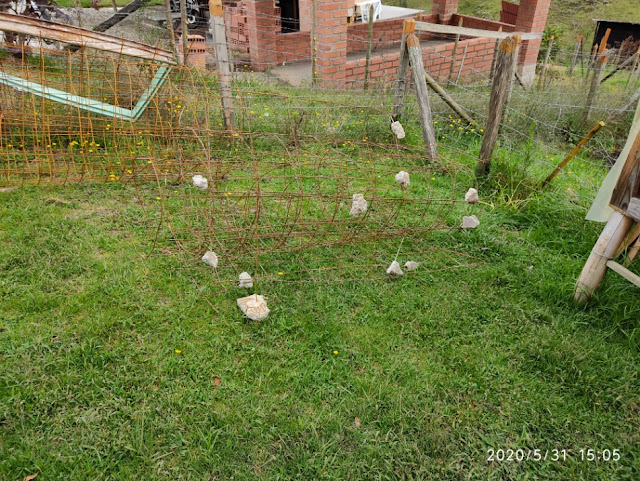 We hired a vibrating plate, so the floor could be compacted on Saturday morning, and Jaime spent a few  walking in circles making sure, the floor was going nowhere. 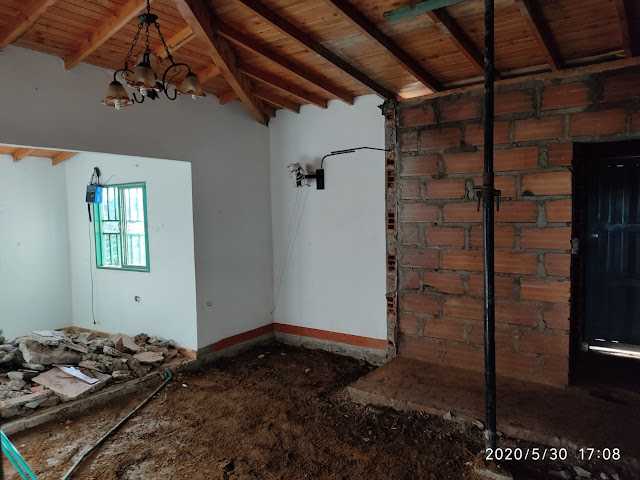 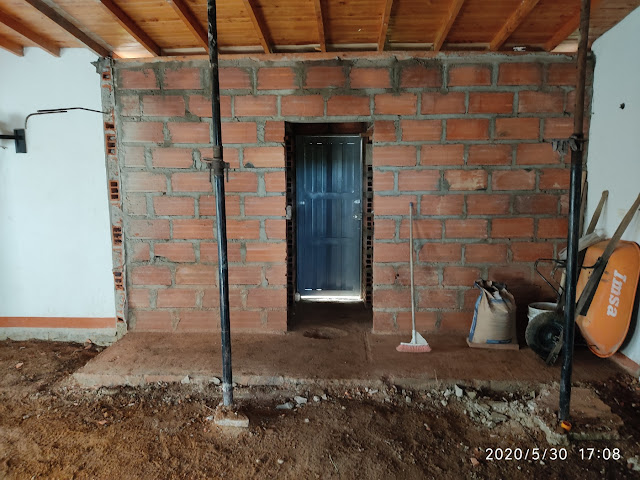 The only extra work, will come on Monday, as Jaime decided that his decision that taking down the wall, without  installing a wooden support beam, was probably not the best of ideas, and although there may have been no problems, it is not worth taking the risk.

The Kitchen Designer came back out to see the final space he has to play with, and we made a couple of amendments whilst he was here, and also asked him to replace all the interior doors as well as the new ones, we are having those made in Oak, so they should last. He thinks the kitchen will be ready on June 15th, subject to Jaime being ready for the installation.

I took the vibrating plate back at 11am to avoid having to pay more than a day, and Jaime and his Team left about 1pm, and will be back on Monday, along with the Electrician.

They have done another weeks hard graft, and good work at that.
By Phil Sale at May 31, 2020