A couple of weeks ago the President announced that big business, and big Construction Companies working on new Projects, could start work again, under 'strict' guidelines, but in reality everyone knew it was to appease his Buddies, what difference it made as to what they were working on was irrelevant, and it still meant that the small businesses would be going to the wall.

After waiting a week, to see if there was any changes, which there weren't, Jaime decided they would restart work, after all we are in the middle of nowhere, even if they had the virus, we were the only ones who would be effected. We all were face masks (tapabocas) when in close proximity, and we have provided ample cleanser and soap, there is little more that could be done.

Jaime contacted all the suppliers, materials that had been on hold, came, and work got underway. for obvious reasons, I am not putting up any photos that identify those working here, they are doing a great job, and the last thing I would want to do is cause them any problems.  All the old roofing came down, the corrugated panels, I gave to our Gardener, for his garage roof, and I reclaimed all the old timbers, spending a morning removing all the nails. 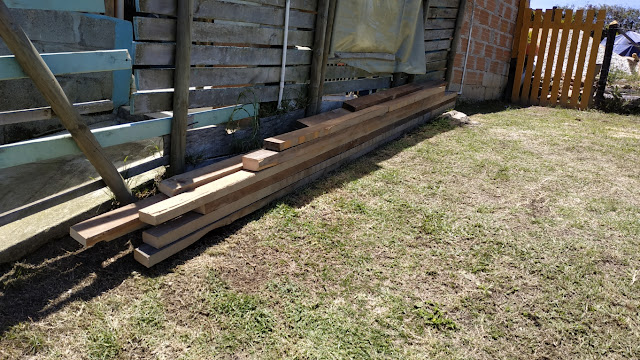 They were soon up to roof level, having put in a concrete viga, to keep the walls upright. 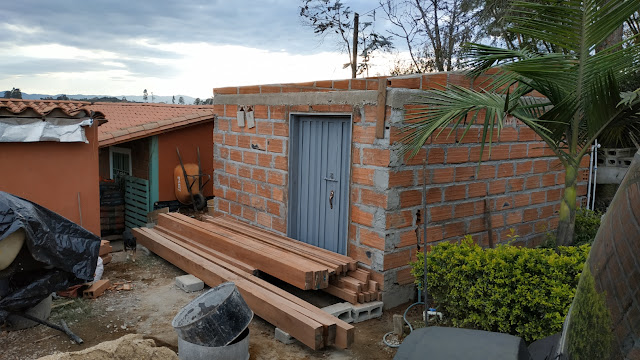 They then  prepared the area between the workshop and the house, the old BBQ area, which will become the Zona de Ropa, or laundry area 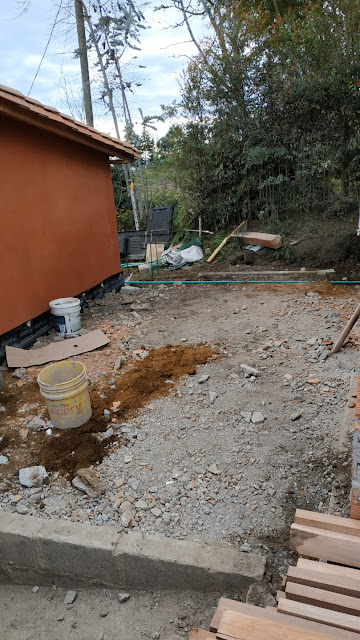 After which it was time for some wood to go up: 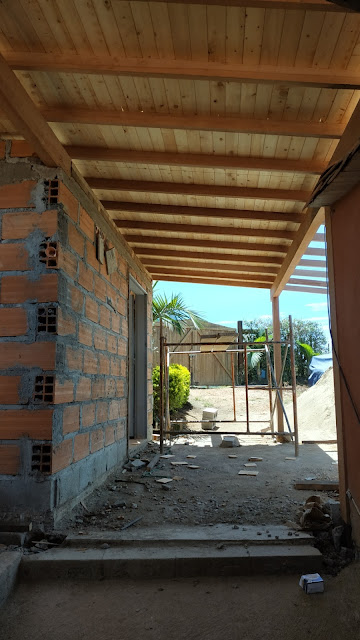 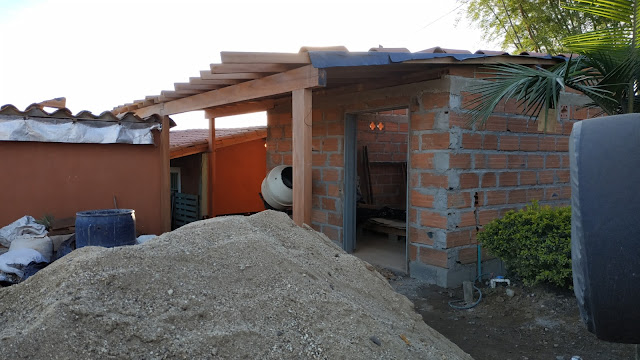