On Tuesday the new Electrician came, and between him and Jaime, the showers were installed 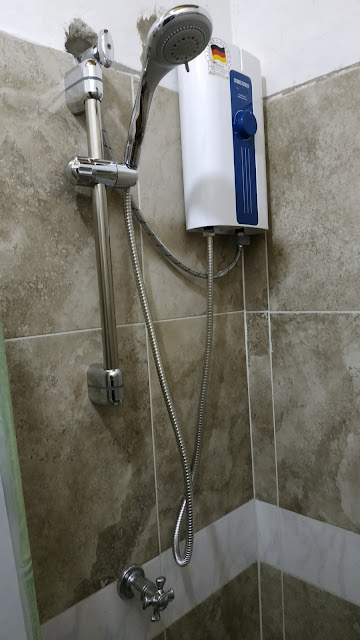 One in our shower room and another in the Guest shower room, there was a minor glitch, one of the shower heads leaked, but I contacted the Company, and another is on the way.

I have to be honest, I am a little disappointed with the performance, I thought they were going to be like European showers, where you could have a high pressure hot shower, they are not, in fact I would describe them as a wolf in sheep's clothing, they look just like European showers, but work on the principle of the dangerous Colombian version, the lower the water pressure the hotter it is...At least they look the part, and they !

Having completed the installation, the Electrician left, stating he would return, once Jaime started working in the house, to avoid unnecessary mess!