On second thoughts...Don't answer that!  I am just frustrated, this virus lockdown, maybe saving lives, although I am beginning to even question that, as we have been in 100% lockdown in Colombia for three months now, and the number of cases has just started to escalate, which seems to indicate that lockdown doesn't work, however I digress.

I have been spending a fortune over the last week on terracotta tiles or as they are known here, Gres,  I bought seconds for in the workshop, because it really didn't matter, it's a workshop, I don't need pretty!, saying that they look great, but I bought top grade tiles for outside, and yesterday they were being laid.

Two thirds of the way through, Jaime called us out, they were having a problem, despite being first grade tiles, they were all different sizes, and not even square, and that was in the same packet, so it wasn't a case of different batches. I know that terracotta tiles will vary by a millimetre or two, but not five, and off square. 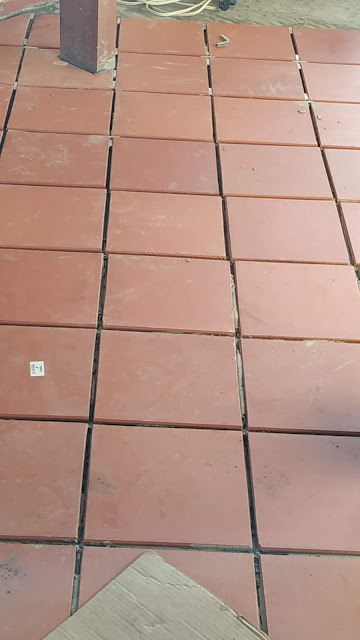 As a friend of mine put it, it looks as if Stevie Wonder was asked to lay them! Marcela phoned the Supplier, and obviously the first thing said, was that they couldn't come to inspect the tiles, due to the movement restrictions, but they could do an exchange, and check the new tiles before they were sent, not much point to that as the laundry area was nearly finished, but those bought for outside the workshop, and the steps down to the house, yes, that was an option.

As Marcela pointed out, our concern is that we had just ordered another 40m+ of tiles to redo the lounge and kitchen floors, if we had the same problem there, it would look horrible, they promised to check that all sent out were of a similar size, as for those already down, they would look at giving a part refund.

Today Marcela spoke with another Assessor, who kiboshed the idea of a refund, stating that Terracotta tiles are always of different sizes, by their very nature, they change size when in the oven...What a load of tosh, yes by a millimetre or two, but they don't change shape as well, if that was the case, what is the point of having premier tiles and seconds, they should all be seconds, with a price to match. Yes, I have had terracotta tiles before, and no I haven't run into this problem. We'll just have to see what happens.
By Phil Sale at May 22, 2020

It has been a bugger of a day to say the least! It rained all morning, more or less putting a stop to any work by Jaime and the Team, in the... 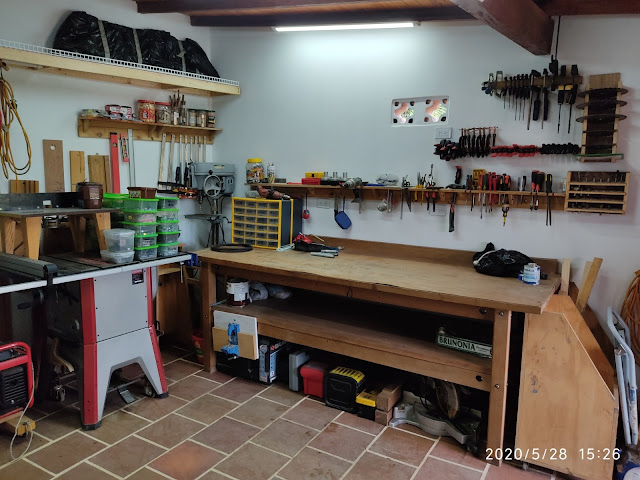